Upcoming Audi Q6 will be the brand's biggest SUV

The new Audi Q6 SUV is one of the biggest vehicles to be built on the MQB modular platform. 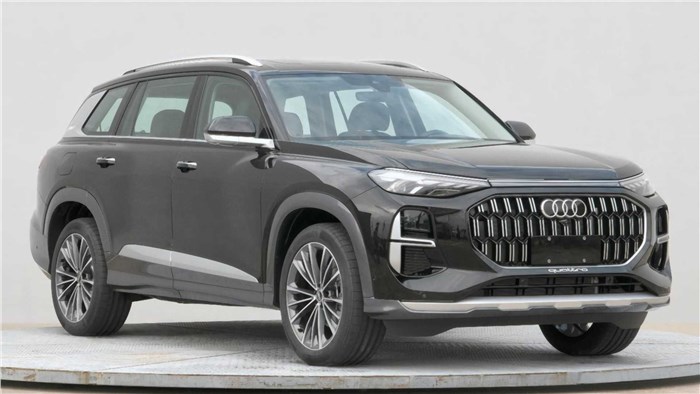 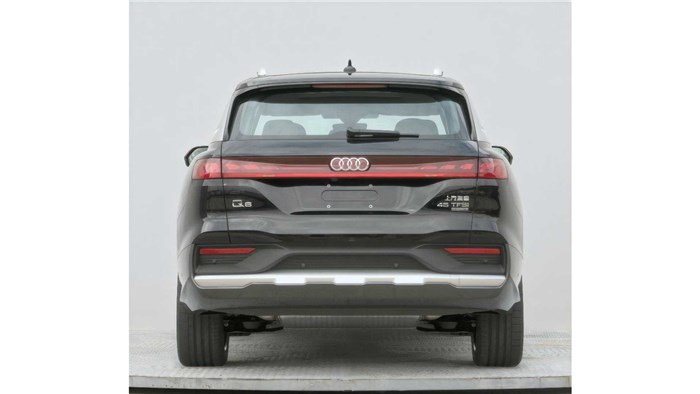 Audi has been readying a full-size SUV above the Q7 for quite some time now. The model has been leaked in full ahead of its official debut in China, with spy pictures showing the SUV from all angles and revealing details of its dimensions and engine options.

Audi Q6 SUV: what do the leaked images reveal

While the SUV was speculated to be called the Audi Q9, leaked images confirm that the model will be called Audi Q6. Interestingly, Audi is also developing an all-electric Q6 e-tron SUV that is a completely different model than the Q6 we see here. The Q6 SUV will first go on sale in China and could be seen in other markets in future.

The new Q6 SUV also sports unique design cues, especially up front, with the headlamps being connected by a chrome strip and a slightly altered shape of the grille. The grille inserts also have a new pattern, which could make it to future Audi models. Another pair of large secondary headlamps are placed vertically besides the grille, surrounded by faux aluminum outlines.

On the sides, the new Q6 has a large glasshouse with prominent chrome outlines along with a thick chrome band being placed just aft of the D-pillar. The SUV gets contrast faux aluminum door inserts and chrome inserts on the wing mirrors.

While the interior has not been revealed yet, we expect the Q6 to come with a plush three-row cabin replete with faux aluminum and leather all around, and a loaded feature list that includes multiple airbags, and active as well as passive safety features.

The new Q6 will see a global premiere this April at the Beijing Auto show in China. There is no news of the model coming to India in the future, but Audi will, however, re-enter the small luxury SUV segment with the Q3 SUV that launches later this year.

What are your first impressions of the all-new Audi Q6? Let us know in the comments below.