With Android 12, you’ll be able lock, unlock and start your car, but with select Pixel and Galaxy smartphones at the moment; BMW likely to be the first to offer the digital car key feature. 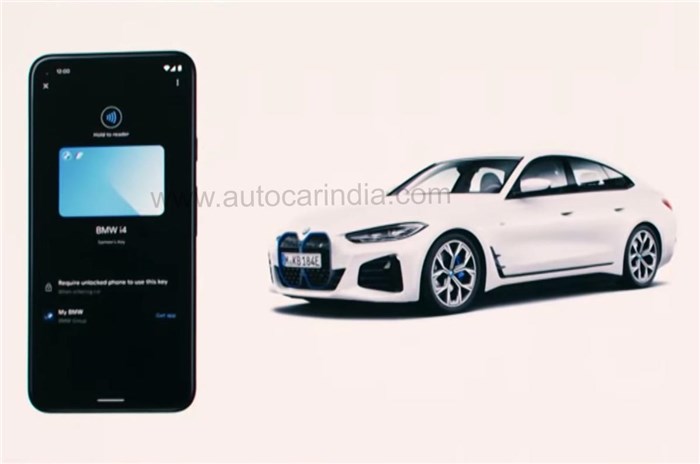 At its 2021 I/O developer conference held yesterday, Google announced its new offering called ‘Digital Car Key’. With the upcoming release of Android 12, Google will offer you the ability to lock, unlock and start your car via your phone.

While Google did not elaborate exactly how the feature works, it did say that it uses Near Field Communication (NFC) and Ultra Wide Band (UWB) radio technology, thus it’s likely to function with the phone in your pocket or by tapping the door handle with it. Also, should you need to lend your car to a friend, Google says you will be able to “remotely and securely” share your digital car key with them.

With your phone almost always with you, this feature will be pretty handy and will lighten your pockets, given that it will replace the – often bulky – key fob entirely. Metaphorically, too, expect a lighter pocket, as for now the Digital Car Key will be limited to certain high-end Pixel and Samsung Galaxy smartphones.

Carmakers too may offer this at a premium, and for now, only BMW has been confirmed as a partner in this tech. However, Google did not mention which car models or exactly when they would be available on sale.

While this feature will be native to Android 12 on select phones, it isn’t the first instance of unlocking a car with a phone. At its 2020 Worldwide Developers Conference (WWDC), Apple announced its Car Key, which works with the iPhone or Apple watch, while some brands like Tesla, Hyundai, Volvo, and even homegrown carmaker Tata Motors, offer smartphone or smart watch apps to operate your car.

Android 12 is set to release later year, though judging by the speed – or lack of it – shown by carmakers in offering wireless Android Auto, don’t expect Google Digital Car Key to be a mainstream feature very soon.