Tata Motors sells 40,777 cars in January; its highest ever 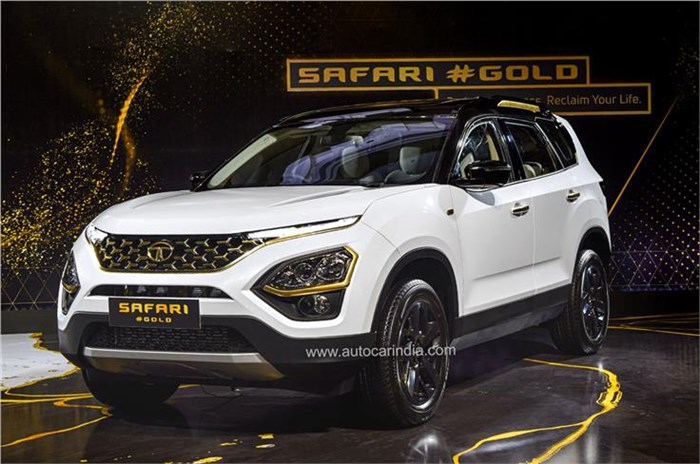 The Harrier and Safari managed to put in a respectable combined performance of close to 8,000 units.

It’s no secret that Tata Motors made an incredible rise up the automotive ranks in 2021, even overtaking Hyundai to take the number two spot in December. The Indian carmaker has posted its best monthly sales of all time in January 2022. Though having come up just shy of Hyundai this month, 40,777 units is the most vehicles Tata Motors has ever sold in a single month, and the brand is confident of crossing the 50,000 mark sometime this year.

The big hitters in Tata’s resurgence have, of course, been its SUV models, which accounted for 28,108 units last month. Joining the bestselling Nexon compact SUV is the recently launched Punch sub-compact SUV, with both models having crossed 10,000 units apiece in January. What this also tells us is, despite their premium positioning, the higher-priced Harrier and Safari still managed to put in a respectable combined performance of close to 8,000 units.

With just a single model – the Nexon EV – for most of 2021, Tata Motors managed to become the market leader for EVs in India, accounting for a meaty and enviable 70 percent of all electric cars sold. This was bolstered by the Tigor EV towards the rest of the year and, riding on this success, the brand was able to sell the most EVs in a month ever, at 2,892 units, in January 2022. The contributing factors, of course, are an early-mover advantage and the fact that these are the two most affordable passenger EVs on sale right now. This, however, is only the beginning for Tata Motors, which has an aggressive 10-EV plan in store for the next five years.

Launched just last month, Tata Motors’ two CNG offerings, the Tiago iCNG and Tigor iCNG, already seem to have found popularity amongst the Indian car-buying public. In the month of their introduction alone, they managed to account for 42 percent of all Tiago and Tigor model sales. Combined, both CNG models sold over 3,000 units, and as we found out in our review of the Tiago CNG, it’s not just because they, unlike most CNG cars, retain the strong driving characteristics of their petrol counterparts. It is also because, unlike rivals, they are offered in a number of different variants and price points, not just a single low-spec model, which gives them a broader appeal.

Tata Motors’ winning streak shows no sign of abating, and with a range of popular models and the promise of an exciting electric future, expect to see it feature near the top of the sales charts for more months to come.

Do you think Tata Motors will regain and retain the number-two carmaker spot in 2022? Let us know in the comments section below.

But Tata motor needs to address quality of end product and aftersale aftermarket services, which are very poor, I experience it, very bad response and reply. M 9001017409

But Tata motor needs to address quality of end product and aftersale aftermarket services, which are very poor, I experience it, very bad response and reply. M 9001017409