Jeep parent Stellantis to launch only EVs in Europe from 2026

Premium car brands owned by Stellantis like Alfa Romeo, DS, Lancia and Maserati will only introduce EVs from 2025; eyes to transition to an all-electric line-up by 2030 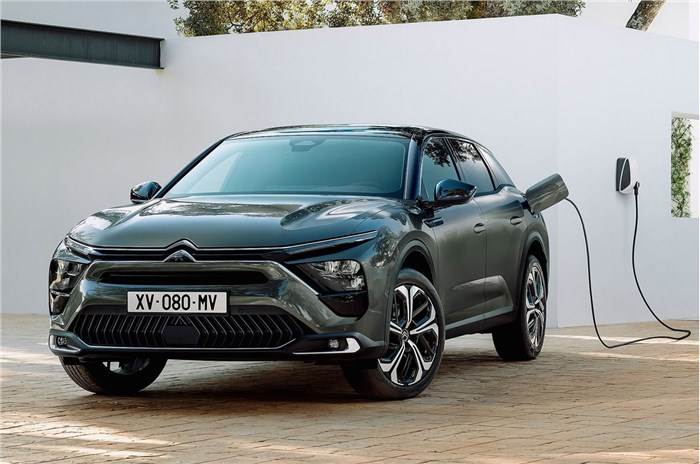 Stellantis eyes transition to EV-only company in Europe by 2030.

All Stellantis model launches from 2026 in Europe will be pure-electric as the company strives to slash its carbon footprint. The deadline has been set with a view to reduce Stellantis' carbon output by 50 percent by 2030.

Stellantis' new strategy, detailed on March 1 by CEO Carlos Tavares, is called Dare 2030. It will have each of the company's 14 brands go all-electric in the coming years, using a family of new EV platforms and advanced software architecture.

The company will sell only EVs in Europe by the end of the decade, and 50 percent of its US-market passenger cars and light commercial vehicles will be pure-electric by that time. Tavares confirmed that the company will launch 100 new products between 2022 and 2030, by which point it aims to boost revenues by 72 percent compared with 2021 levels €152 billion (around Rs 1,276 crore).

A big part of this push will be a reinvention of Stellantis's premium brands – Alfa Romeo, DS, Lancia and Maserati will only launch EVs from 2025 and stop selling ICE cars from 2030. Overall, Stellantis will launch 75 new Battery Electric Vehicles (BEV) models by 2030 and be selling five million annually by that point.

In addition to expanding its EV portfolio, Stellantis seeks to double its net revenues by 2030, while sustaining double-digit margins for the duration of the strategy. Its break-even point will remain at fewer than 50 percent of shipments.

It also seeks to bolster its in-house production capabilities by expanding its EV battery capacity to around 400GWh across the US and Europe, rolling out hydrogen FCEV drivetrains to its large vans by 2024 and working with autonomous-driving technology developer Waymo to create a "delivery-as-a-service platform".

Previewed as part of the presentation was a new electric SUV from Jeep, which will be launched in the first half of next year and joined by an electric "lifestyle" family SUV in 2024. The unnamed new model looks similar in size to the existing Renegade crossover, though with heavily evolved styling that gives clues to the look of Jeep's future line-up.

It was shown just two weeks after Jeep CEO Christian Meunier outlined plans for the SUV brand to add a pure EV in "every major SUV segment" by 2025. He said there will be "a few BEVs before the Wrangler", and that the company will "cover the entire range of SUVs – true SUVs, not raised hatchbacks" in its EV push.

Meanwhile, Dodge will launch an all-electric pickup in 2024, which Tavares said will "outperform" its primary rivals – the Ford F-150 Lightning and Chevrolet Silverado EV – in terms of range, payload and charging times.

Moving to the Indian market, Stellantis is currently focused on two of its brands - Jeep and Citroen. Jeep recently launched the Compass Trailhawk facelift in India with the all-new Meridian and the new Grand Cherokee set to follow in the coming months. Citroen meanwhile is readying to launch the new C3 in India in the coming months.

Jeep Meridian India launch in May 2022