The 1,750hp hypercar broke an additional three world records in its pursuit to displace the Bugatti Chiron Supersport 300+ as the fastest production car in the world. 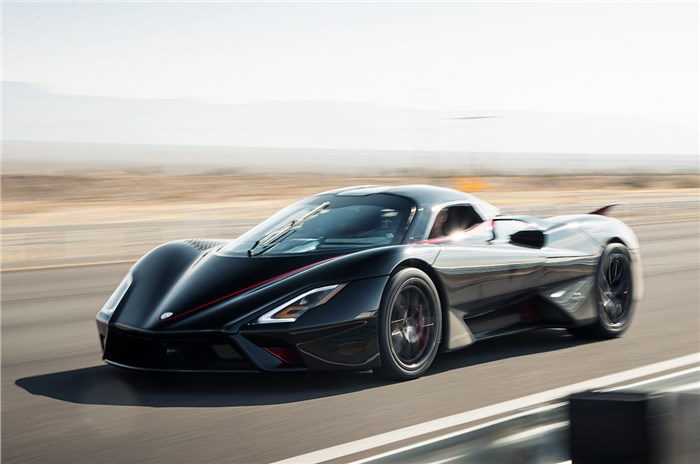 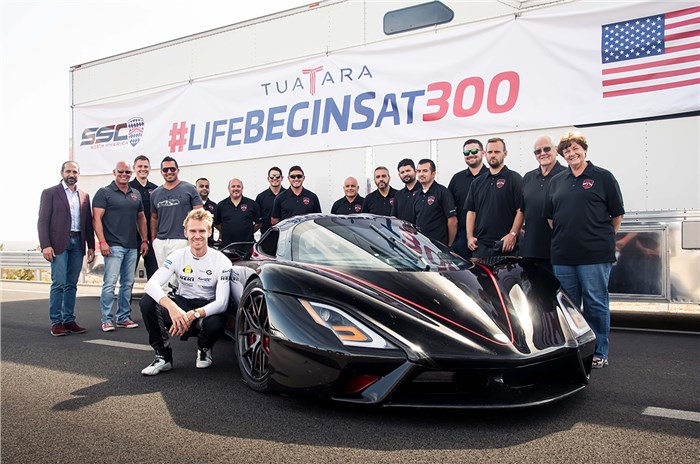 The SSC Tuatara, a 1,750hp hypercar from North America has been crowned the fastest vehicle in the world, 10-years after the company last claimed the title with the SSC Ultimate Aero.

The Tuatara averaged 508.73 kph following two consecutive high-speed test runs in opposite directions, with the first run yielding a top speed of 484.53 kph, and the second run yielding 532.93 kph.

According to Webb, the SSC Tuatara had even more to give, with him saying, “There was definitely more in there. And with better conditions, I know we could have gone faster, as I approached 331 mph [532.69 kph], the Tuatara climbed almost 20 mph [32.19 kph] within the last five seconds. It was still pulling well. As I told Jerod [Shelby, CEO of SSC], the car wasn’t running out of steam yet. The crosswinds are all that prevented us from realizing the car’s limit.”

In accordance with record criteria, the production Tuatara completed runs in opposite directions, clocked its speeds within one hour, used non-race fuel, wore road tyres, and had its speed tracked by GPS measurement systems. An average of 15 satellites tracked the car’s record runs.

SSC Tuatara: All the records it broke

In addition to the “Fastest Production Vehicle” record, the SSC Tuatara broke another three world records:

This takes the Tuatara’s tally of world records held, to a total of four.

SSC developed and built the Tuatara’s twin-turbo 5.9L flat-plane crank V8 in collaboration with Nelson Racing engines, a firm specialising in high-performance V8s. The bespoke engine produces 1,750hp while using E85, a combination of petrol and ethanol, and 1,350hp while using 91 Octane. Power is sent to the rear-wheels via a paddle-shift operated “CIMA” 7-speed computerised manual transmission working in unison with an “Automac” AMT system.

SSC claims that the Tuatara boasts an “all-time production-hypercar best” drag coefficient of 0.279. The hypercar was designed in partnership with world renowned designer, Jason Castriota of Castriota Designs.