Lack of sponsorships and resultant funds means that the team could miss the record attempt window in 2021; project put into hibernation due to coronavirus pandemic. 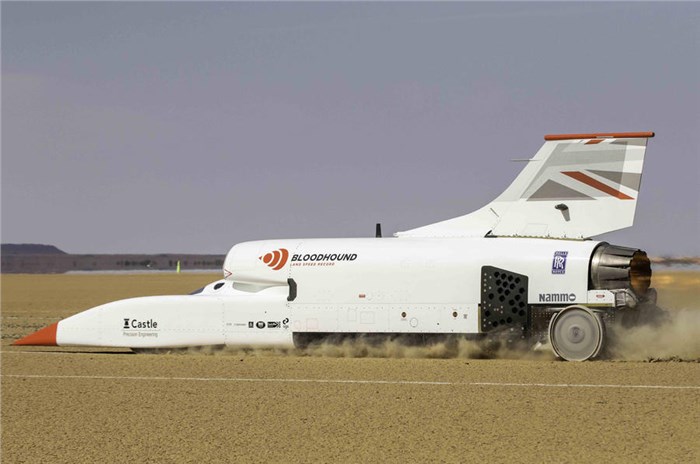 A planned land speed record attempt by Bloodhound LSR next year is now looking “unlikely” as the team mothballs the project during the coronavirus pandemic.

The British rocket- and jet-powered machine was due to attempt to beat the current record, set by Thrust SSC in 1997, of just over 1,228kph. However, a media release sent out today confirms the pandemic “has inevitably had an impact on potential sponsors”.

Ian Warhurst, Bloodhound’s CEO, said, “Rightfully, the world has more important things to focus on right now. Discussions with a number of global brands were looking promising when Covid-19 struck, but the sponsorship industry literally shut down.”

“This means our ability to raise the necessary funds in time and, consequently, the window to conduct the LSR [land speed record] campaign safely in 2021 is now very likely to be missed,” he went on to say.

The project hibernation is intended to reduce overheads “to an absolute minimum”. However, it’s unclear if anybody working on Bloodhound has lost their job there.

Attempting to lift the spirits of its fans, the team has released a video showing how Bloodhound accelerates compared with a Formula 1 car, a Bugatti Chiron and a ‘regular’ road car. The speeds of the cars represent how they would perform on a normal road surface.

Bloodhound reached a new top speed of 1,011kph at the end of a testing session in South Africa last year, with driver Andy Green, the current record holder, lifting off the throttle at 990kph. The programme was designed to measure the car's drag at high speeds, rather than reach the car's maximum speed.

The project was saved from administration in December 2018 when Warhurst stepped in. However, the team has long been vocal about the need for more sponsors to carry the project to its completion.