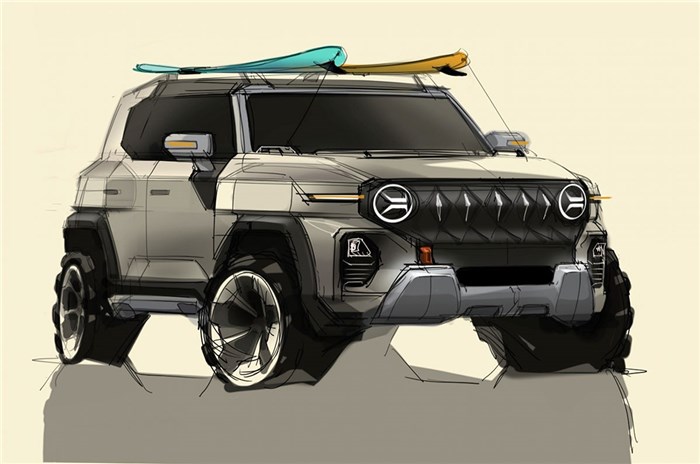 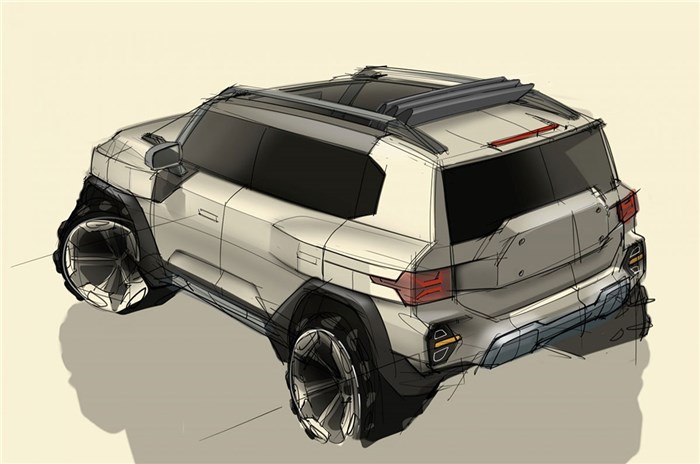 Mahindra-owned SsangYong, has released design sketches of yet another next-generation SUV. Codenamed the X200, the new SUV carries the brand’s newly created design vision and philosophy.

As with the J100 SUV previewed last month, the X200 sketches also preview a retro-styled boxy and upright SUV. Notable styling cues include a prominent blacked out section on the nose housing the grille and round headlamps, a chunky front bumper with a prominent skid plate and vents. The slim fender mounted lights alongside the headlamps are a throwback to the original Korando. Look closely at the design of the nose and some classic Jeep elements become apparent in the shape of the blacked out section with the slatted grille.

Down the sides the squared-out detailing is apparent in the prominent protruding fender flares lending the SUV a wider stance with the doors set more inboard than the width suggests. The rear meanwhile does bear some similarities with the J100 with the notable protrusion in the centre of the tail-gate and squared off design element. The sketches also suggest the model could get an openable soft-top roof panel.

The carmaker says that the design is based on four formative concepts: ‘Robust Architecture’, Unexpected Delight’, ‘Vibrant Contrast’, and ‘Communion with Nature.’

“Of these four elements of sculptural identity, ‘Robust Architecture’ pursues the beauty of tough structural shape and detailed sculptural beauty. ‘Unexpected Delight’ appeals to differing lifestyles, offering amusement and excitement by embodying a design that values more than mere transportation. ‘Vibrant Contrast’ expresses the original characteristics of a tough SUV through the contrast between aesthetic elements of colour, texture and modelling, while ‘Communion with Nature’ is intended to harmonise with the natural world, echoing the sensibilities of our customers,” says Lee Kang, head of the SsangYong Design Centre.

The bankrupt SsangYong applied for court receivership late last year after defaulting on loan payments following parent firm Mahindra rejecting a proposal to inject fresh funding into the company earlier in the year. Mahindra later said that it had begun to look for investors for the brand.

SsangYong in its announcement revealed that its decision to accelerate product development was part of the company’s plans to make the brand more appealing to potential investors in the future. The carmaker has said that it is undergoing intensive restructuring with one of its goals being to quickly end its rehabilitation procedures and renewing confidence within the brand.

It is understood that US-based car importer HAAH Automotive Holdings is keen to go ahead with a plan to acquire a controlling stake in SsangYong.