MQB A0 IN is a derivative of the VW Group’s MQB A0 platform and will underpin future Skoda models for India. 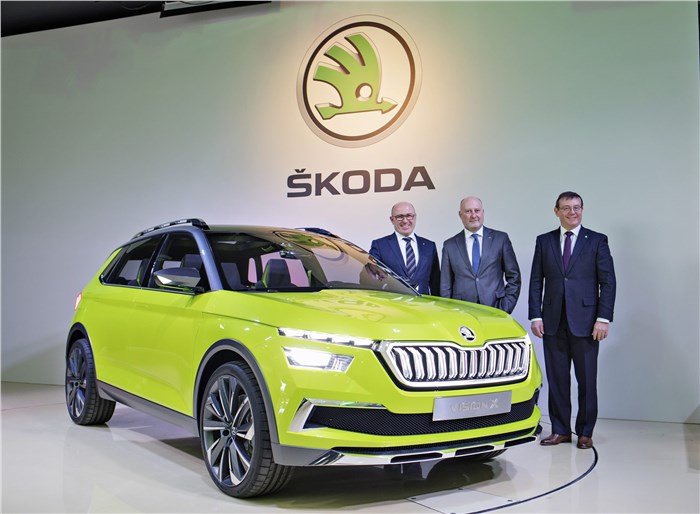 In September 2017, we had reported that Skoda has been working on a new ‘Eco Car’ platform for cost-sensitive markets like India. The platform in question has found prominent mention in Skoda’s 2017 Annual Report that was released yesterday.

The new platform is a derivative of the VW Group’s MQB A0 platform and will be called the ‘MQB A0 IN’. The platform is being developed for emerging markets, with India being the focus. Skoda has stated that the new platform will be adapted to suit both local climatic conditions as well as local tastes. The text mentions ‘temperature range of the air-conditioning system’ and ‘interior design’ as some of the specific requirements.

The MQB A0 IN will be highly localised and Skoda is already in talks with suppliers over the development process. While Skoda will take the lead on this project, the platform will also be used by Volkswagen.

As we reported earlier this month, Skoda is likely to take over VW’s Chakan plant, which will be the production base for a slew of future high-volume models that Skoda plans to develop. The plant will be retooled in order to accommodate a new production line for the MQB platform and its derivatives – including the unique MQB A0 IN architecture.

The MQB production line will be built parallel to the existing line, which will continue to produce cars built on the older PQ25 platform.

The first model to roll out will be an SUV that is expected to rival the Creta. This model will borrow design cues from the recently unveiled Vision X concept. Expect Skoda to bring this new SUV to the Indian market around 2021.