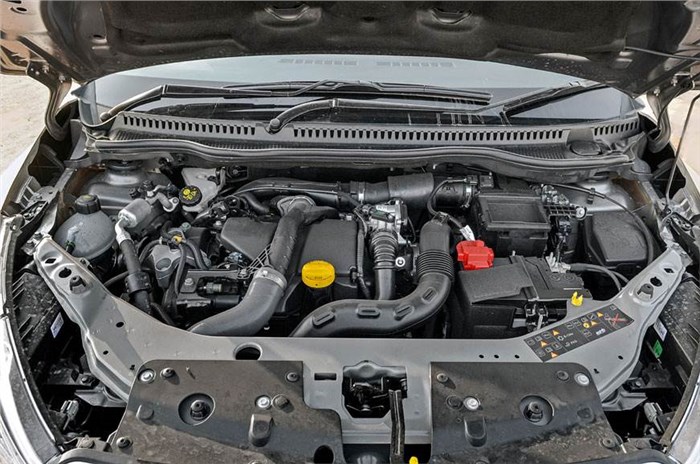 Renault CEO Thierry Bollore dropped a bombshell at today's global launch of the all-new Triber when he confirmed that Renault will stop selling diesel cars in India by 2020.

This decision is in line with the company’s policy of gradually phasing out diesel cars globally. “Diesel sales are naturally decreasing as a percentage of sale because of regulations and we have decided to limit the development of diesel engines for the future” said Bollore.

Axing Renault 1.5-litre K9K, the sole diesel engine in the Renault-Nissan India line-up could have a significant impact as this engine powers a wide range of Renault models like the Duster, Captur and Lodgy. For Nissan, it powers a small volume of the Micra and Sunny in addition to the Kicks, which was expected to pull in numbers but hasn't sold as per the carmaker's expectations. The discontinuation of the K9K would be an even bigger blow for Nissan and could snuff out whatever demand is left for the Kicks, which sold only 166 units in May 2019.

However, Renault India doesn’t want give up the K9K without a fight. The future of the K9K hinges on whether it can meet BSVI emission standards, which comes into effect on April 1, 2020 by using a Lean NOx Trap (LNT), a cheap but not the most effective way to meet the more stringent standards. The better option is to use a Selective Catalytic Reduction (SCR) system, which meets the BS6 standards by a comfortable margin but that’s proving too costly.

In fact, the original plan was to upgrade the K9K to BS6 with an SCR system just like in Europe where this engine easily meets Euro VI standards and powers a wide range of models. However, the drastic drop in K9K volumes in India has made the SCR option unviable.

Sales of K9K powered cars dropped from 18,386 units in FY 2017-18 to 11,892 units in FY 2018-19 and hence the cost impact of developing an SCR system for these smaller volumes would price key models like the Duster, which still sells an average of about 850 units a month, completely out of the market.

The failure of Kicks has put pressure on the joint operations of Renault and Nissan. “The RNAIPL (Renault Nissan Automotive India Pvt Ltd) plant has a capacity of 4,80,000 units and the break-even comes from there, so the most important thing for me is to fill the plant capacity. And it doesn’t help me if Nissan and Datsun don’t perform; it hits me very badly,” said Venkatram Mamillapalle, CEO and MD, Renault India an earlier interview. He is, however, pushing hard to keep the K9K diesel alive. “We are still trying to meet BS6 with an LNT. If we can manage, diesel will stay.”

The prospect of an SUV line-up without a diesel engine could be a setback for both Renault and Nissan, especially since the only other engine option (for now) is an old school naturally aspirated 1.5-litre petrol engine.

However, Renault’s focus is now clearly on its budget car range. The recently launched Triber with its unique design and clever packaging could be the next big hit Renault has been waiting for. This will be followed up with a compact SUV (code:HBC) in 2020 as part of a product plant Thierry Bollore hopes “will double sales” for Renault in India.