The Venucia E30 is likely to have a 250km range; will debut at Shanghai auto show. 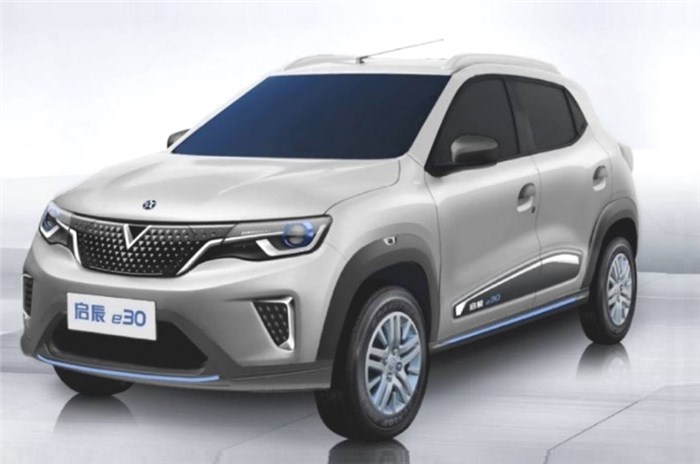 Renault-Nissan’s JV partner Dongfeng motors has released a first image of the new Venucia E30 EV, which is actually based on the Renault Kwid. For those who don’t know, Venucia is a Chinese domestic brand that was launched back in 2012 by Dongfeng and Nissan. The brand later became a standalone company wholly owned by Dongfeng, though the Renault-Nissan Alliance ties are still intact.

The Venucia E30 EV shares almost all of its body panels, running gear, interior and underpinnings with the Renault Kwid. The model, however, gets a unique front bumper and grille, along with slightly tweaked headlight design. The EV features blue accents on front bumper and side skirts. While there are no details on the powertrain, the Kwid K-ZE based Venucia E30 is expected to come with a 250km range on a single charge, as per New European Driving Cycle (NEDC) standards.

The Venucia E30 will make its debut at the upcoming Shanghai auto show, where Renault will also unveil the Kwid K-ZE EV.