The budget SUV has been adapted to suit papal needs: it gets a lowered suspension, plush rear seats and a roof-mounted glass box. 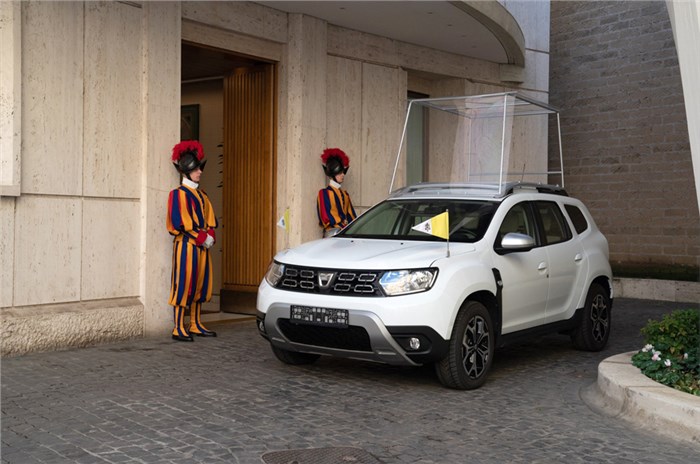 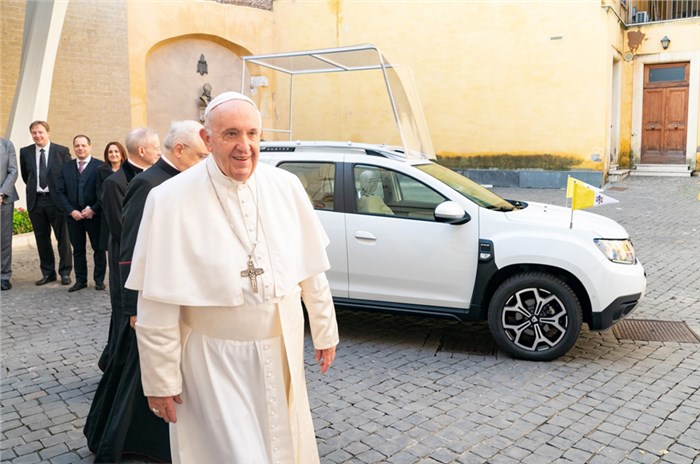 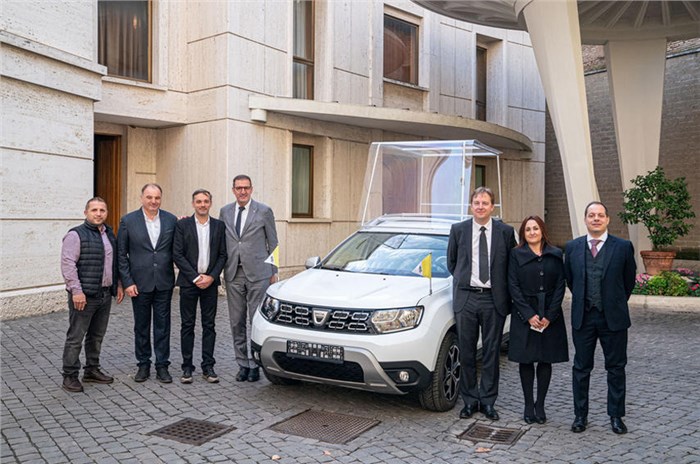 Renault has gifted a specially modified Dacia Duster to the head of the Catholic Church, Pope Francis.

The budget SUV has been adapted to suit papal needs by Dacia’s Prototype department and Special Needs Team, in partnership with Romanian coachbuilder Romturingia.

The new Popemobile offers the same five-seat layout as the standard Duster but has a "particularly comfortable" rear bench added to suit lengthy public parades.

Also featured are a large sunroof, roof-mounted grab handles and, as is customary with Popemobiles from all marques, a removable transparent display box to allow crowds a better look at His Holiness.

The specially modified Duster is finished in white with a leather interior, and its suspension has been lowered by 30mm to allow for easier ingress and egress.

The Duster won't be the Pope's first experience of a Dacia; during a 2016 visit to Armenia, he used an unmodified example of the Logan sedan as his official transport. He promotes frugality and modesty, whereas his predecessors rode in a variety of premium vehicles, including those from Mercedes-Benz and Range Rover.

In 2017, Lamborghini gifted Pope Francis a Huracán specially painted in the official colours of The Vatican. After he had blessed and autographed the car, it was sold at a charity auction for £630,000. 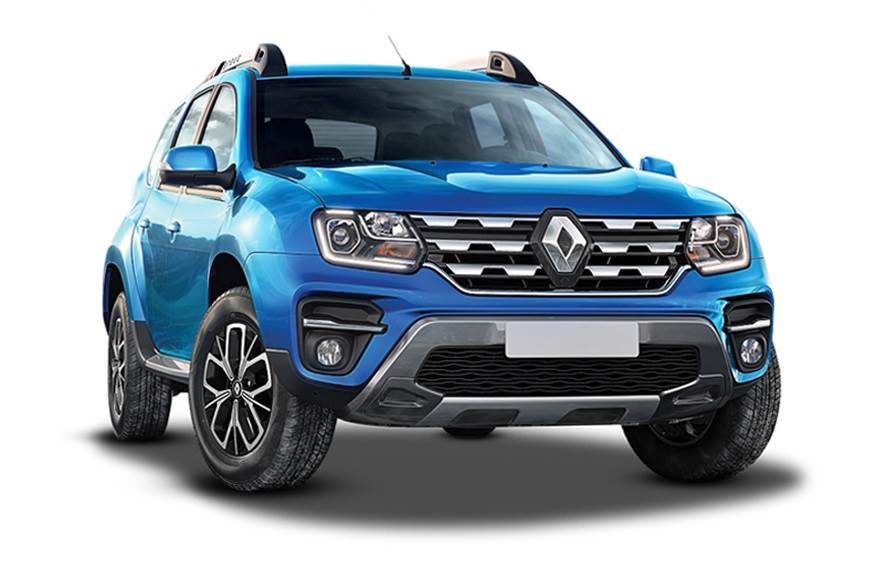