The replica has been created to commemorate 50 years since the Apollo 11 mission to the moon. 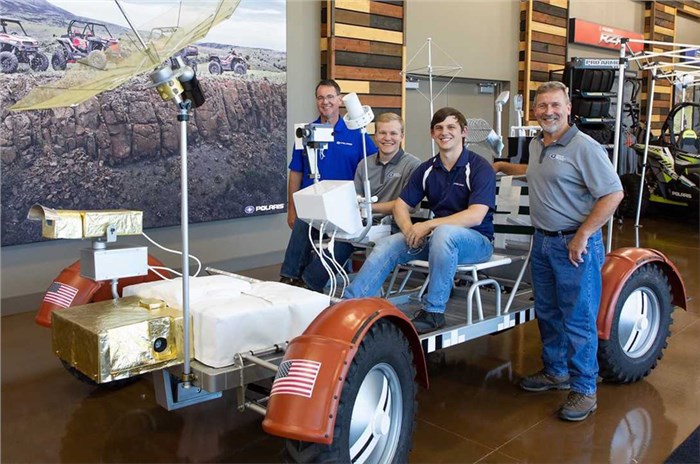 In order to commemorate the 50 years of the Apollo 11 mission, Polaris has created a working replica of the NASA Lunar Rover Vehicle (LRV) in collaboration with the US Space and Rocket Center (USSRC) in Huntsville, Alabama. The historic Apollo 11 mission began on July 16, 1969 and witnessed the first human set foot on the moon four days later, on July 20, 1969.

In order to build the LRV replica, Polaris used parts from its extensive line of vehicles which includes snowmobiles, motorcycles, Slingshots, ATVs, side-by-sides, Electric GEMs and military vehicles. The graphic below has details on which Polaris vehicles' components were used to create the 50th anniversary replica. 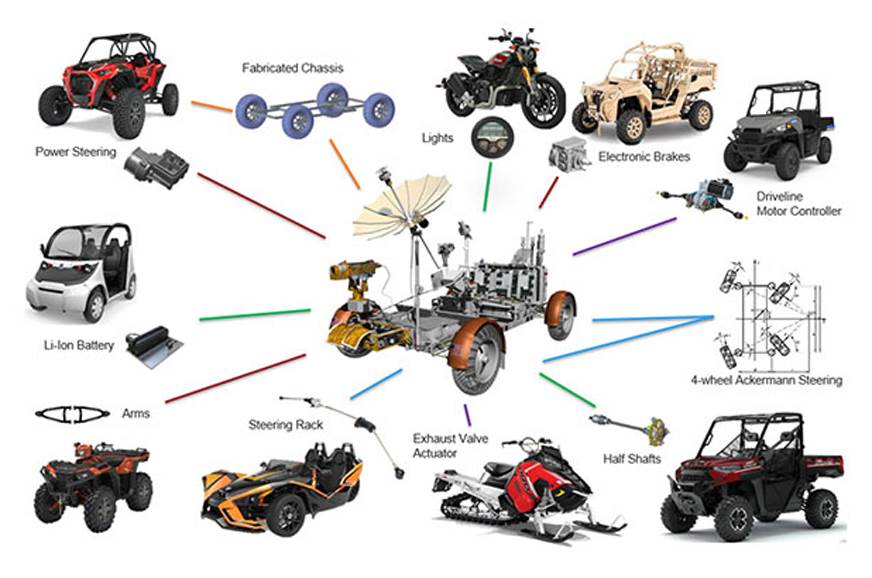 The working replica can accelerate, brake and has four-wheel Ackermann steering just like the original NASA Lunar Rover Vehicle. The replica also sports fenders made using the 50-year-old fibreglass moulds that produced the original LRV’s fenders.

Members from the original team that worked on the LRV along with a NASA astronaut were also involved in the building process.