Opinion: We Did Start The Fire! 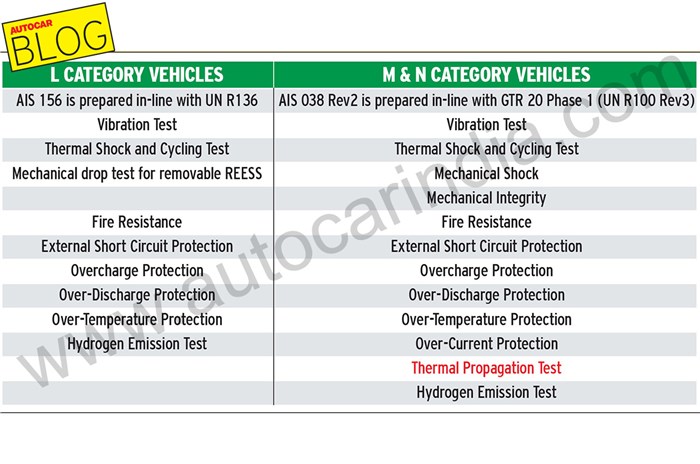 We are fussing over six airbags, but are the current battery safety norms enough?

On March 26, two electric scooters caught fire in different parts of the country. In one case, a father and daughter lost their lives. There have been at least four more cases in the last six months. In each case, the vehicle maker has promised a thorough investigation, the outcomes never in public domain. And we are blissfully unaware of what happens in the unorganised electric three-wheeler segment.

Accidents are a part of science, engineering, application, and progress. Yet, steps are taken to ensure they are minimised. While automakers have no control over usage and applications, they certainly are responsible for build quality and reliability. They are supposed to foresee mechanical and electronic failures, warn owners of the same, and physically bring them back for checks and corrections. It’s a process called “recall”.

There is a clear protocol about traceability and responsibility. This needs to be applied to all, legacy and new technologies, established and new players. If an ICE-based automaker must recall vehicles either by volition, or due to such an accident, so should an EV maker.

The fault does not lie squarely on the automaker. It is the collective responsibility of the policy makers, regulators, industry associations and the automaker to ensure maximum consumer safety.

While we are fussing over six airbags in cars, what exactly are the safety norms for the EVs? I am yet to see much being written about the same in the public domain.

There are two regulatory standards set by ARAI – AIS 048 for battery safety, and AIS 156 for overall 2W, 3W and quadricycles. The chart shows the details. While they are strict on paper, we sincerely hope the same with their compliance. In the rush to get the country electrified, are regulators allowing people to cut corners?

The incidents raise two questions of how exactly an automaker is pulled up for accidents caused by manufacturing defects, and is there an independent forensics and audit body that does the investigation? The answers are required because the “electric vehicle” is a new phenomenon in India and such incidents multiply the anxiety and apprehension with EV adoption. Specific brands also get dented in the process. We all remember how fires played a key role in damaging the Tata Nano’s image.

Finally, such instances reinforce the logic that all types of automakers in India should be part of only one industry body. Having a SIAM and an SMEV does not make any sense especially as all ‘legacy’ automakers will be making electric vehicles soon enough. If SMEV has been formed to hold up the cause of the EV, then there will soon be an SMHV, for hydrogen vehicles.

For the sake of the consumer, all of us will have to work together to douse the fire that we have started!