New Mercedes-Benz EQS will be the brand's flagship electric sedan

New EQS will be based on the MEA platform; will be have an S-Class like feature list. 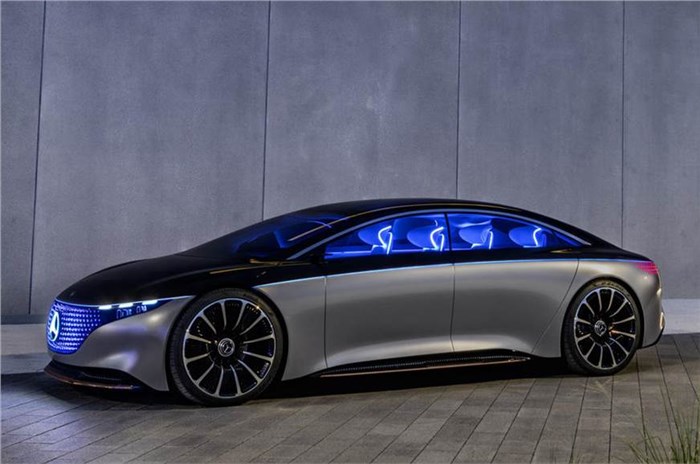 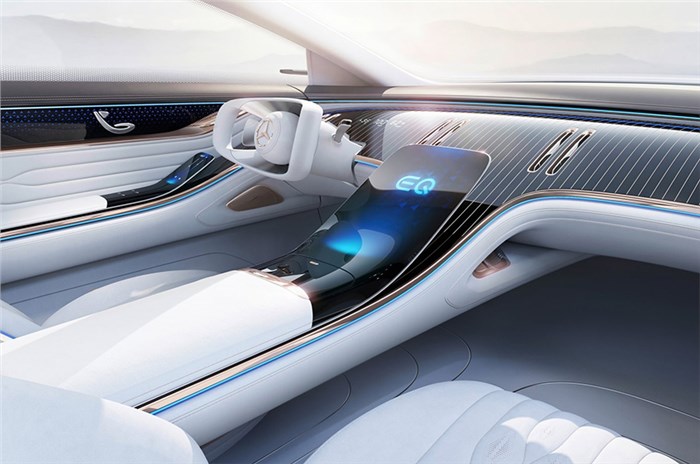 Mercedes is readying its rival to the fast growing electric luxury sedan market that was spearheaded by the Tesla Model S. The EQS all-electric sedan is being aggressively road tested at multiple locations in Europe and is expected to take on not just the Tesla model S but also the Porsche Taycan, the upcoming next-gen Jaguar XJ electric sedan and the Audi E-Tron GT.  We tell you more about it.

What we know about the new EQS's design?

The new EQS all-electric sedan will have a swooping roofline with a slim headlight design that will be in-line with the newer Mercedes-Benz models like the upcoming S-Class sedan that will see light of day soon.  This new all-electric sedan will be the size of the Mercedes-Benz CLS four door coupe and will have most of its styling similar to the EQS vision concept that was shown at the Frankfurt motor show last year.

In terms of proportions, it has a much shorter bonnet and a more heavily raked windscreen than the S-Class. In combination with the flat floor structure and a near-three-metre-long wheelbase as well as less intrusion from the gearbox and transmission tunnel than in conventionally powered models, this is expected to provide the EQS with greater interior space than Mercedes' current range-topper.

What else is known about the EQS?

Whereas the EQC is based on existing underpinnings from the GLC, the range-topping EQS will be the first EQ model to benefit from Mercedes' dedicated Modular Electric Architecture (MEA). Among the key engineering solutions included in the aluminium-intensive MEA platform is a flat floor structure.

According to Daimler CEO Ola Källenius.  According to officials, the EQS name implies a level of luxury, comfort and features consummate to the company’s traditional S-Class. It will head what the engineering boss of the EQ sub-brand, Michael Kelz, suggests will be a 10-strong electric model range by the middle of the 2020s

Mercedes has confirmed the EQS will be produced at its main Sindelfingen factory on the outskirts of Stuttgart. It's the third plant in Germany earmarked to produce an EQ model, with the EQC set to be built in Bremen and the EQA at Mercedes' compact car plant in Rastatt, Germany.

What will power the Mercedes-Benz EQS?

The EQS is expected to be powered by two electric motors – one on the front axle and the other at the rear – providing permanent four-wheel drive. In the EQC, this set-up delivers more than 400hp and some 700Nm. The sedan will have a more than 700km range and is expected to "set the benchmark" in terms of luxury.

Will the Mercedes-Benz EQS have an AMG version too?

Certainly. Our sister publication, Autocar UK, has learned that the AMG powered EQS it will have reserves to equal those of the existing S63 4Matic, which is powered by a twin-turbocharged 4.0-litre V8 petrol engine. This suggests that the range-topping AMG EQS, which is expected to be unveiled in 2022, will get well in excess of 600hp and 900Nm of torque from a dual-motor arrangement.

What other models will Mercedes-Benz sell under its EQ brand?

The company already has the EQC electric SUV on sale globally. The model was showcased in India too and is expected to launch in the coming months.  Additionally, a new electric SUV based on the GLA, known as the EQA will join the brand's global electric vehicle line-up soon.