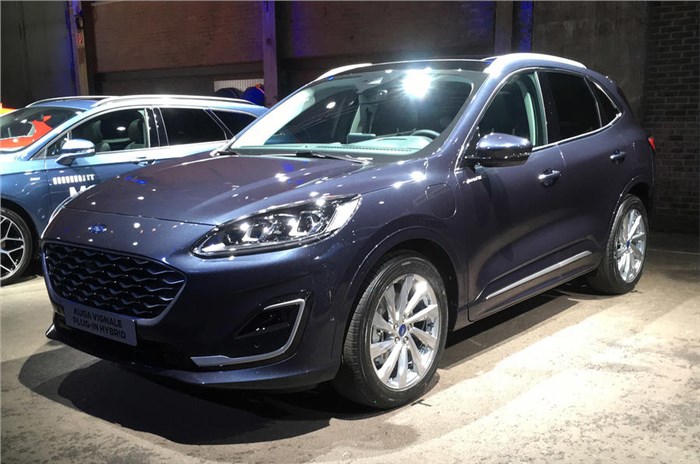 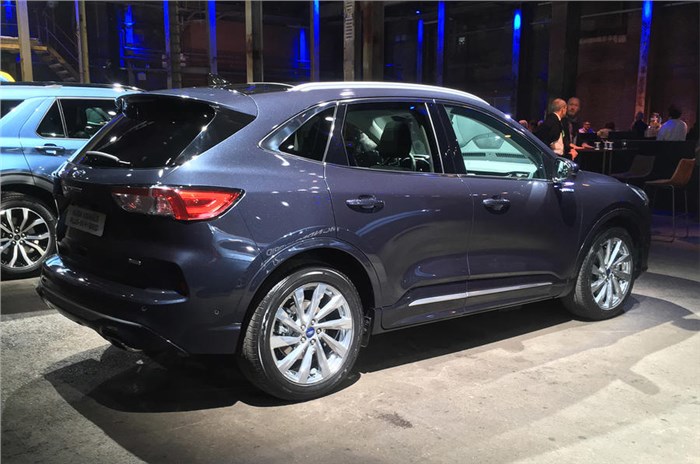 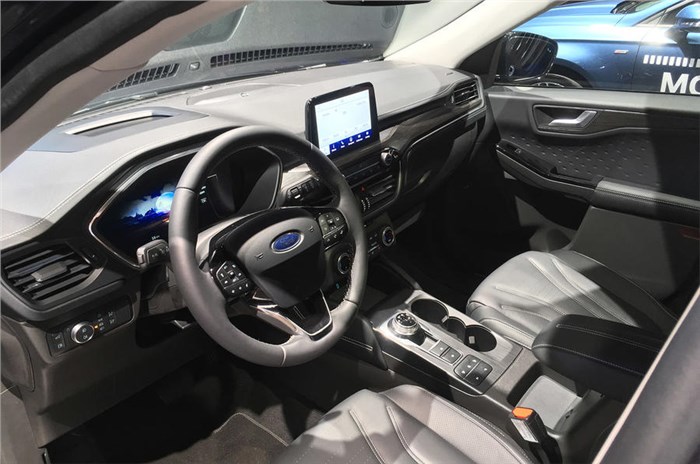 The Ford Kuga has been redesigned from the ground up in a bid to attract more buyers to the still-booming family SUV sector, and the new model will be offered with plug-in hybrid and mild-hybrid powertrains, along with conventional petrol and diesel offerings.

As the firm ramps up its European business, restructuring SUVs such as the Kuga will play a crucial role. "1 in 3 sales across Europe are SUVs, and for us it's 1 in 5 – we want to change that," Jorg Beyer, managing director of product development, told Autocar.

The hybrid line-up, in particular, is expected to be key to attracting new customers, with the interest in electrified powertrains escalating exponentially. The new Kuga won’t go on sale in the UK until early next year, but Ford should still beat many of its rivals to the market with its plug-in option, which mates a 2.5-litre petrol engine with an electric motor and 10.3kWh battery pack to deliver 225hp. The model can travel up to 54km on electric range alone.

Buyers will also be able to choose a self-charging hybrid setup, akin to the Prius’s hybrid system, which links the 2.5-litre petrol engine to an electric motor and smaller battery. A 48V mild-hybrid set-up is mated to a 150hp, 2.0-litre diesel engine. Conventional 1.5-litre petrol and 2.0-litre diesel variants will also be available, mated to either a 6-speed manual or 8-speed automatic gearbox. Two- and all-wheel-drive options will be available.

Also striking is the new, more sophisticated and less boxy look of the third-generation Nissan Qashqai, Kia Sportage and Hyundai Tucson rival. The styling takes Ford’s design language in the direction of the more contoured lines seen on the latest Fiesta and Focus. The interior also follows those cars, delivering an uncluttered, sweeping look despite the raft of technological functions that are offered, the majority of which are controlled via the central touchscreen.

The Kuga sits on the same C2 platform as the new Focus, and is longer, wider and has a longer wheelbase – and therefore improved stability and dynamics – than the car it replaces. The platform is also said to be 10 percent torsionally stiffer than the outgoing car’s, as well as supporting the basis for a more aerodynamic design and allowing weight savings of up to 90kg over the model that's on sale currently.

In particular, the new Kuga is said to deliver more interior room than before, including what Ford says is class-leading space for rear-seat passengers thanks to an 89mm increase in length. Those seated at the front get 43mm more shoulder room and 57mm more hip room than in the current model, while in the rear there is a 20mm increase in shoulder room and 36mm more hip room, while the seats, split 70:30, slide fore and aft as standard.

This increased rear accommodation has been achieved in part by setting the dashboard closer to the engine bay bulkhead and positioning it more upright than before, allowing front seat passengers to be seated farther forward.

Despite sporting a dramatic, sloping roofline and an overall height that is lower by 20mm than that of the outgoing car, the new Kuga also offers 13mm more headroom in the front and 35mm in the rear, thanks to clever interior packaging.

New technology on the Kuga includes FordPass Connect, which can provide Wi-Fi connectivity for up to 10 devices, a head-up display, wireless charging for a phone, a system that automatically brakes the car if it drives forwards or backwards into crossing traffic and a self-parking system that can parallel park or drive into a space perpendicular to the car at the push of a button. A hands-free, boot-opening system, which is operated by waving your foot under the rear bumper, is also on offer.

Other safety features include a radar and camera-guided system that detects slower-moving and stationary vehicles and automatically steers the car around them to avoid a collision, lane-keeping assistance, wide-angle cameras to aid front and rear visibility and Wrong Way Alert, which combines camera-based sensors and sat-nav technology to warn if the car is being driven the wrong way down a road.

UK buyers will get four trim levels to choose from: the entry-level Trend, high-end Titanium, sportily styled ST-Line and the luxury-focused Vignale.

Meanwhile, in India, Ford recently launched facelifts for its Figo hatchback and Endeavour SUV this year and is currently working on co-developing an all-new SUV that will share its underpinnings with the next-gen Mahindra XUV500. Both SUVs, the Ford model and the new XUV500, will be built on the same assembly line at Mahindra’s Chakan plant.