The second generation of the Gurkha 4x4 will only be launched by the end of 2020, as Force Motors focuses on meeting demand for Traveller ambulances. 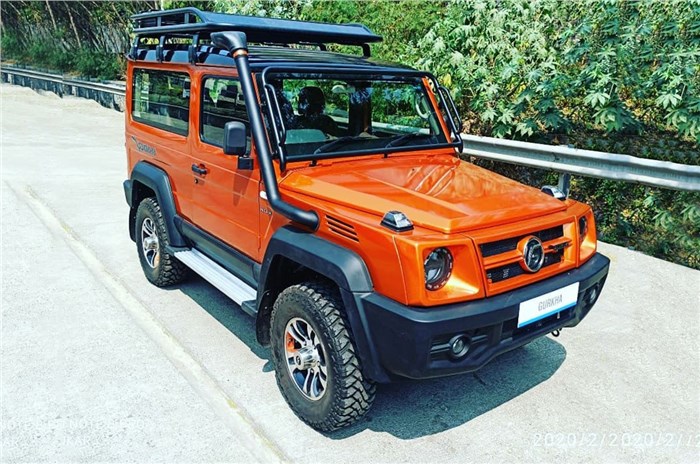 After a long wait, the second-generation Force Gurkha was finally unveiled earlier this year at Auto Expo 2020, and was originally set to be launched by April. However, the COVID-19 pandemic threw a spanner into the works, pushing the launch of the new-gen 4x4 closer to the festive season. However, Force Motors has now confirmed the launch of the new Gurkha has been delayed to end 2020.

Why has the launch of the new Force Gurkha been delayed to end 2020?

An official statement from Force Motors reads, ‘Showcased at the Auto Expo 2020, the new-generation Gurkha is BS6 compliant and completely revamped. The new Gurkha is scheduled to launch at the end of the year.’

Dealer sources tell Autocar India the reason for the delay in the launch of the Gurkha BS6 is related to the COVID-19 pandemic. With cases spiralling across the country, Force Motors is witnessing a rise in demand for its Traveller ambulance, with several government bodies placing bulk orders for the vehicle. With increased focus and deputing of manpower towards ramping up production of the Traveller, Force Motors has decided to push the launch of the new Gurkha to the end of 2020.

What are the highlights of the new Force Gurkha?

It may look familiar because it retains its predecessor’s boxy shape, but the new Gurkha has received a thorough revamp. Design changes include new bumpers, headlights with LED DRLs, revised tail-lights and a different grille. It’s based on a new ladder-frame chassis, and has been designed to meet the new crash test and pedestrian-protection norms. As before, it will be available in three- and five-door forms, and a two-wheel-drive version will be on offer, too.

It’s on the inside where the new Gurkha has the most significant changes. Just like Mahindra did with the new Thar, Force has tried to lend the new Gurkha a more upmarket feel on the inside. The Gurkha’s interior is no longer barebones – it has a dual-tone colour scheme, a redesigned dashboard, a touchscreen infotainment system and a new instrument cluster with a digital multi-info display.

On the features list of the new Gurkha are a steering wheel with tilt-and-telescopic adjustment, dual airbags, ABS, rear parking sensors, central locking and power windows. There are four forward-facing seats (with individual reclining seats for the middle-row passengers) and a pair of jump seats at the back.

What do we know about the new Force Gurkha’s powertrain?

The new Gurkha’s 2.6-litre diesel is a carryover from the outgoing model, but has been upgraded to meet BS6 emissions norms. It produces 90hp and 260Nm, and is mated to a 5-speed manual gearbox. The 4WD version has live axles with manual locking differentials, which can be controlled using the levers on the floor console. The new Gurkha also gets independent front suspension and coil springs at all four corners.

What will the new Force Gurkha’s price be?

When it arrives closer to the end of the year, the new Force Gurkha will already have a formidable rival to contend with – the second-generation Mahindra Thar, which will offer more in terms of variety, as it will be available in both petrol and diesel forms with manual and automatic gearbox options. While Force Motors will certainly have to keep an eye on how Mahindra prices the new Thar, expect the new Force Gurkha’s prices to range from Rs 10-12 lakh (ex-showroom).

Think the new Force Gurkha will have what it takes to take the fight to the new Mahindra Thar? Let us know in the comments.