The 296 GTB comes with a twin-turbo 2,996cc engine; will be positioned closer to the F8 Tributo in Ferrari's global line-up. 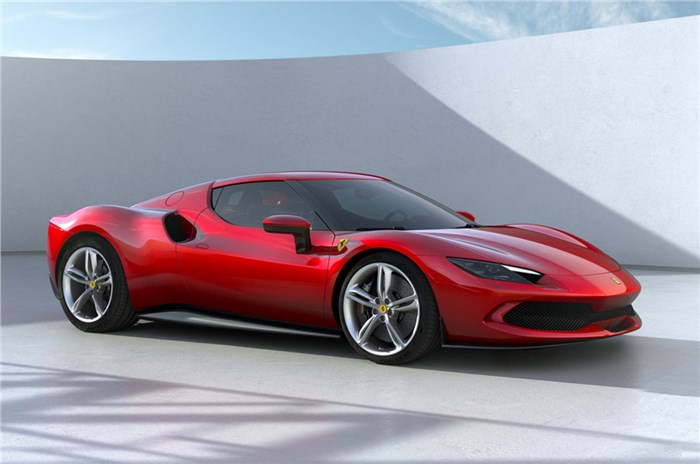 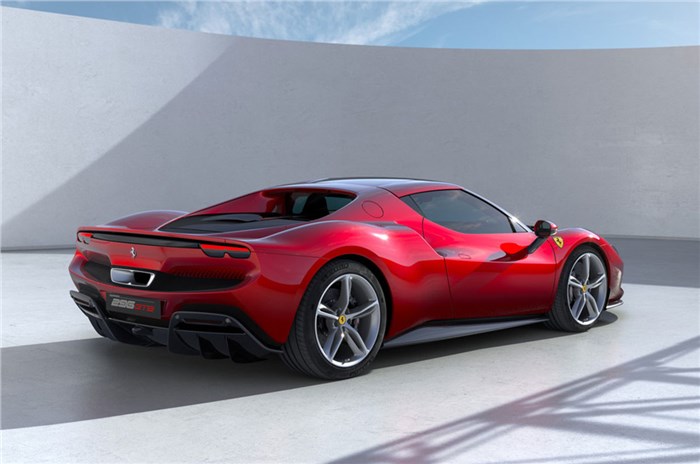 Ferrari has finally taken the wraps off the all-new 296 GTB, its latest model in the line-up that features an all-new hybrid V6, instead of a traditional mid-mounted V8 engine. The new model arrives to complement the F8 Tributo, which will leave production in 2022, once all customer cars have been delivered.

The 296 GTB's numerical designation is a reference to its 2,996cc, six-cylinder engine, while the Gran Turismo Berlinetta moniker establishes it as the latest in a long line of Ferrari sportscars that stretch back to the mid-1950s. Ferrari's switch from V8 to V6 power for its core sportscar line mirrors that of rival McLaren from earlier this year, with the Artura V6 plug-in hybrid arriving to replace the Sports Series model family. Prices and availability details for the 296 GTB have yet to be confirmed, but they're expected to match more closely to those of the F8 Tributo than the SF90 Stradale.

The V6 engine at the heart of the plug-in hybrid powertrain is described as the first "six-cylinder engine installed on a road car sporting the prancing horse badge." Maranello used a V6 for entry-level sportscars during the 1960s and 1970s, but these were marketed as part of its dedicated and now long-defunct Dino brand. 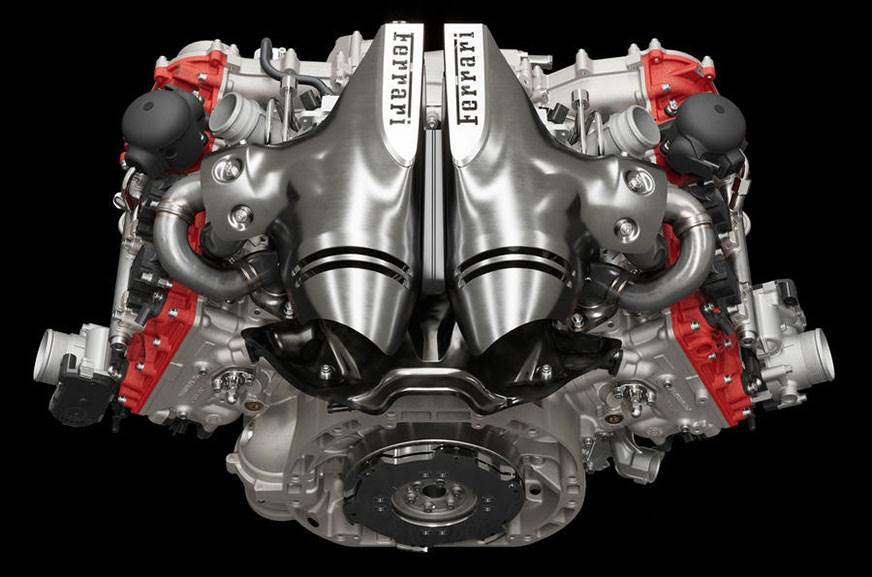 The 296 GTB's twin-turbocharged 3.0-litre unit – an all-new and bespoke powerplant developed in-house by Ferrari – produces 654hp, which is equivalent to 218hp per litre – said to be a record for a production car. In a first for Ferrari, the turbochargers sit between the cylinder banks – a layout chosen for its more compact packaging, lower centre of gravity and reduced engine mass. The aluminium block's wide-angle 120-degree configuration also means the turbos can sit centrally, shortening the distance to the combustion chamber for maximum intake efficiency. Despite its forced aspiration and relatively small size, the new V6 is claimed to emit "the harmony of the high-frequency notes of a naturally aspirated V12" as used by Ferrari's top-rung GT models.

The V6 is coupled to an electric motor – also at the rear for the first time in a Ferrari hybrid, mounted ahead of the 8-speed automatic gearbox – that produces 166hp to take the system's combined output to 830hp. That's 110hp more than the V8-powered F8 Tributo.

Four driving modes are offered via an 'eManettino' switch on the steering wheel – eDrive, Hybrid, Performance and Qualify – each with differing degrees of electric motor involvement and regenerative-braking functionality.

Among the "radical and innovative solutions" introduced for the 296 GTB's overall design is a total rethink of the active aerodynamic package employed for its recent predecessors. 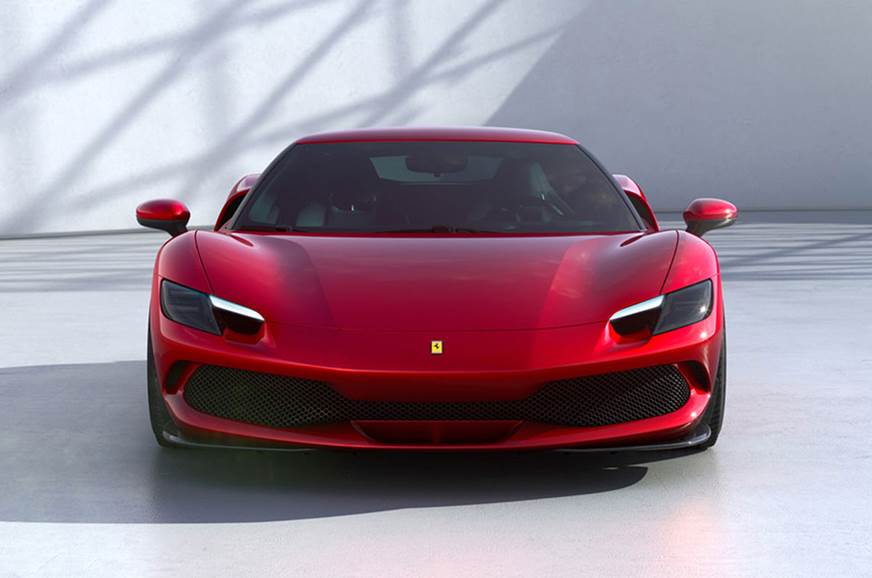 For the first time on a mid-engined sports car, Ferrari has employed an active aero device for generating downforce rather than mitigating drag. Based on that used by the LaFerrari, the active rear spoiler integrated into the rear bumper is said to generate up to 360kg of downforce at 250kph with the hardcore, track-oriented Assetto Fiorano pack specified. Even in standard guise, it produces 100kg more than its predecessors. Various defining design cues promote a visual relationship with other new-era Ferraris, including the SF90 Stradale and Roma, while distancing the new arrival substantially from the F8 Tributo and its closely related 488 GTB forebear.

However, Ferrari also claims to have taken inspiration from classic models including the 1963 250 LM, which inspired the design of the B-pillar, rear haunches and Kamm tail. The wraparound windscreen, meanwhile, is a cue borrowed from the one-off P80/C and the Japanese-market J50. 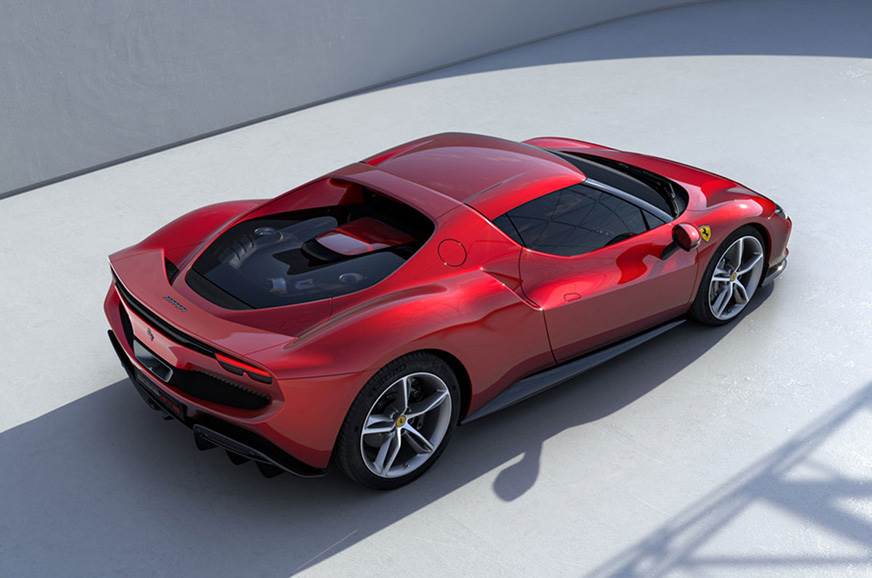 The air intakes were made as small as possible (for a cleaner look) by routing hot air underneath the car – meaning it's kept separate from the cool air needed for the rear-mounted intercoolers – while the hybrid system's radiators vent to the rear, so the front of the car could be aerodynamically optimised with a more tapered design than used previously.

A raft of downforce-enhancing tweaks were made possible, too, by the use of the 'Aero' brake calipers inspired by those on the SF90 Stradale. They're cooled via ducts integrated into the headlights, thus freeing up room for the central section of the car's underbody to be brought as low to the ground as possible, thereby "exaggerating the suction created as a result of ground effect." 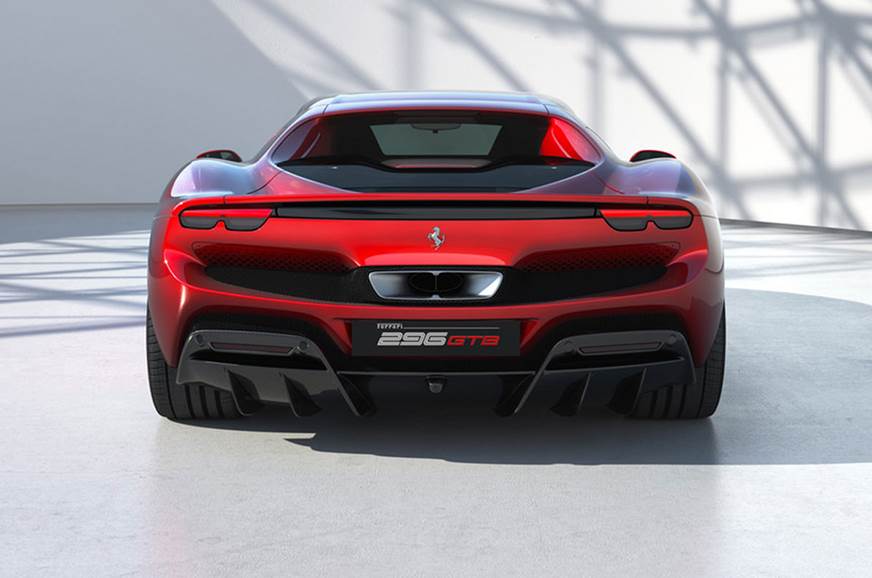 Ferrari highlighted that the rear-end design specifically marks a break from tradition in combining elements of Spider and coupé styling cues, with a defined separation between the roof and B-pillars and a pair of sizeable buttress flanking the engine bay. These help to channel air efficiently in the absence of a rear screen running from the roof to the rear. As is tradition, an open-roof Spider version is expected to follow.

The development programme for the 296 GTB was said to be centred around "delivering class-leading levels of driver engagement" while boosting general usability and accessibility. To that end, the powertrain has been kept as compact as possible and a raft of new components make their debut, including the Transition Manager Actuator for quickly switching between the two power sources, the "world-first" six-way Dynamic Chassis Sensor and a new 'ABS Evo' function that reduces brake pedal travel and ensures "greater repeatability of stopping distances".

The revamped ABS system does away with the yaw-rate sensor, measuring acceleration and speed across three axes to better determine when to intervene. It also reduces the 200-0kph stopping distance by 8.8 percent.

The 296 GTB has a 50mm-shorter wheelbase than the F8 Tributo, which Ferrari says enhances agility. The added weight of the hybrid system is largely offset by the lighter petrol engine and use of various lightweight materials, meaning the car has a dry weight of 1,470kg – just 35kg more than its predecessor. 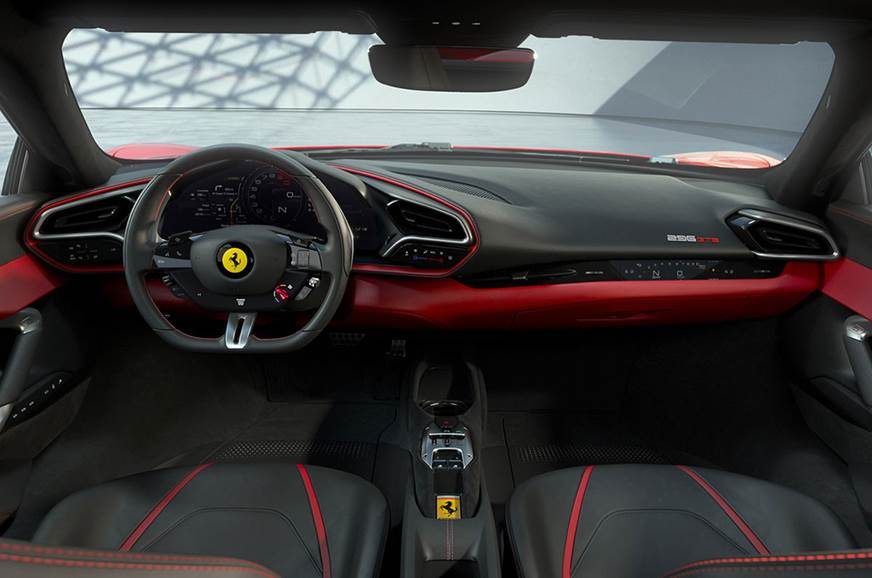 The 296 GTB leans heavily on the tech-heavy cabin design of the SF90 Stradale flagship, with Ferrari saying it represents "a clear break from the past". A concave dashboard section houses the digital gauge cluster and steering wheel, while two panels down to the sides of the instrument panel house capacitive touch controls for an array of functions. A head-up display features, too, while the stereo speakers are finished to match the dashboard for a minimalist look. One nod to the past, however, comes in the form of a gearshifter styled to reference Ferrari's classic 'H-gate' design.

While an India launch as not been officially announced as of now, we expect Ferrari to open order books for the 296 GTB in the near future.