Here is a list of new or updated sedans set to launch in our market in the coming year. 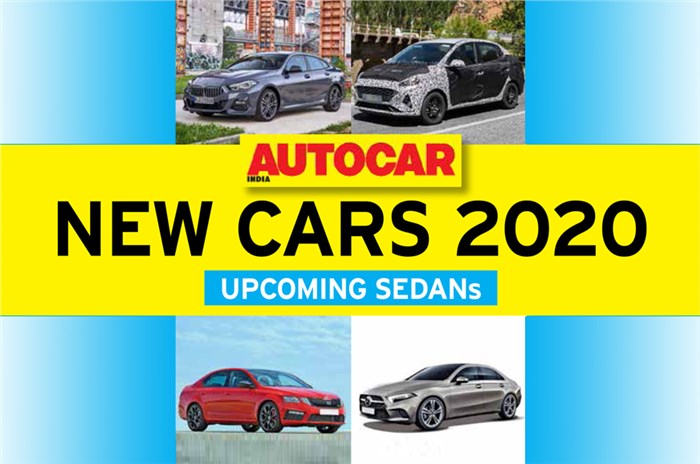 The latest avatar of Audi’s largest sedan has been on sale overseas for quite some time now. The model will finally head to India at the end of this year and rival the S-class and the 7 Series. Just like the new A6, the A8 L will also feature a barrage of new technology including dual touchscreens. As always, the new A8 L will focus on rear-seat comfort, which means one can expect individual seats for the second row with massage function and footrests. The A8 L will feature LED lights all around, and under the hood, a 3.0-litre V6 turbo-petrol will be on duty. This engine will also come with mild-hybrid tech. There will be no diesel engine on the new A8 L in India. 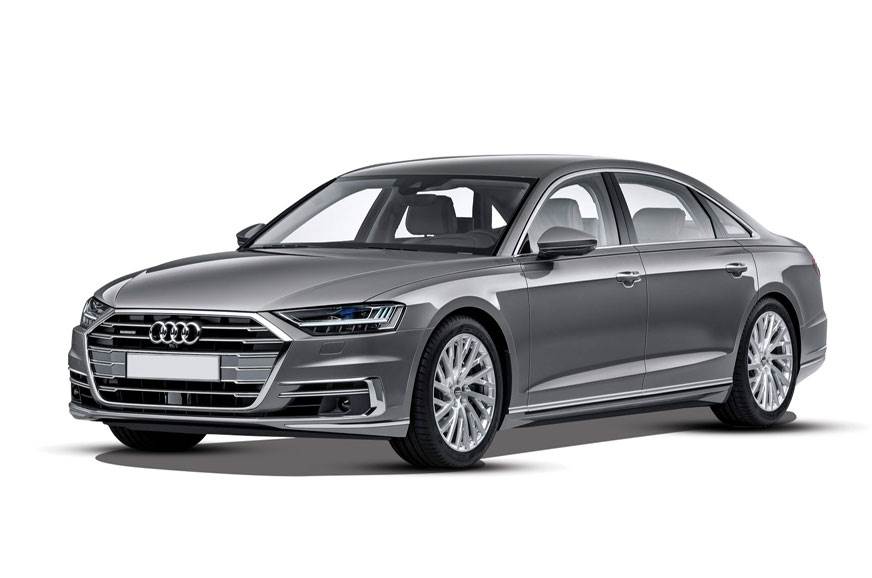 The third-gen Flying Spur gets all-new chassis, suspension, fresh W12 engine and 8-speed DCT gearbox. The model is now underpinned by the Volkswagen MSB platform that is also used by other models like the Porsche Panamera. The 635hp W12 engine continues to carry the 6.0-litre displacement but has been thoroughly reworked. The company claims a 0-100kph time of 3.8sec with top speed at around 333kph. The model also gets four-wheel steering and an active all-wheel-drive system. The plush interiors are a step ahead and now come with multiple touchscreen displays and digital dials along with wireless charging and more gadgetry. It also gets a unique three-dimensional leather upholstery and  optional ‘cathedral window’ quilting. 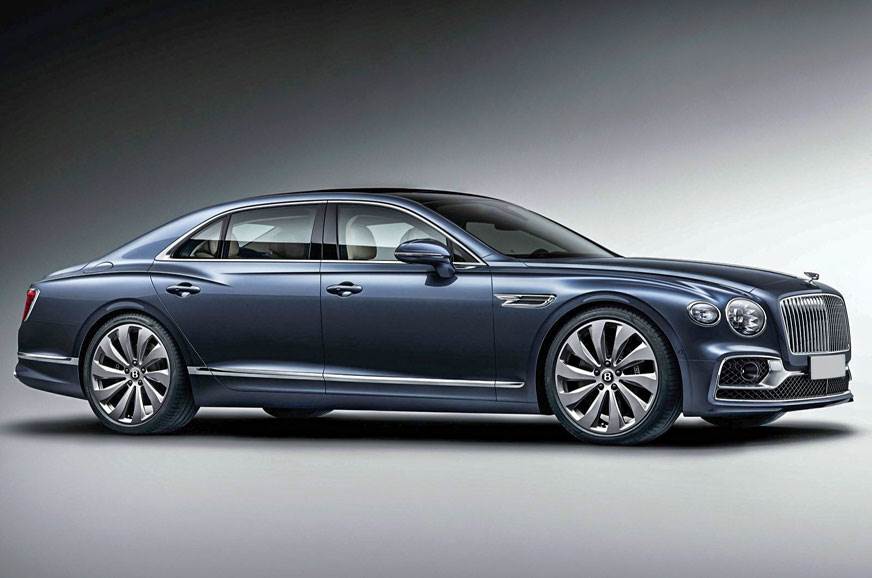 The seventh-gen M3 and M4 be powered by a significantly upgraded six-cylinder engine that will be capable of producing more than 500hp in its top form. The 3.0-litre twin-turbo petrol (Codename S58) is being readied to rev beyond 7,000rpm and deliver a much higher specific output. The new cars will see a power bump of around 11 percent in the standard M4 with claimed outputs of at least 480hp. Apart from the engine upgrades, the new models will see stiffer yet lighter construction and unique styling tweaks that will, like always differentiate it from the standard cars.

BMW’s 2 Series Gran Coupe will see a world premiere this month and we can already tell you it’s headed to a showroom near you. The new model is slated to go head to head with Mercedes’ A sedan, the CLA and the Audi A3. Teaser shots of the car clearly show a coupé-like profile. The stance of the car looks pretty special, with a rising belt line and sweeping roofline. The model’s interior is yet to be seen but legroom is said to be sufficient enough for six-footers to sit one behind the other in relative comfort. The model is expected to get an 8.0- or 10.0-inch touchscreen, the hexagonal digital instrument panel with some bits shared with the new 1 Series as well. While the mainstay of the range is expected to be the same 2.0-litre diesel that powers the X1, BMW could offer the 2 Series Gran Coupe in a 218d guise with 140hp, or in a 220d form with a strong 190hp. On the petrol engine front, the carmaker will most-likely offer a 2.0-litre petrol, the one currently seen on the X1. 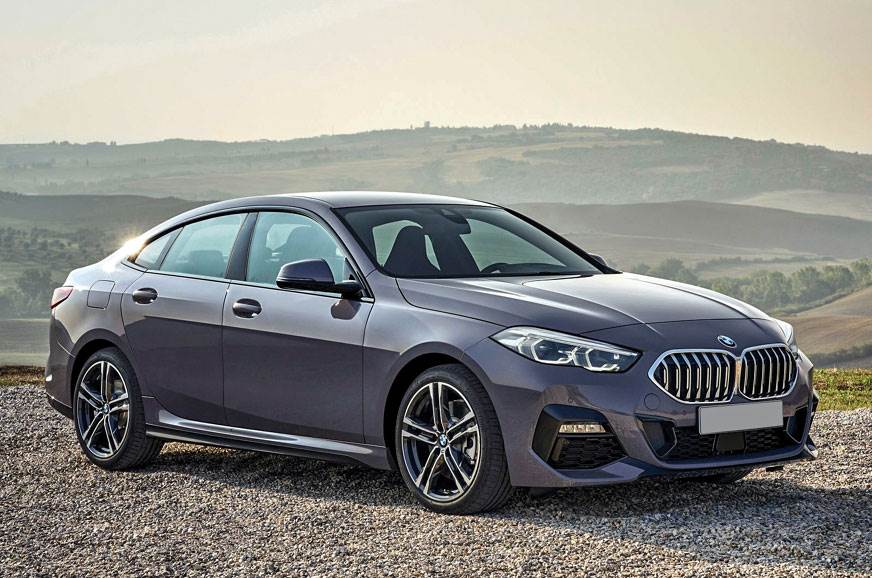 BMW’s latest four-door will join the 8 Series Coupe and convertible in the brand’s global
line-up. It will replace the discontinued 6 Series Gran Coupe in a growing market segment that will also includes the Audi A7, the Mercedes-Benz CLS, as well as the Porsche Panamera. It measures 5,082mm long, 1,932mm wide and 1,407mm tall and comes with a 201mm-longer wheelbase. The entry-level 840i gets a turbocharged 3.0-litre in-line six-cylinder petrol good for 340hp. Also available internationally is the diesel 840d, with a 3.0-litre, in-line-six making 320hp. Crowning the initial 8 Series Gran Coupe range is the M850i xDrive, which has a 530hp, 4.4-litre turbocharged V8. All engines are mated to an 8-speed automatic gearbox. Rear-wheel steering is standard on four-wheel-drive cars and optional on rear-wheel-drive models. 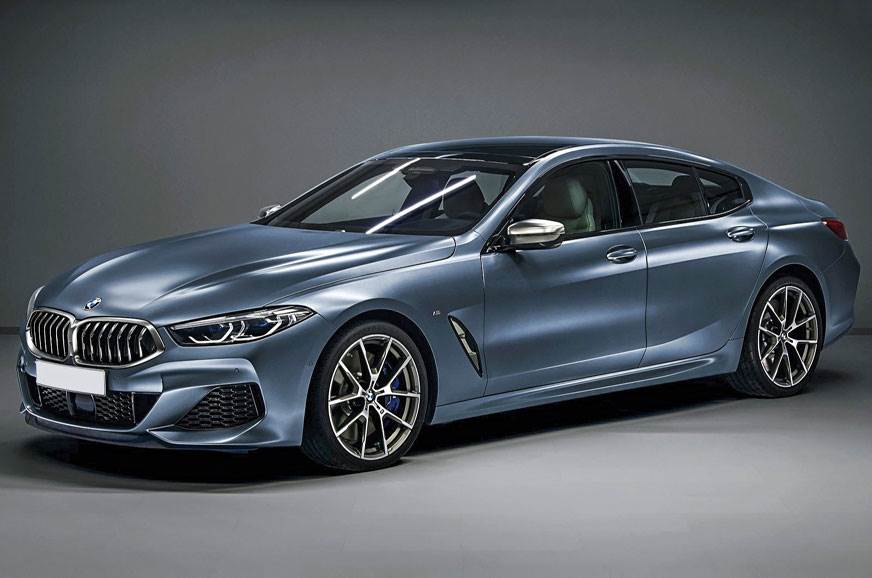 The Hyundai Aura, which will replace the current-gen Xcent compact sedan, will make its world premier next month. The model will be based on the Grand i10 Nios but with a more rounded profile than the outgoing model. It will get Hyundai’s cascading grille with honeycomb inserts, and a typical three-box silhouette despite its compact dimensions. Expect large wraparound lights (with LED elements) extending into the boot lid. Interior bits will be shared with the hatchback but will get better quality materials, along with a rear armrest and separate headrests for second row passengers. Engine options will include the BS6-compliant 1.2-litre Kappa petrol, a 1.0-litre turbo-petrol from the Venue as well as the U2 1.2-litre diesel. Both the 1.2 engines will come with an AMT gearbox option. 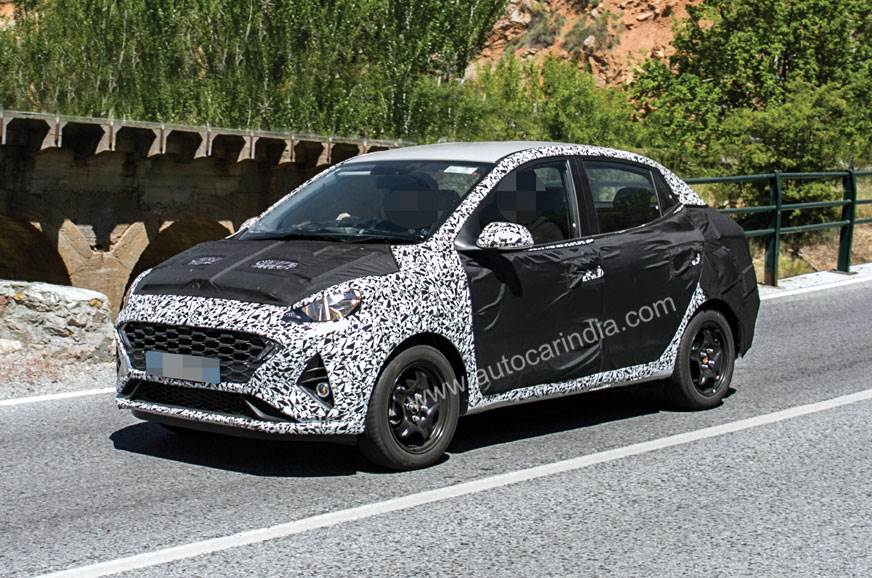 Honda has just unveiled the fifth-gen City and the model will most likely come to India in the second half of next year. Armed with a new look, a sportier cabin and new engines, the new Honda City is over 100mm longer than the outgoing model, making it a fairly substantial car by midsize sedan standards. It is also wider by 53mm but its height is down 28mm. Interestingly, in terms of its larger dimensions, the new City also sits on an 11mm shorter wheelbase vis-à-vis the outgoing model. It gets fresh styling on the outside but the form is still easily recognisable as that of a City. On the inside, it gets an all-new dashboard layout that looks simple yet upmarket. The car that was on display had an all-black interior but the India-spec car could get a beige-on-black theme – in our market, this is perceived to be a more premium offering. The subtle doses of brushed aluminium and piano black trim also help provide more premium-ness to the insides. Also part of the City line-up for India will be a fresh 1.5-litre petrol engine coupled with Honda’s compact i-MMD mild-hybrid tech that made its debut on the new Jazz recently.  Honda has, however, not revealed any details of the hybrid powertrain yet. The new City will also come with a 1.5-litre diesel engine, just like its predecessor. This unit will be upgraded to meet BS6 emission norms and will continue to be part of the City and the Amaze's engine line-up in our market. On the safety front, Honda has equipped the new City with six airbags – dual front, dual front side and dual curtain airbags. It also gets a multi-angle rear-view camera, ABS, EBD, vehicle stability control and hill-start assist. 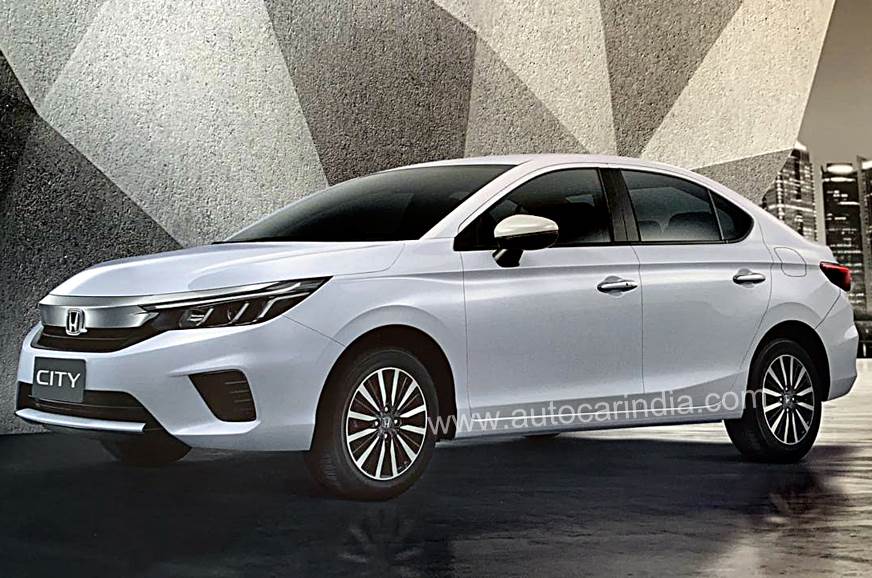 The new Mercedes A-class sedan will sit below the C-class in India. The model will most likely replace the first-gen CLA and will rival the A3 sedan and the BMW 2 Series Gran Coupe. This new sedan features a conventional roof design as opposed to the coupé-like styling on the CLA. The model gets the latest Mercedes styling cues and will also feature top-quality interiors along with the brand’s advanced MBUX infotainment system. Engine options will be Mercedes’ 2.0-litre petrol and diesel engines. 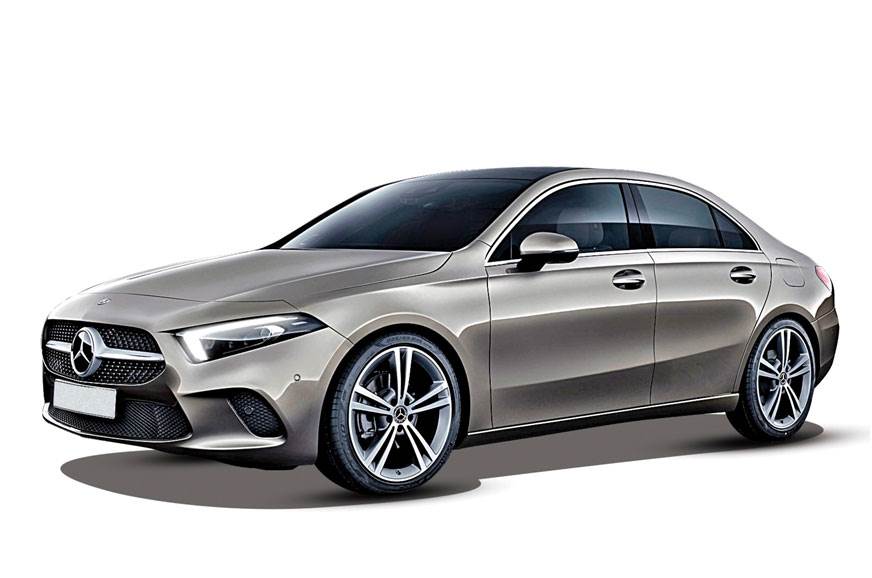 Skoda is planning to bring back the Octavia RS, but this time it will be in the more powerful RS245 guise, which means it will have 15hp more than the 230hp variant that was sold here earlier. The Octavia RS245 will come to India either as a CBU or CKD, without the models having to undergo homologation, provided they meet the homologation criteria for the international market. This is thanks to the government’s new import rules where carmakers can import 2,500 units per year. The car heading to India will be the fully loaded European-spec with a 15mm lower ride height, the option of larger 18-inch alloys and adjustable dampers, along with performance modes. You can also expect to see a customisable 10.25-inch touchscreen, with an additional ‘Sports View’, and Virtual Cockpit digital instrument display. With all these goodies and more power, this version could cross Rs 40 lakh mark, on account of it being a full import. 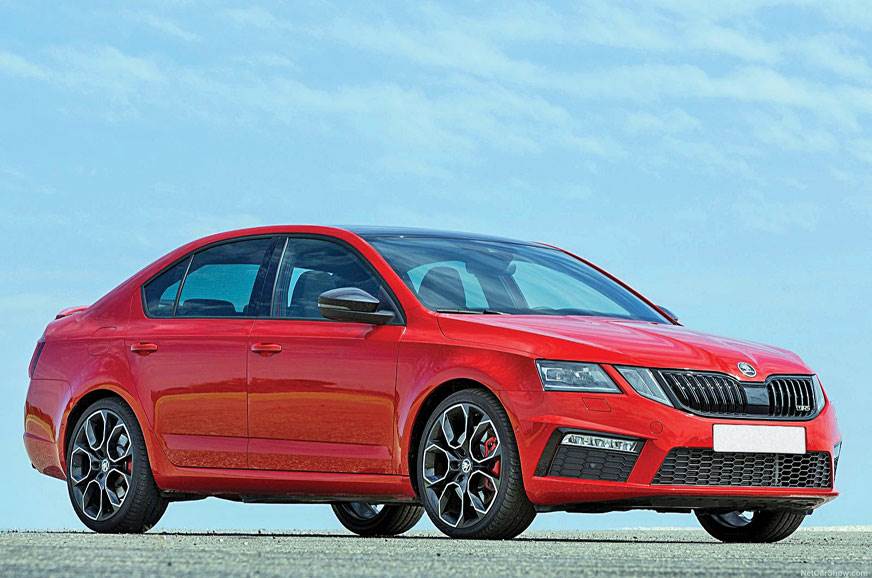 The updated XE sedan’s styling and upgrades will be similar to the newer and more modern models like the I-Pace. A more assertive face plus snappier rear styling will be key design changes. Additionally, it’ll also get a plusher and significantly better-equipped interior, a new steering and three comprehensive TFT screens across its fascia. Also new will be a gearstick to work its standard automatic transmission instead of a twist-selector. The model in India is expected to continue with the same petrol and diesel engines from Jaguar’s Ingenium range with BS6 emission upgrades. 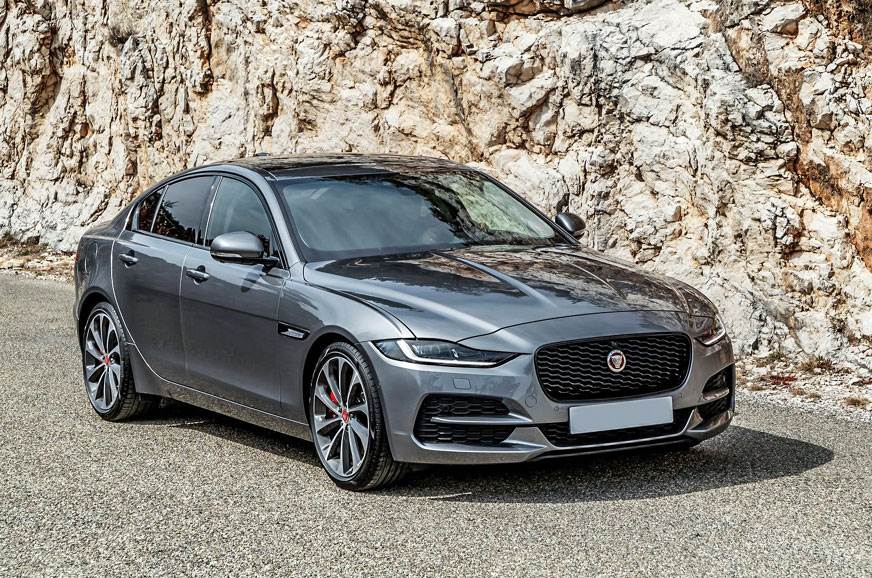 Like the Tiago, the Tigor will see similar styling and structural tweaks. The model will get Altroz-like front styling, with no major styling tweaks at the back. Its 1.0-litre diesel engine will go off the shelf and the refreshed model will continue with just the 1.2-litre petrol, which will be upgraded to meet BS6 standards. The updated Tigor will offer the same 5-speed manual and AMT gearbox options. Expect minor interior revisions as well, including a fully digital instrument cluster and new seat fabric. 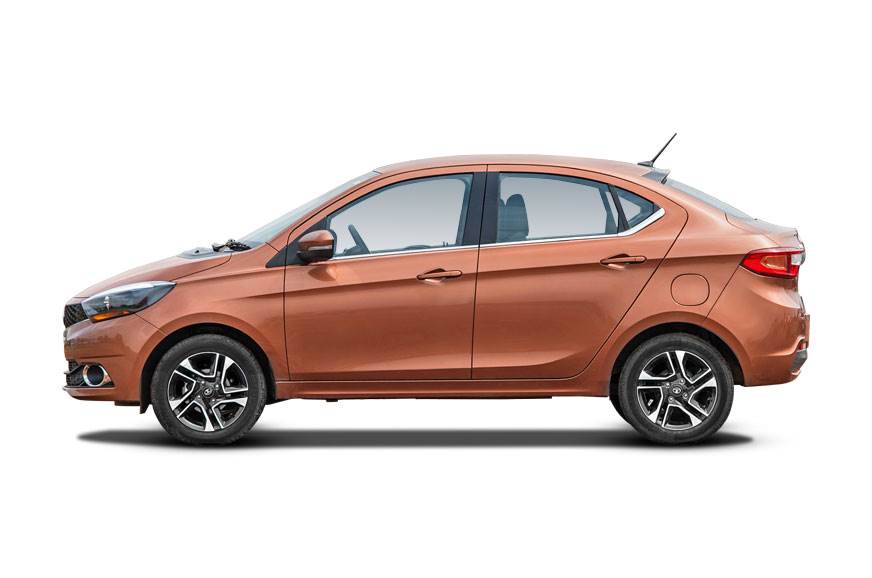 For representational purpose only.

The new S60 is based on the brand’s modular SPA platform and is currently built only in the United States. It gets fresh styling and looks like a compact version of the larger S90 sedan. The international-spec model gets a choice of four petrol engines including two plug-in hybrids. No diesel engines are being offered. The model is loaded with tech and gizmos including the Pilot Assist system as well as City Safety autonomous braking tech. Key rivals include the Mercedes C-class, Audi A4, BMW’s new 3 Series and the Jaguar XE. 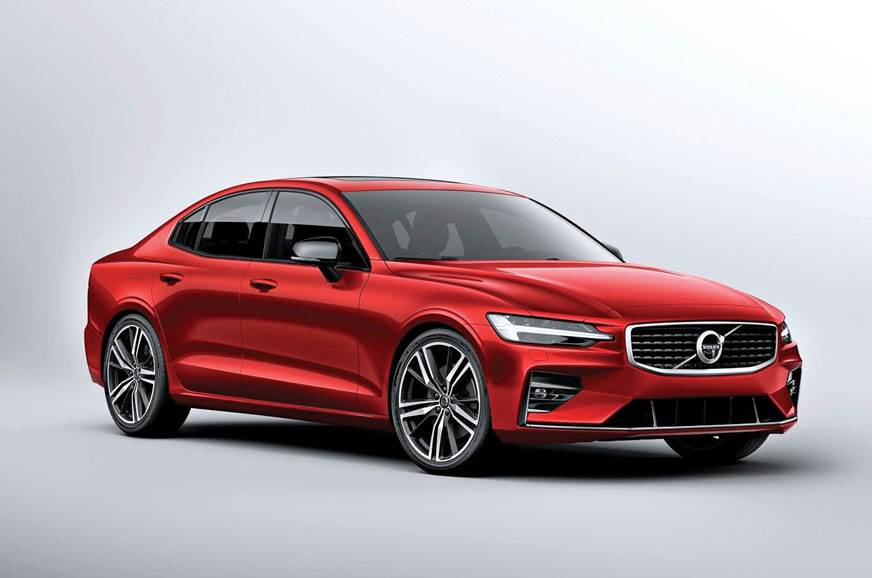