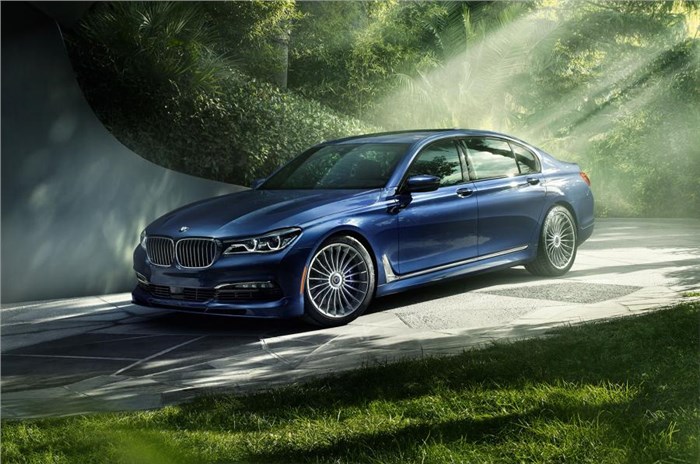 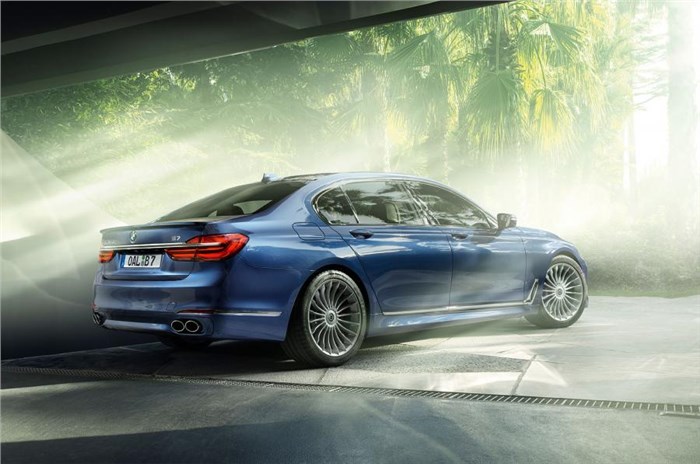 Alpina has unveiled its new high-performance luxury sedan, the B7. Based on the new BMW 7-series, the B7 is a take on the luxury limousine from the German automaker.

Revealed in its US-spec guise, the Alpina B7 features BMW’s xDrive all-wheel-drive system and is powered by a 4.4-litre twin-turbo V8 petrol engine from the smaller B5 which is based on the 5-series. The motor is good for 591bhp and 81.57kgm of torque making it significantly more powerful than the 444bhp 750i xDrive – the most powerful BMW 7-series on sale internationally.

The manufacturer claims that the all-wheel-drive system allows the car to go from 0-100kph in 3.6 seconds making it 0.6 seconds faster than its predecessor. Gearbox duties are carried out by an eight-speed automatic gearbox with shift buttons located behind the steering.

The engine is said to have been tuned to develop more power low down in the rev band, along with receiving high-performance pistons and spark plugs along and a larger intercooler.

The B7 also features the Road Preview system which uses GPS information to track on-coming curves which in conjunction with the suspension equipped with adjustable dampers prepares the vehicle to navigate the curve as flat as possible. The suspension can be adjusted manually as well as automatically.

The Alpina B7 is set to get a rear-wheel-drive version as well which is expected to go on sale in European markets following its debut in March 2016.