The all-new Maruti Swift will make its India debut at the upcoming Auto Expo 2018. 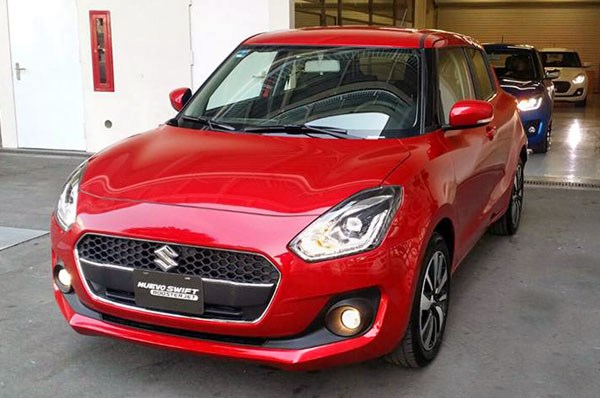 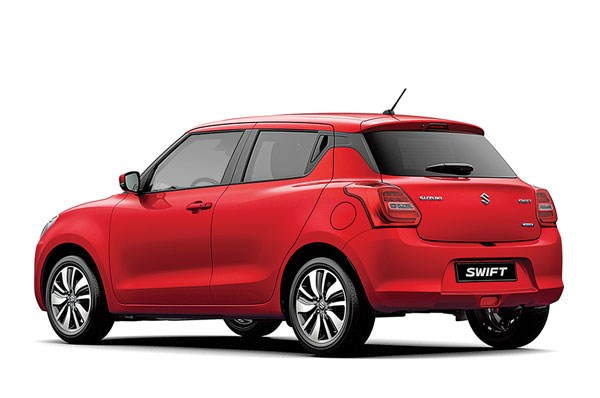 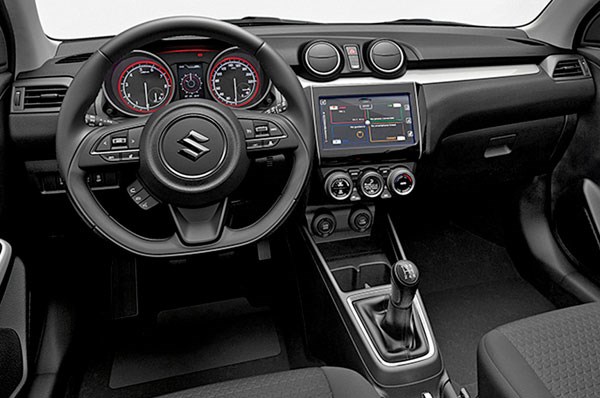 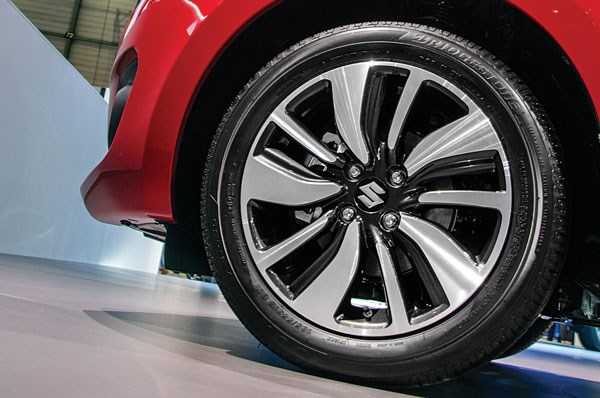 Suzuki’s new third-generation Swift comes as a breath of fresh air. Revealed to much acclaim at the Geneva motor show 2017, the new car is fresh, crisp and full of exciting details that help it stand out.

The new Swift has a familiar stance, but it is also very different from its predecessor in many ways. The bonnet, headlights, and the cockpit-like tapering cabin look familiar (they are meant to), but look closer and new bits, like the protruding Jaguar F-Type-like nose, the Audi-esque grille and the blacked-out C-pillar with hidden door handles at the rear, are clearly evident. Suzuki has also used attractive 16-inch turbine blade alloy wheels to complete the package, which to Suzuki’s credit brings about an air of sophistication – a job well done.

Like the recently launched new Dzire, the 2018 Swift is also built on the same ‘Heartect’ platform as the Baleno, but with certain modifications carried out to make it stiffer in key areas (where it uses more high-strength steel). This, as with the Baleno, means the car is extremely light, with kerb weight starting at a mere 890kg.

Codenamed YSD, the new car is also marginally shorter in height than the one it replaces; the roofline is slightly lower and that is why it looks quite compact in the flesh. The new Swift, however, is built on a longer 2,450mm wheelbase. This is done for two reasons. First, a longer wheelbase means more space on the inside. Also, pushing the wheels out helps give the car greater stability. Suzuki’s engineers say that this is because, first and foremost, the Swift has been engineered to be fun to drive. “We have expended every possible effort to sharpen the car’s handling. We’ve used wider axle tracks, a lower driver’s hip point and a lower centre of gravity to this end.” Suzuki engineers have also worked hard on improving steering arm location, a lot of work has also gone into the calibration of the electric power steering, and the car’s springs and dampers will also have a setup similar to the Baleno RS rather than the standard Baleno. 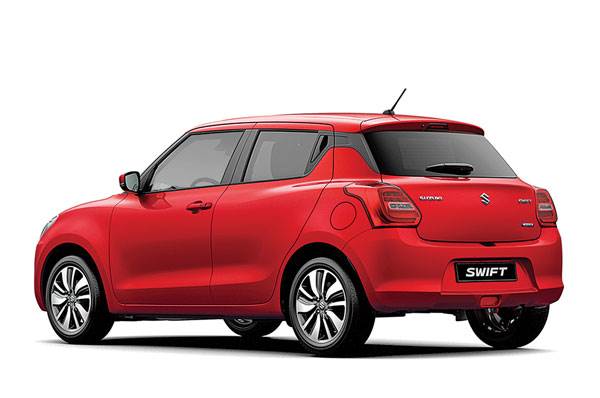 The basic stance of the car hasn’t changed, and though the wheelbase is longer, the new Swift is actually shorter in length.

The longer wheelbase also means cabin space is up 25 percent and luggage space has grown from 200 litres to 254 litres. The front of the cabin has a similar amount of room as the current car, but get into the rear and the space on offer is a lot more. There’s more legroom, the seatback feels more supportive and there’s a fair amount of thigh support as well. And with larger rear doors, ingress and egress has become easier too. According to Suzuki, this is because there is no two-door Swift now, so it has been able to concentrate on packaging it without compromising on the longer front doors.

Up front, the next-gen Swift is sportier to look at compared to the current car. It gets a modern-looking ‘unstructured’ dash and a central console with no defining lines visible. There’s a new upmarket steering wheel and a sporty two-pod instrument cluster with attractive dials, and these bits elevate the ambience of the cabin. What I also particularly like are the ‘floating’ air con knobs with the digital readout in the centre. Functionality too is good.

Build quality in general, however, isn’t a big step forward. Similar in many ways to that of the Baleno and the Dzire, and not as good as its competition like the Hyundai i20, the cabin is a fair mix of some decently put-together bits and a few not-so-nicely-built ones. In addition, there are many Maruti legacy bits like the familiar SmartPlay infotainment system and power window controls that are clearly carried over. The SmartPlay system, however, is likely to be updated with a new app-based look before the Swift comes to showrooms in India. 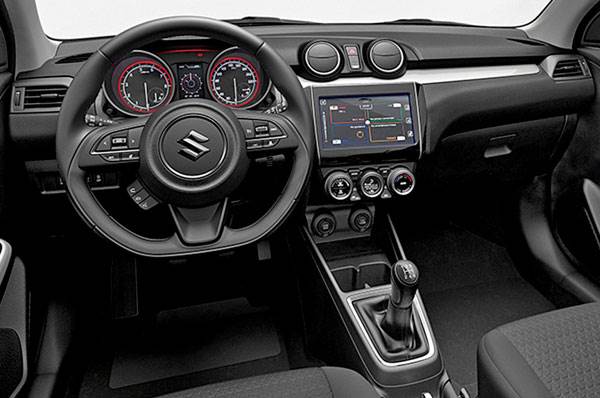 The new dash looks sporty and attractive, but build is no better than the Baleno’s.

Expected to hit showrooms in early 2018 after an Auto Expo launch, the new Swift has big shoes to fill. The current car flew out of showrooms at a rate of approximately 14,000 a month and with the new car, Maruti hopes to increase that number. To that end, prices aren’t expected to differ from the current Swift by more than 5-7 percent and will be sold through the carmaker’s regular network rather than its more upmarket Nexa dealerships. Maruti wants the Swift, its most important product, to be able to leverage its massive 2,000-odd dealer network fully. One thing’s for sure, there’s likely to be a huge waiting list for this one as well.