The new Baojun micro SUV has a 100hp+ full-electric powertrain; expected to be under three metres long. 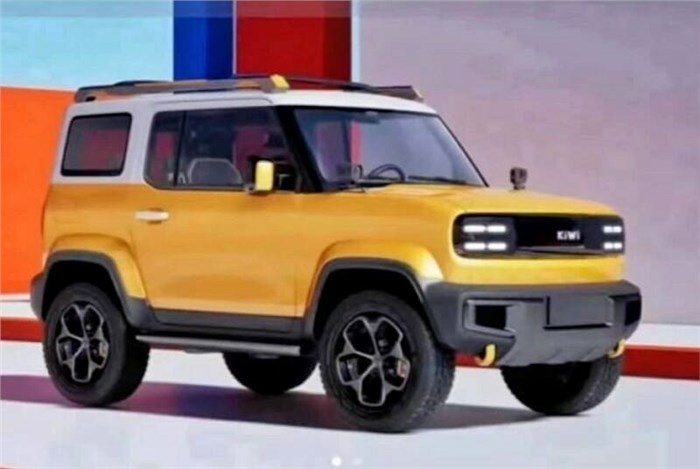 New Baojun micro SUV EV: what exactly is it?

First pictures of this EV SUV are out and its styling looks like a mix of the upcoming Maruti Suzuki Jimny, which is headed to Indian shores, and the Ford Bronco to some extent. The main headlamps appear squarish in design and get four strips of LED Daytime Running Lamps.

Resembling the Jimny, the micro SUV gets muscular front bumper with two hooks, stylish roof rails and bulging fenders. The tail-lamps also get a 3D look which is quite attractive.

While the styling and footprint of this SUV makes it a rugged-looking, city-friendly vehicle, it’s the EV powertrain that outshines its looks. The electric micro SUV uses the platform from the Baojun Kiwi city EV – the underpinnings of which will be similar to the India-bound MG compact EV slated to debut at 2023 Auto Expo in January. However, the MG EV will come with two electric motors instead of one.

Combined power output is expected to be north of 100hp: the rear-mounted motor will churn out around 54hp and the one in the front will be upwards of 60hp.

While the SUV shown in these pictures is still in concept form, a production version is expected to make its global debut sometime next year in China initially.

Should MG bring this micro SUV with EV powertrain to India? Would you prefer this instead of the Jimny? Let us know in the comments section.

Is this going to be available in the philippines? Tnx

Is this going to be available in the philippines? Tnx