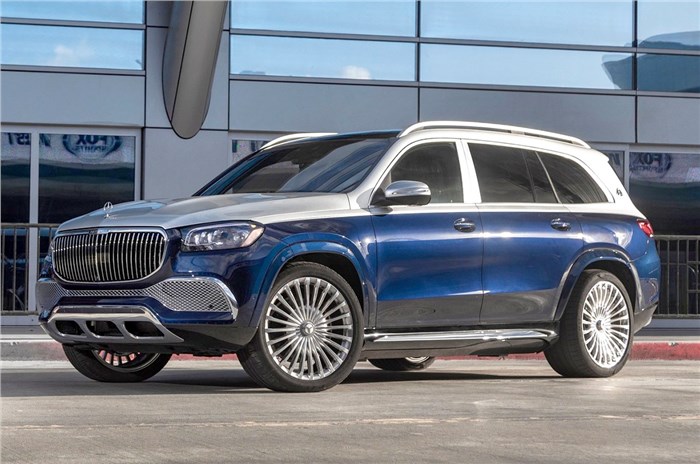 Flagship luxury SUV from Maybach to be powered by a mild-hybrid 4.0-litre V8 petrol engine.

It was in our December 2019 issue when we broke the news that the Mercedes-Maybach GLS was under consideration for India. Now the company has confirmed that the flagship luxury SUV will be launched in India on June 8, 2021 with the model expected to arrive as a CBU import.

Mercedes-Maybach GLS: What sets it apart from the regular GLS

Starting with the design, it’s in the details that give away this SUV as a Maybach GLS. The nose is chrome heavy with a Maybach-specific vertical louvre grille, chrome detailing lower down in the bumpers, larger alloy wheels, the Maybach logo on the D-pillar along with further splashes of chrome down the sides and rear.

Inside, the cabin is in-line with the GLS. The dashboard is dominated with dual 12.3-inch screens for infotainment and instrumentation with the screens getting the addition of Maybach specific graphics. The cabin also gets upgrades such as nappa leather upholstery and unique trim elements. Additionally, the Maybach GLS only gets two rows of seats with the rear seats positioned a full 120mm further back as compared to the middle row in the standard GLS.

Expect the Maybach GLS to come with a lengthy list of standard kit along with a range of options to choose from, such as a four-seat cabin with individual powered, reclining and massaging rear seats, a refrigerator, dual tone exterior paint schemes and more.

The Maybach GLS is currently available with a single petrol engine option globally – a 4.0-litre twin-turbo V8 mild-hybrid petrol – which will also be the sole engine option on offer in India. The unit makes 558hp and 730Nm of torque sent to all four wheels via a 9-speed automatic gearbox and 4Matic all-wheel drive. The 48V hybrid system or EQ Boost as Mercedes calls it, provides an additional 22hp and 250Nm of torque on demand.

Expect the Maybach GLS to cost a notable premium over the standard GLS already on sale in India. Rivals for this flagship luxury SUV will include models such as the Bentley Bentayga and the Range Rover.