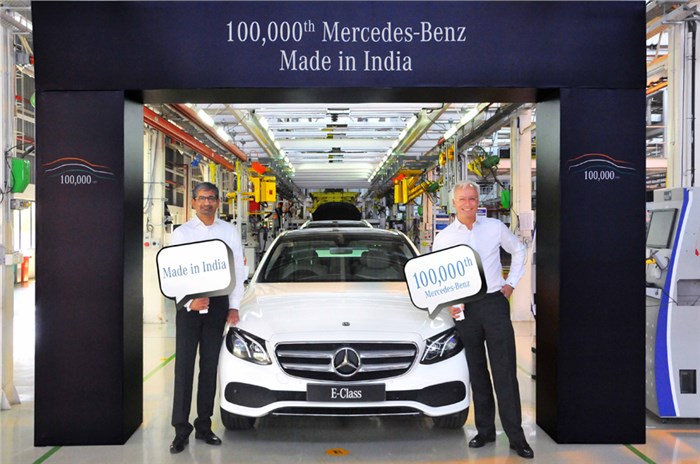 Having started its India journey with the introduction of the W124 E-class in 1995, Mercedes-Benz has now crossed an important production milestone – rolling out its 1,00,000th car for the Indian market.

The 1,00,000th car (produced at the company's plant in Chakan, Pune) happens to be the long-wheelbase E-class, which is now the backbone of Mercedes-Benz's overall sales in the country.

Mercedes-Benz's Chakan facility produces the CLA, C-class, E-class and S-class sedans, in addition to the GLA, GLC, GLE and GLS SUVs, as well as the Maybach S 560 limousine.