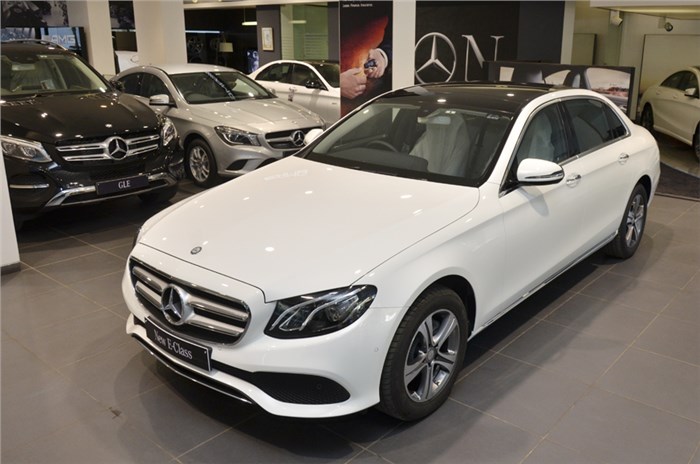 Mercedes-Benz India has registered sales of 14,867 units in the 2019 fiscal (April-March), recording a 8.4 percent dip in volumes. The German carmaker announced that, in the first quarter of the financial year (Jan-March), sales declined 14.7 percent to 3,885 units, as rising interest rates, liquidity crunch and rising costs weighed on customer demand.

Key rival BMW India notched an estimated 10,856 units during the fiscal, up 12.8 percent over an estimated 9,615 units sold in FY2018. The Bavarian company has closed the gap to its German rival, who ended 2018 as the country's highest-selling luxury carmaker for the fourth year straight.

BMW Group India recently reported its highest-ever first-quarter sales (January-March 2019), during which it delivered 2,982 cars (BMW and Mini), registering a year-on-year growth of 19 percent. Of these, BMW cars accounted for 2,822 units (up 19 percent) while Mini India sold 160 cars (up 18 percent).

Meanwhile, the Indian subsidiary of Swedish carmaker Volvo Cars sold 2,687 units in the 2019 fiscal (April-March), registering a growth of 25 percent year-on-year, albeit on a lower base. Jaguar Land Rover India and Audi India are yet to reveal sales figures for the quarter and fiscal.

The volume drivers for Mercedes-Benz India in the January-March period 2019 remained the Long Wheelbase E-class sedan, along with the new C-class and the GLC SUV. The V-class luxury MPV continues its sales success and has a waiting period in most markets, according to the carmaker. The AMG and the ‘Dream Cars’ segment remained the highest growing segment for Mercedes-Benz in Q1 2019, with more than 50 percent growth compared to Q1 2018.

Commenting on the company's performance, Martin Schwenk, managing director & CEO, Mercedes-Benz India said, “We are satisfied with our sustained sales performance, despite facing strong macro-economic headwinds. On our 25th year in India, we will continue to invest in new products and technologies, in retail network and digitisation, to keep ourselves future ready."