Santosh Iyer, who is the current vice-president (Customer Services and Corporate Affairs), will replace Michael Jopp, who moves to Malaysia after a two-and-a-half-year stint in India. 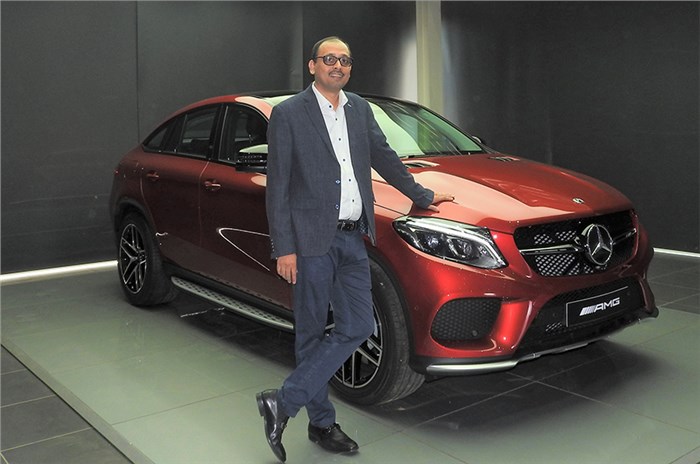 Santosh Iyer, currently Vice-President – Customer Services and Corporate Affairs, Mercedes-Benz India, is set to take over from Michael Jopp as the Head of Sales and Marketing from July 1, 2019.

Iyer did a six-year stint as the Vice-President (Marketing and CRM) before being elevated to the position of Vice-President (Customer Services and Corporate Affairs). In this role, he was responsible for establishing Mercedes as the No. 1 luxury car brand in aftersales quality, which is a key reason for the brand’s sustained success in India.

While Michael Jopp, who finishes his two-and-a-half-year stint in India, will move to Malaysia in July, Iyer will be succeeded by Shekhar Bhide, the current Vice-President of Quality at Mercedes-Benz India.

It is significant that Mercedes has appointed an Indian in the top sales and marketing position, which is likely because of Indian executives' nuanced understanding of the market. However, this isn't a first for the company.

In calendar year 2018, Mercedes-Benz India sold a record 15,538 units, posting growth of 1.4 percent over the 15,330 units sold in 2017. Growth was led by the long-wheelbase E-class, which remained the highest-selling model for the brand in 2018. The carmaker also witnessed healthy demand for the C-class sedan and the GLC was its highest-selling SUV.