The sixth model from Mercedes’ all-electric EQ sub-brand is expected to make over 400hp and have a range of up to 600km. 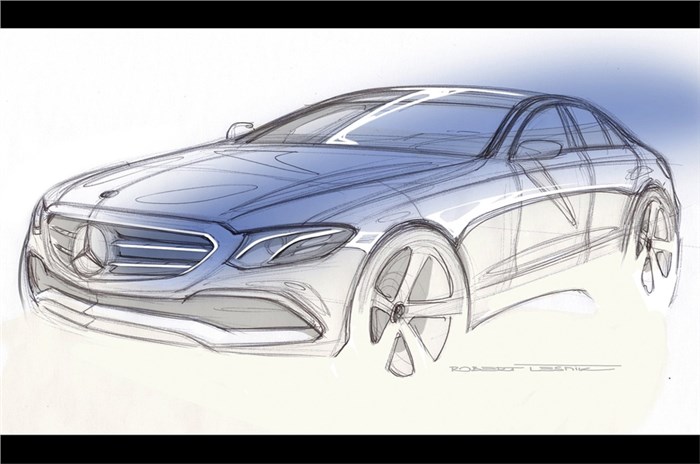 The Mercedes-Benz EQE electric sedan is scheduled to go on sale in 2022 and will compete directly with the Tesla Model S, in terms of price. Details of the carmaker’s sixth electric model have been cited in documents recently made public by the Chinese Ministry of Information and Technology in which the EQE is referred to under its internal codename, V295.

The EQE is one of 10 new electric models destined for sale from Mercedes under its EQ sub-brand by the end of 2025. Electric models are expected to account for more than a quarter of all Mercedes’ sales by the middle of the next decade.

The EQE will follow the recently introduced EQC, next year’s new EQA and EQV, the flagship EQS and the recently confirmed EQB.

A sibling model to the larger and more luxurious EQS that’s due in 2021, the EQE will also be the second Mercedes to be based on the company’s new MEA electric car platform. Set to make extensive use of aluminium, it is designed to give future EQ electric models a flat floor structure for added packaging flexibility and what Mercedes insiders have described as “class-leading interior space”. One source said: “The EQE will be shorter in length than today’s E-Class but offer space comparable to the existing S-Class.”

The EQE is expected to evolve the shape of the upcoming facelifted E-Class with a focus on aerodynamic efficiency. It is likely to adopt a face inspired by the rest of the EQ line-up, and is expected to sit lower to the ground, with ride height adjusting depending on the road conditions.

The EQC, EQA, EQV and EQB are based around existing platform structures that are shared with, respectively, the GLC, A-Class, V-Class and upcoming GLB.

Like the EQS, the EQE will be sold from the outset with four-wheel drive, with power coming from two electric motors – one mounted up front, providing drive to the front wheels, and a second driving the rear wheels.

To broaden the car’s appeal, Mercedes is also considering a rear-wheel-drive version of its new EQ model, although it is unlikely to be made available until 2022, according to sources familiar with the company’s electric car strategy.

Although it is still early days, power and torque are expected to eclipse the 407.5hp and 764.6Nm of the new EQC. Developments in battery cell technology are expected to provide the EQE with a range of close to 600km.

Among the features being touted for the EQE are active air suspension and four-wheel steering, as well as safety features incorporated into Mercedes’ new ESF experimental research vehicle, including level-3 autonomous driving functions.