A selection of some of the rarest and most beautifully-maintained cars gather at India's grandest classic Mercedes-Benz rally. 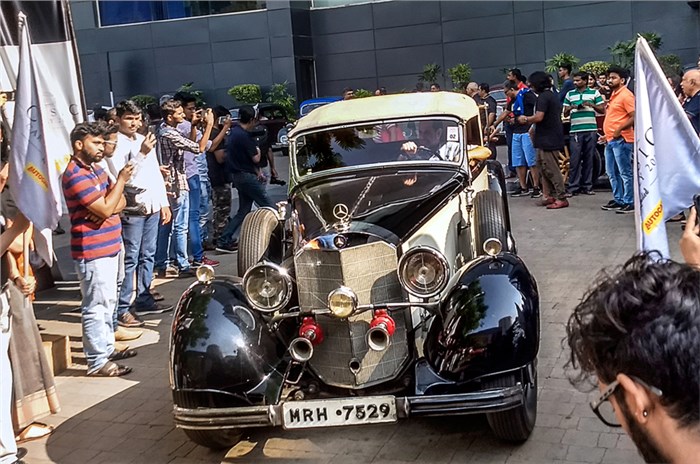 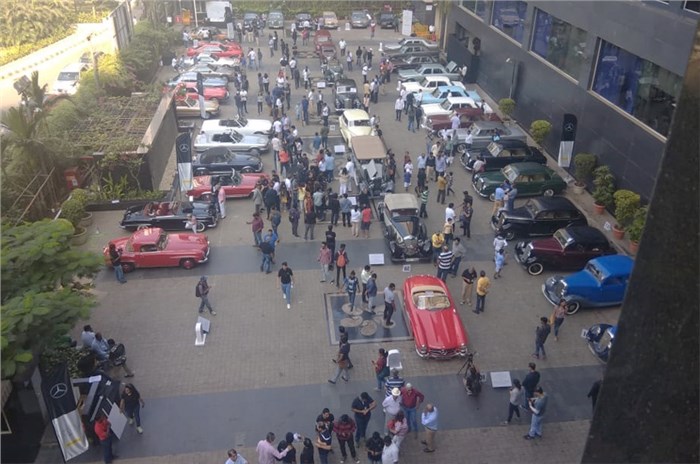 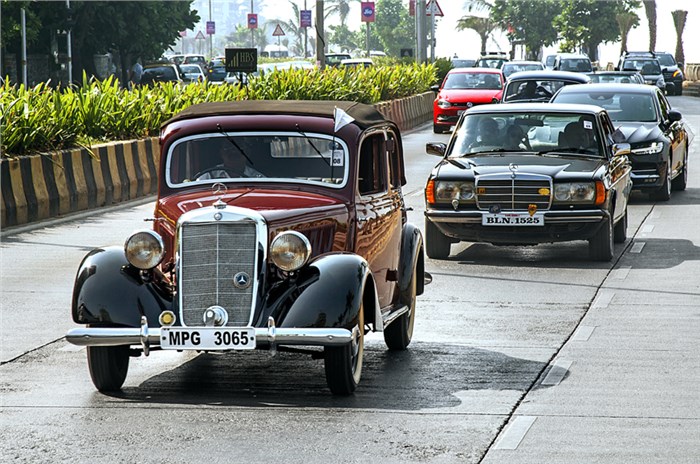 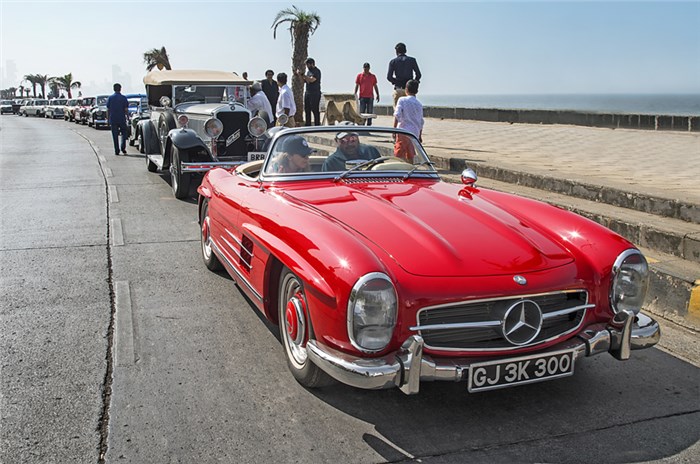 For the fifth edition of the Mercedes-Benz Classic Car Rally, the line-up of cars had to be something truly special... star-studded, if we may. And that’s exactly what Mumbai got today, as some of the rarest models came together for what was easily the grandest classic Mercedes rally India has ever witnessed.

On a pleasantly cool December morning, Sofitel BKC was abuzz with activity and the sounds from an era long gone, as over 90 participant cars made their way to the start point. Also present at the venue was Martin Schwenk, the new Managing Director and CEO at Mercedes-Benz India, to flag off the rally.

Talking about the Limited format for this year’s rally, curator Perseus Bandrawalla said, “With this format, the challenge was to bring in cars from every platform in different body styles, across generations and model ranges, along with rare and more exotic models.”

While there were more than a handful of star cars, it was the Maharaja of Gondal's stunning red 300 SL Roadster – the only example in the country - that grabbed maximum eyeballs and was a real crowd-puller. Following it on the popularity charts were Hormusji Cama's majestic (and incredibly rare) 500K and Viveck Goenka's W08 Nurburg – Mercedes’ first-ever eight-cylinder car and the only example in India. Talking about the Nurburg, Viveck Goenka said that the car was found about eight or nine years ago, abandoned in one of the mines in Dhanbad. It was in complete shambles then and even had a truck radiator, which is why it had to re-built from scratch. It has great sentimental value for Goenka as his daughter used the Nurburg during her wedding.

Also at the show for the first time was Ramesh Babu's 1914 Benz Runabout 8/20, which is the oldest surviving Benz in India, and keeping it company was Yashwardhan Ruia's Benz Patent-Motorwagen replica, which was a hit with the younger ones in the crowd.

Additionally, there were a couple of 300 ‘Adenauer’ models, a Typ 230 Pullman and every generation of the E-class, S-class and SL-class, and that meant there were some favourites in the house, including a brace of ‘Pagoda’ 190SLs, a W124 Cabriolet, and a number of W123 coupes sedans and wagons, along with C126 SECs as well.Filling up the remaining space was every body style of the uber-successful 170V model range.

The parade started out from Sofitel with the 300SL leading the way, and Schwenk seated in the W08 Nurburg. The line-up made its way through Bandra, getting on to the Bandra-Worli Sea Link and on to Worli Seaface for a leisurely cruise, before retracing the route and returning to the start point to cap off a 25-kilometre drive on fairly free roads. Needless to say, the rally had onlookers in awe of these gorgeous creations that are rarely ever seen in such great numbers.

Speaking after the drive, Rajesh Babu, the owner of the Benz Runabout, said, “The Mercedes-Benz Classic Car Rally 2018 was ‘simply fabulous’ for us to experience with our 1914 Benz Runabout.  It was absolutely incredible to see so many passionate Mercedes-Benz classic car owners and their classic car collections in one location.”

Kabir Bhogilal, who drove in his beautiful red 190SL (formerly owned by Bollywood actor Shashi Kapoor), said, “Every year, the bar has been risen at the Mercedes-Benz Classic Car Rally. This year’s idea of having entire generations of each model line was a great idea.”

Going by the success of the Limited format and how warmly the rally was received by participants and onlookers alike, it looks like the 2019 edition of the Mercedes-Benz Classic Car Rally can’t come soon enough.