Hardcore iteration of the GT Roadster is powered by the same 585hp, 4.0-litre, twin-Turbo V8 as its coupé sibling; production limited to 750 units. 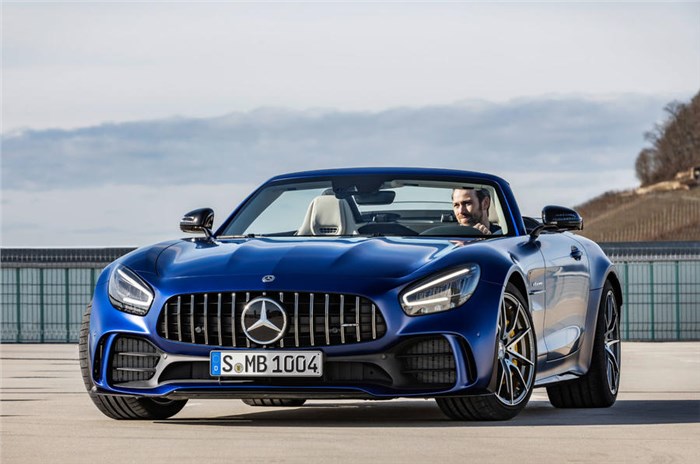 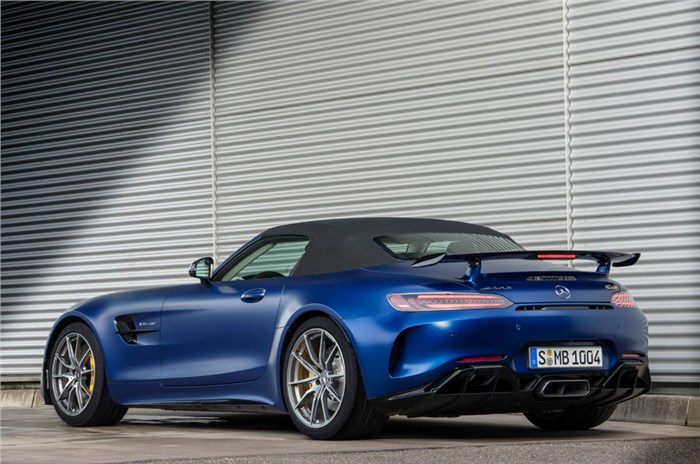 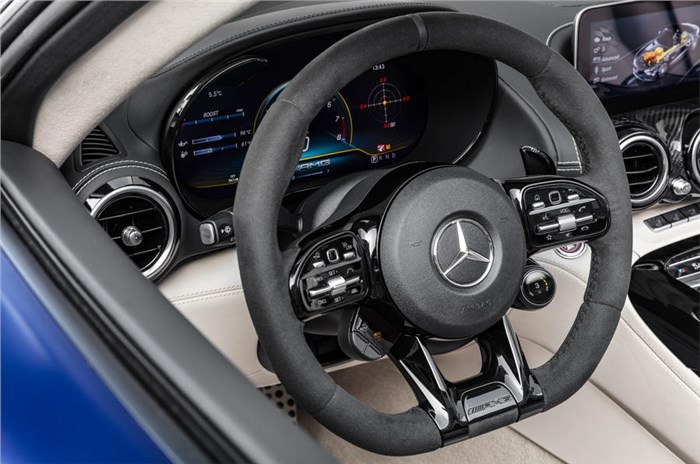 Mercedes-AMG has revealed a limited-run drop-top iteration of its hardcore GT R coupé ahead of the 2019 Geneva motor show. Limited to just 750 units, the GT R Roadster will share its 4.0-litre, twin-turbocharged V8 engine with the GT R coupé, producing 585hp and 700Nm of torque while paired to a 7-speed dual-clutch gearbox.

As per the company, the new roadster can accelerate to 100kph from a standstill in 3.6sec (identical to the GT R coupé) and reach a top speed of 317kph – about 2kph slower than the hard-top.

The aggressive styling of the coupé also translates to the Roadster (including the large, fixed rear wing) while the likes of the coil-over suspension and adjustable dampers (which can be tuned through several different driving modes) and the rear-wheel active steering feature also give the GT R Roadster a very similar dynamic spec as the coupé.

The aerodynamic package also carries over, including the front-lip spoiler, active aero front grille and a large rear double-diffuser that houses the exhausts. The wider track over the GT C Roadster on which the car is based allows for the larger lightweight 19-inch front/20-inch rear alloys. These, in turn, allow for 273/35 front and 325/30 rear Michelin Pilot Sport Cup 2 tyres to be fitted to the GT R Roadster, while also improving stability.

The three-layer fabric roof from the rest of the GT Roadster range carries over unchanged. As per the company, the GT R Roadster features thicker sill elements, an additional dashboard support and an aluminium cross-member integrated into the rear bulkhead, which supports fixed roll-over bars to strengthen the car’s structure. The model weighs 1,710kg – an increase of 80kg over the GT R coupé.

Expected to go on sale internationally in April, the limited-run GT R Roadster will have a bespoke badge on its centre console depicting that car’s number in the production run.

The Porsche 911-rivalling GT range now runs to 16 versions in international markets, which include hard- and soft-top road cars, and racing models.

Mercedes has not yet revealed if any units of the GT R Roadster have been allocated for the Indian market where it currently offers the GT S and R coupé and the standard GT Roadster.