The AMG beat the existing lap record by over 1.3 secs. 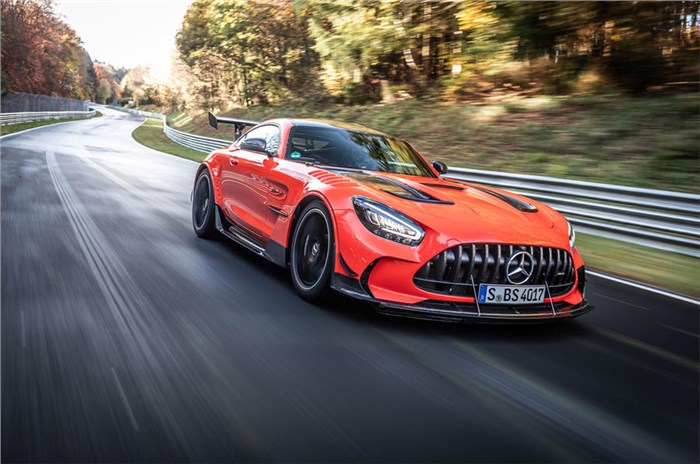 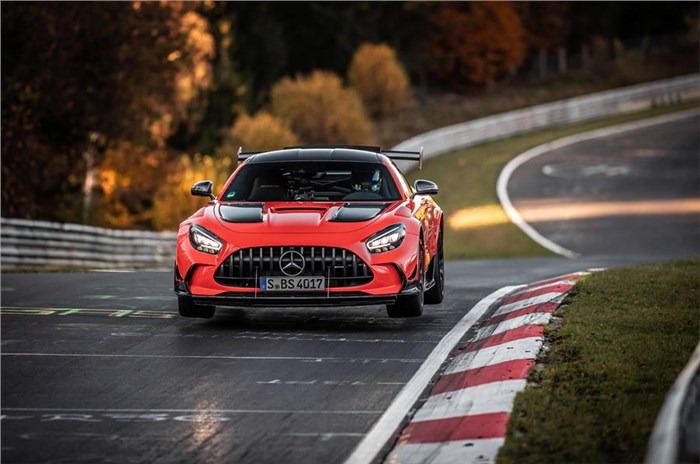 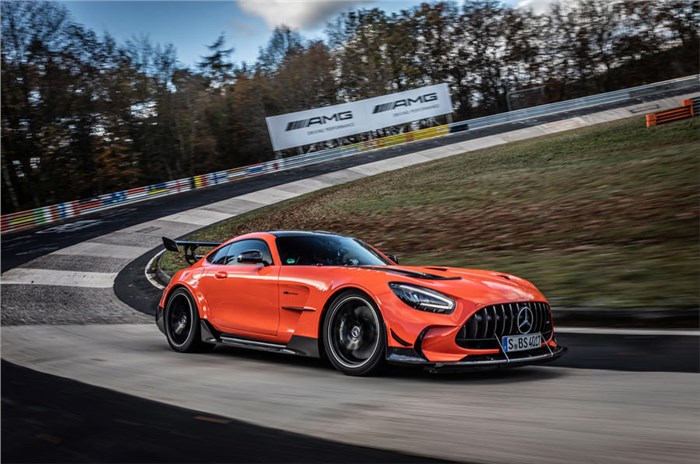 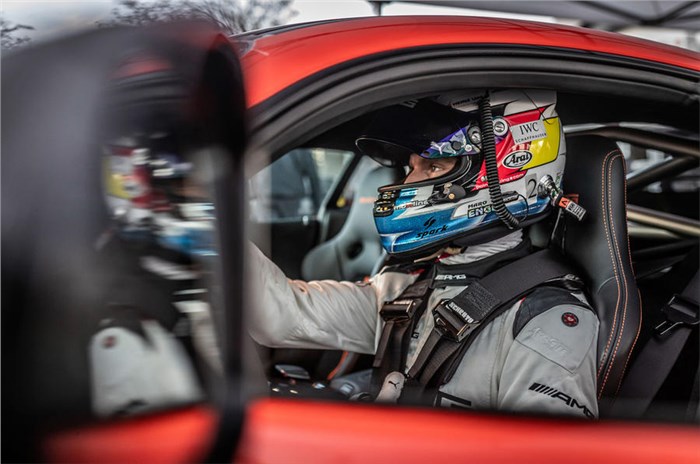 The Mercedes-AMG GT Black Series has become the fastest production car ever to lap the Nürburgring Nordschleife in Germany. The GT Black Series completed the lap in 6 min 43.616 sec, just over 1.3 sec quicker than the time set by the previous record holder, the Lamborghini Aventador SVJ.

The Mercedes-AMG GT Black Series set an “official measured and notarised certified” time of 6min 43.616sec for the lap without the T13 straight and 6min 48.047sec for the complete lap. This places the recently launched supercar at the top of the street-legal 'sports car' category.

That first time, - offered up because records set before 2019 were set without the 232-metre straight addition added as part of the new ‘official’ lap, - beats the previous record holder, the V12-powered Lamborghini Aventador SVJ, by just over 1.3sec. The new record was set by Mercedes-AMG GT3 racing driver, Maro Engel.

No modifications were made to the GT Black Series beyond those that can be made to it as a production model. For example, the adjustable front splitter was extended to the Race position, the spoiler blades were set to the middle position and the adjustable coil over suspension was lower by 5mm at the front and 3mm at the rear. The camber was also adjusted to the “maximum possible values”, while the anti-roll bars were in their hardest setting.

Mercedes claims the GT Black Series’ nine-stage traction control system was adjusted between positions six and seven depending on where Engel was on the lap. The factory Track package was fitted with rollover protection, while the standard Michelin Pilot Sport Cup 2 R MO tyres were fitted.

Engel described the GT Black Series as “significantly faster” than his GT3 car. The lap time was set on the same day as Mercedes-AMG's recent ‘executive class’ record set by the GT 63 S 4-Door Coupé, meaning track temperatures were low and some parts of the track were described as “not yet totally dry”.

Although far from the most powerful car to have lapped the 'Ring’, the Black Series’ aerodynamics and chassis dynamics are claimed to be the key to unlocking the fastest lap yet.

While there is no official word yet, Mercedes is likely to offer the Black Series to customers in India. Presently, the German carmaker retails the updated AMG GT R in the country, which was launched at Rs 2.48 crore. There's also the AMG GT 4-door on sale in 63 S guise, which packs a 639hp, 4.0-litre V8 and is priced from Rs 2.42 crore.