New tech to be incorporated in future AMG models powered by the brand’s 2.0-litre and 4.0-litre units. 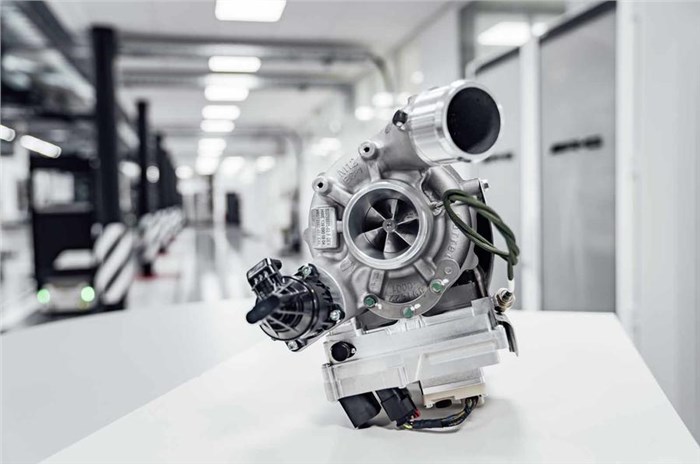 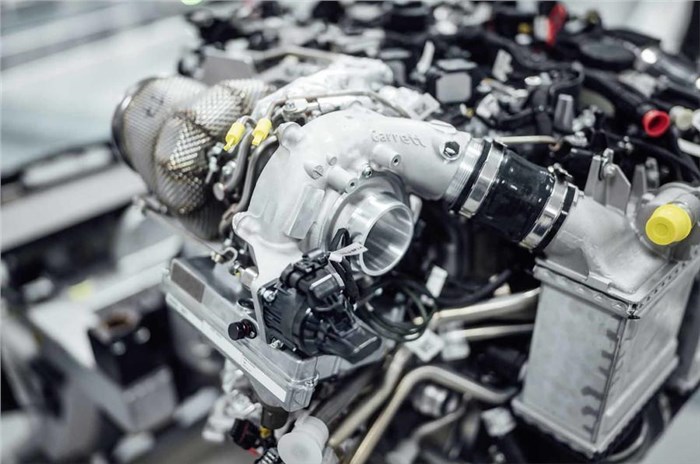 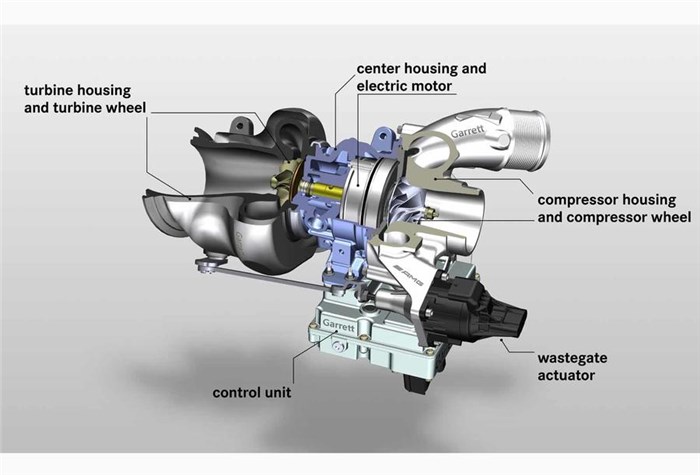 Mercedes-Benz’s AMG performance division has detailed a new electrically assisted exhaust gas turbocharger system that will appear on its next generation of models.

Claimed to draw on technology originally developed by AMG’s High Performance Powertrain division for Mercedes' Formula 1 engine, it is planned to replace the exhaust-gas-driven turbo setups presently used by AMG on both its 2.0-litre four-cylinder and 4.0-litre V8 engines.

Described as being in the final stages of development, the new turbocharger has been designed and engineered in co-operation with Garrett Motion and is claimed to possess a different operation to the electrically assisted exhaust-gas turbocharger used on AMG’s 3.0-litre six-cylinder 53-series models.

The new system uses a compact electric motor integrated on the turbocharger shaft, between the compressor wheel on the fresh-air side and the turbine wheel on the exhaust side, to boost induction. The motor, which is operated via a 48V electrical system, is used to drive the compressor wheel prior to the introduction of exhaust gas flow in a process aimed at eliminating turbo lag.

Mercedes-AMG says its new turbocharger can operate at up to 1,70,000rpm – in the process providing a much higher rate of air flow. The new electric motor and power electronics system are connected to the combustion engine's cooling circuit.

“We have clearly defined our goals for an electrified future,” said outgoing AMG chairman, Tobias Moers. “With this move we are strategically supplementing our modular technology and tailoring it to our performance requirements. In a first step this includes the electrified turbocharger – an example of the transfer of Formula 1 technology to the road, something with which we will take turbocharged combustion engines to a previously unattainable level.”

While it has yet to reveal further technical information to the new system, Mercedes-AMG says the new electric-assisted exhaust-gas turbo “significantly improves response from idle speed, as well as across the entire engine speed range”. Additionally, it claims the new turbocharger “enables higher torque at lower engine speeds”, leading to “optimised acceleration capability from standstill and enhanced agility”.