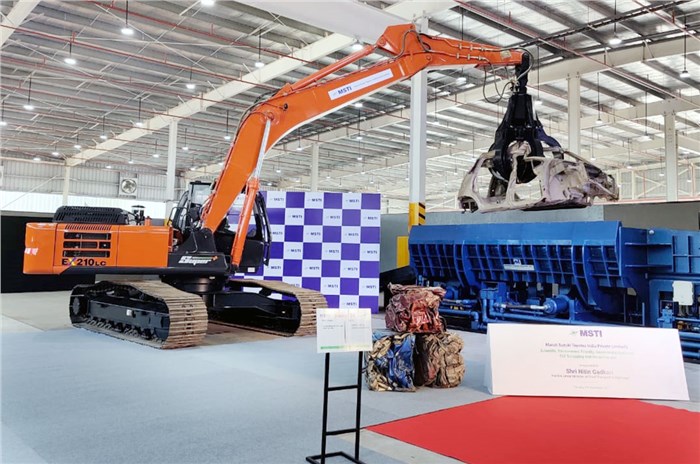 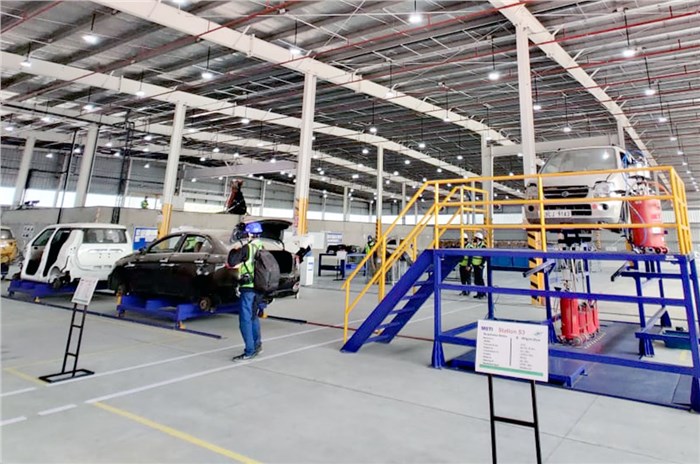 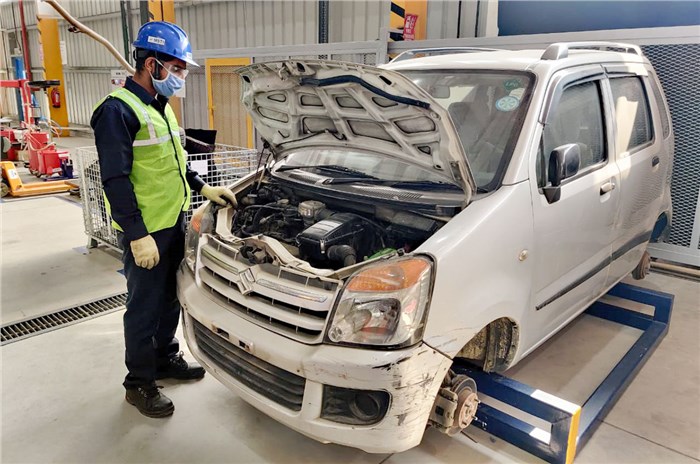 The Noida facility is capable of scrapping 24,000 vehicles per annum; MSTI open to establishing additional scrapping centres across the country.

Maruti Suzuki and Toyota Tsusho, a Japanese general trading and project management company, have inaugurated their maiden vehicle scrapping and recycling centre in India. The plant is located in Gautam Buddha Nagar in Noida, Uttar Pradesh, and is capable of scrapping 24,000 vehicles annually.

The two Japanese companies had announced the creation of a 50:50 joint venture – Maruti Suzuki Toyotsu India (MSTI) – back in 2019, with the Noida plant being its first project. The firm has stated that it is willing to set up more scrapping centres and “expand pan India, as per demand from other states.” The Noida facility has been set up at a cost of over Rs 44 crore.

With this move, the Maruti-Toyota combine becomes the second company, after Mahindra Cero, to have in place a formal dismantling set-up in the country. On similar lines, Tata is also gearing up to establish a vehicle scrapping centre in Gujarat.

Maruti Suzuki Toyotsu India scrapping centre: how does this affect you?

Owners of end-of-life vehicles (ELVs) had little to no options for safely disposing off their vehicles till a few years ago. However, the entry of formal players changes that. For instance, MSTI says that it will procure ELVs for scrapping from dealerships and individuals.

Once the vehicle is brought to its Noida facility, the company will begin the process of dismantling by removing various lubricants and oils, fuel and coolant, followed by taking out the body panels (like the doors, bonnet etc.) and interior trim (like seats, dashboard etc.). The main mechanical components, including the engine and suspension, will then be removed and the chassis number will be cut out.

Lastly, the vehicle body shell will be compressed into a bale that will be sold off to recyclers and smelters. MSTI says that it will follow “global best practices to ensure safe and environmentally friendly scrapping and recycling of ELVs, with zero discharge of oils and AC gases to the land and air."

The company believes that it can recover 95 percent of the vehicle as scrap. It also claims a “process time” of just 200 minutes for each car.

After the scrapping, customers will be given a “certificate of destruction”, which can be used for getting the vehicles de-registered from the respective regional transport offices (RTOs). MSTI says that the scrap value of vehicles will be paid digitally to its customers.

The opening of the MSTI facility follows the government’s recent approval of the country’s scrappage policy. MSTI believes that the policy will help boost new car sales by 10-12 percent and reduce India’s dependence on imports for raw materials and metals.

For the uninitiated, a quick recap: The recently introduced policy allows for voluntary scrappage of ELVs. People who scrap their old car are eligible for a 25 percent road tax concession on their next vehicle purchase, in addition to a complete waiver of registration fees. The government has also urged manufacturers to provide a 5 percent discount on the purchase of a new vehicle against a scrapping certificate.

Moreover, after their initial period of registration is over, old vehicles will have to undergo fitness tests, failing which they will have to be mandatorily scrapped. Vehicles that pass the test will be required to pay a green tax, in addition to the re-registration charges.

The aim of the policy is to discourage the use of old, polluting vehicles and take them off the road.