Fall in vehicle sales and increase in overall expenses weigh heavy on profits. 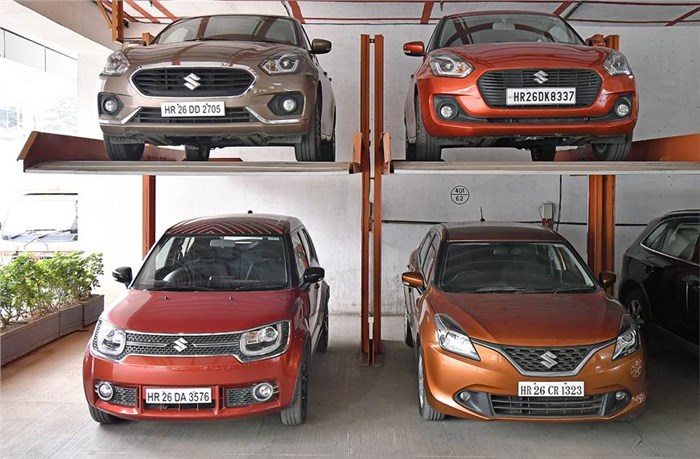 The ongoing slump in demand for cars has dealt a strong blow to Maruti Suzuki as India's largest carmaker recorded a decline in its revenue and profits in the April-June quarter.

The company today reported a revenue of Rs 18,735 crore, down 14.1 percent compared to the same period last year and its profits plunged 27.3 percent to Rs 1,435 crore.

Maruti said higher depreciation expense and sales promotion expense as well as lower capacity utilisation were some of the challenging factors. However, it said, cost reduction efforts, favourable foreign exchange rates and lower commodity prices cushioned the negative impact on margins over the previous quarter.

The Indian auto retail market has been reeling under the stress of slowdown, low demand and weak consumer sentiment. While the carmaker has been working hard to meet the upcoming BS6 norms, its diverse portfolio means the task is like a maze that has to be unraveled. And thanks to that large product portfolio, the company's R&D and engineering team along with its marketing team has a huge task in front of them.