Mahindra TUV300 Plus to replace Xylo 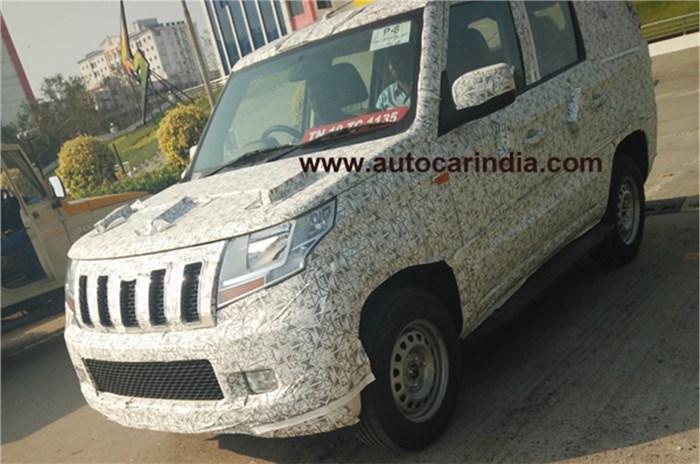 The Mahindra TUV300 Plus is the long wheelbase version of the TUV300; to come with a 1.99-litre diesel engine.

Mahindra is in the final stages of readying a long-wheelbase version of the TUV300 SUV, which is likely to be called the TUV300 Plus and not the TUV500 as speculated earlier.

The TUV300 Plus is based on an all-new platform and is expected to go toe-to-toe with the Maruti Ertiga by offering SUV-esque styling with the practicality of an MPV. A spy shot late last year showed that the upcoming SUV will come with a forward-facing third row of seats.

While the TUV300 Plus will share most of its exterior and interior bits with the standard TUV300, a set of spy shots revealed that the TUV300 Plus could come with a 1.99-litre mHawk diesel engine. This is a downsized version of the larger 2.2-litre mHawk motor that is used on the Scorpio, Xylo and XUV500. This 1.99-litre engine is already used on the Scorpio and XUV500, exclusively, for the Delhi-NCR area due to a sales ban on diesel engines above 2,000cc. While the 1.99-litre mill puts out 142hp in the XUV500, we expect the engine to put out 120hp in the TUV300 Plus.

The new TUV300 Plus will replace the aging Xylo in Mahindra’s line-up. The Xylo is based on an older platform and has been on sale in India since 2009. It was given a comprehensive update in 2012 and a minor refresh in 2014, though it didn’t quite make an impact in the segment. It is available with two diesel engine options – a 95hp 2.5-litre motor (aimed at the fleet market) and a 120hp 2.2-litre engine – mated to a five-speed manual transmission.

Mahindra is also planning a bevy of new models and facelifts. A new top-spec T10 variant for the TUV300 will arrive this month and a launch of a facelift for the KUV100, called the KUV100 NXT, with a few cosmetic changes and added kit is on the cards.

Additionally, Mahindra is also gearing up to launch the U321 MPV, which will take on the likes of the Toyota Innova Crysta, before March 2018. It will be followed by an all-new compact SUV (Code: S201) expected in mid-2018 that will be based on the SsangYong Tivoli. The carmaker has also confirmed that a new SsangYong Rexton will arrive in India by Diwali 2018 with a Mahindra badge.

SCOOP!MahindraXUV500 2.2 petrol in the works