Six armoured Mahindra Marksman vehicles will be used by the CISF stationed at the Indira Gandhi International Airport in New Delhi. 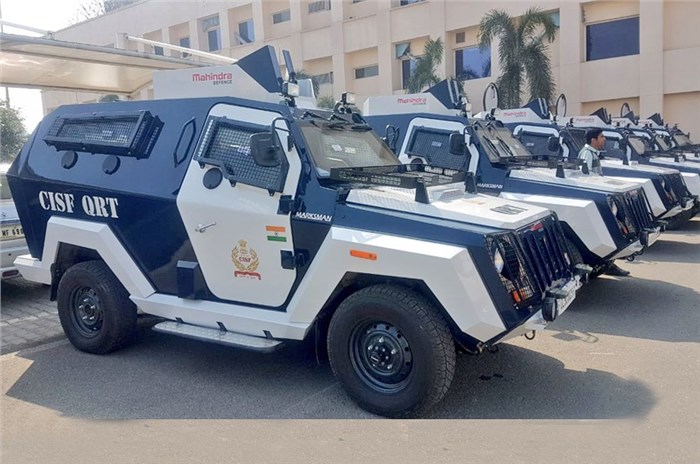 The Mahindra Marksman is a six-seat (seats two in the front and four in the rear) light combat vehicle that has been armoured to ‘level B6’ standards – this level safeguards its occupants from small arms fire as well as grenade attacks. The Marksman is also capable of providing floor blast protection against up to two hand grenades.

Powering the vehicles is either a 2.2-litre mHawk turbo-diesel engine or a 2.6-litre turbocharged DI engine. Both engines are paired to a 5-speed manual transmission. The Marksman is based on the same platform as the Scorpio, though it weighs significantly more than the SUV due to the body armour.