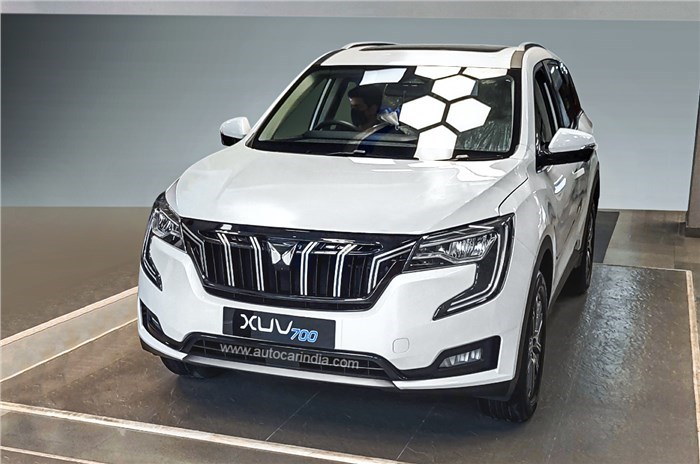 Mahindra & Mahindra said it has worked out a strategy to manage the chip shortage that has dogged the OEM (and all others as well), and is now confident that it would face no production glitches in Q4 of the current fiscal. The company's top leadership made these remarks during a meeting to announce the company’s October-December 2021 (Q3) results.

The strategy included roping in another source in the short term for the IC (Integrated Circuits), which is a key part of the ECU, creating reserve stock of ICs and also sourcing from the open market. The leadership emphasised that the impact of this policy is already being seen in February production, and that it is confident of a smooth quarter ahead. The company has also outlined medium-term measures, which include finding suitable substitutes for complex multi-function ICs along with looking into multiple sources for ICs.

The carmaker reported strong demand for its SUVs in Q3 with over 1.5 lakh open bookings – bookings made but car yet to be delivered. The new XUV700 accounted for a substantial share of this with over 70,000 open bookings. The company said that other models too have received robust bookings, including the Bolero family (7,000 bookings per month in Q3), XUV300 (with 7,500 monthly bookings), and the Thar (4,500 monthly bookings).

The carmaker also reported volume loss of 20,000 units due to the chip shortage, but with all its products garnering good bookings, it is clear that the company hopes that the new measures will enable it to see a normal quarter on the production front this fiscal.

Mahindra to focus on margins

In the quarter under review, the company’s leadership said it has focussed on margins and that would continue into the remaining quarter. This has meant looking at material cost savings, fixed cost optimisation and selling price increases.

Moving on to new models, the carmaker confirmed that it is readying a facelift for the company’s Maruti Suzuki Vitara Brezza and Tata Nexon rival, the XUV300. The compact SUV is expected to launch early next year and will debut Mahindra’s new 1.2-litre direct-injection turbo-petrol engine.

Also on the cards is the much awaited new Scorpio, which is expected to launch in the coming months.