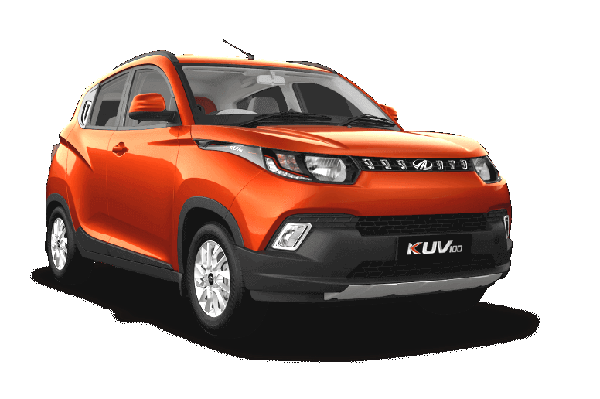 The KUV100 is available in both petrol and diesel engine options.

Mahindra’s latest launch, the KUV100 recently claimed a waiting period of over two months. The carmaker has announced today that the hatchback has garnered over 21,000 bookings. This comes barely a month after the car’s launch.

Prices for the petrol variants start at Rs 4.42 lakh and go up to Rs 5.91 lakh for the top-spec model. The base diesel is priced at Rs 5.22 lakh, going up to Rs 6.76 lakh (all prices ex-showroom, Pune). All variants get ABS and EBD as part of standard kit, while dual-front airbags are available as optional on all variants.

Mahindra has left no stone unturned in retailing the KUV100. Apart from its dealer network, M&M has employed various e-commerce platforms to sell the car and has started accepting bookings on Flipkart, as well as its own e-retail platform, M2ALL.

M&M had earlier confirmed that production capacity at its Chakan facility would be increased, with numbers going from 9,000 units a month to 12,000 units in less than six months.

Speaking on KUV100 booking milestone, Pravin Shah, president and chief executive (Automotive), Mahindra & Mahindra Ltd said, “We are delighted with the number of KUV100 bookings received within just a month of its launch and would like to thank our customers. The large number of enquiries and 21,000+ bookings, reaffirm the immense popularity KUV100 has garnered in such short time. With the launch of the KUV100, we have pushed the boundaries to create a new segment of SUVs as a superior alternative to compact cars and that has resonated well with our customers. What is also very encouraging is that almost half of our bookings are for the KUV100 petrol variant. Further, we are putting our efforts to serve the customers faster by increasing the capacity, as was shared during the launch.”

This is the manufacturer’s smallest offering yet, and its first foray into the hatchback segment, which includes cars like the Maruti Swift and the Grand i10.