The Evija will be a limited-run model, with only 130 units being produced; Lotus promises the car’s output to be 2,000hp when it launches in international markets. 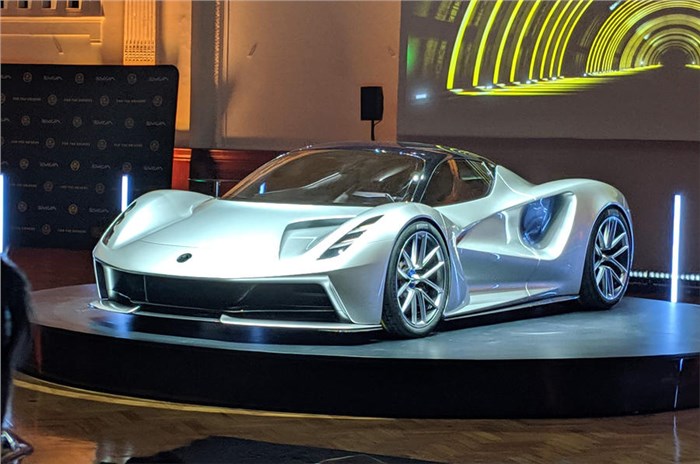 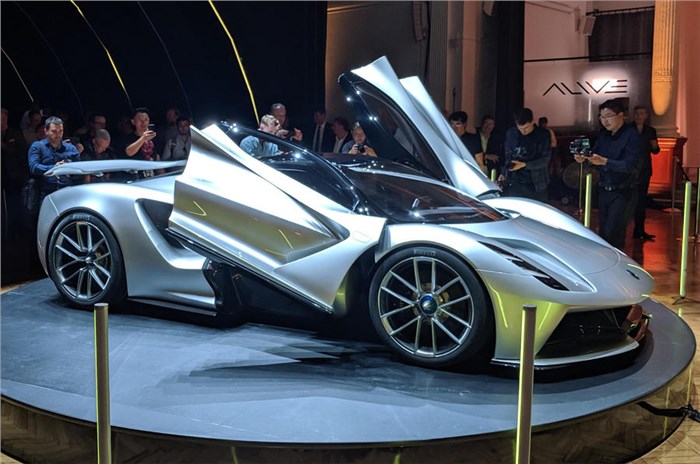 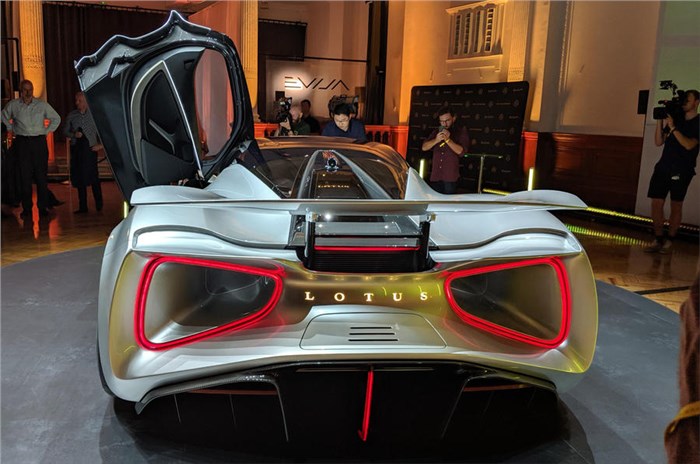 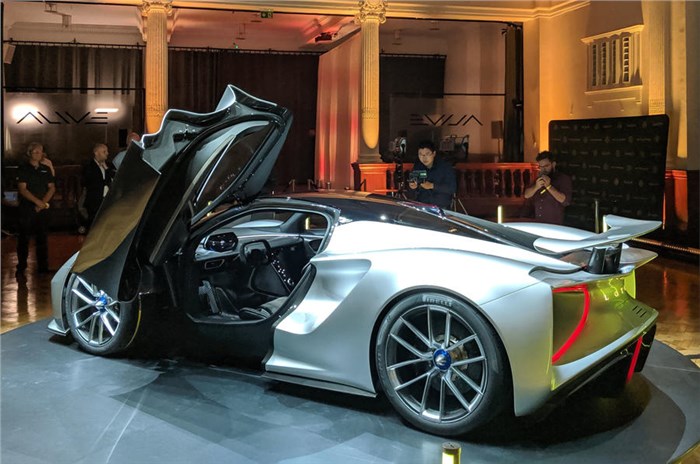 Lotus has revealed the Evija, the all-electric hypercar it claims will be “the most powerful production car in the world.” An output of 2,000hp is promised when it hits roads next year, which is more than the upcoming 1,914hp Pininfarina Battista and Rimac C Two, and the 1,500hp internally combusted Bugatti Chiron that’s currently in production.

No more than 130 of the two-seat hypercars will be built, each priced at £2.04 million (approximately Rs 17 crore). “Target specifications” include four-wheel drive, 1,700Nm and torque vectoring, giving it a 0-100kph time of less than three seconds, a 0-300kph time of less than nine seconds and a top speed of 322kph-plus. A production slot can be reserved with a refundable deposit of £250,000 (approximately Rs 2 crore).

The Evija, pronounced ‘E-vi-ya’, will be Lotus’ first new-model launch under Geely ownership, and is the carmaker’s first all-new model for more than a decade. It will be made at the company’s traditional home in Hethel, Norfolk, and will act “as a ‘halo’ for the rest of the Lotus range” both now and for “new Lotus performance cars to come”.

The car pictured here in a studio is for show, but Lotus’ design director, Russell Carr, told our sister publication Autocar UK that “this is how it’ll be on the road. This is very much the production car. All the surfaces are made to production level.”

The Evija, which is codenamed Type 130, is low and broad, at 4.59m long, 2.0m wide and 1.12m high. According to Lotus, it “marks the beginning of a contemporary new Lotus design language”.

Around the overall design simplicity come some advanced aerodynamics. They direct air flow over, under and through the car, creating a complex body shape with vast scoops running through the rear three-quarters, and exiting at the back.

The design is permitted by the adoption of electric drive. “That certainly gives us a lot more freedom, yes,” said Russell Carr, design director, Lotus. “You’ve obviously got battery packs that can be placed in certain places, and it’s certainly different from a traditional combustion engine, and we’ve tried to exploit that as much as possible.”

Lotus hasn’t yet revealed how many electric motors the car will have or where they’ll be positioned, but its partnership with Williams Advanced Engineering – which is, among other things, the supplier of batteries to the Formula E grid – will be key to the Evija’s performance.

Lotus said the Evija will have a 70kWh battery, capable of being charged at up to 350kW, enabling an 18-minute charge with a WLTP range of around 402km. The charge port is at the rear of the car.

Construction is from carbon fibre, both for the chassis and the body. Light weight is core to all Lotus models and the Evija weighs several hundred kilos less than the Battista and C_Two are reported to be, although they have more battery capacity. Even so, at 1,680kg, the Evija is likely to become the heaviest Lotus ever. Despite this, Lotus boldly claims it will “set a new standard for Lotus driving performance” and be “the most dynamically accomplished road car in the history of Lotus”.

On the inside, the carbon-fibre construction remains visible in what’s a relatively spacious cockpit. “The start point is a floating beam, this open instrument panel you can place your hand right through,” said Carr. “The inspiration for that came from classic racing cars, from the 1950s and ’60s, in which you can see the structure. In those days it would have been tubular, but on this it’s carbon fibre.

“We wanted to use carbon fibre, and once we got into that we started looking at wishbones on racing cars. We looked at modern racing bicycles as well, and that informed some of the sections and forms that go in there. And that’s really become a very distinctive part of this interior. If you love modern racing bikes or componentry on racing cars, you’ll recognise that.”

“It’s a nice shape to use as well, with the wing profile, and adds a strong aeronautical flavour on the whole car. It’s very distinctive,” Carr added. “There’s a certain luxury to space and in such cars you can feel very claustrophobic. This feels open.”

That’s in stark contrast to another upcoming hypercar, the Aston Martin Valkyrie, with the implication that the two British hypercars will be quite different, in ethos as well as propulsion.

“We wanted, if this doesn’t sound ridiculous, a really usable hypercar,” said Carr. “The Evija is very much a road car. But obviously the performance credentials of this car mean that it can be driven on the track.

“Certainly from our side the work we’ve done on the aerodynamics means that it’s going to be an extremely quick car, generating a huge amount of downforce, which means it can be driven at high speeds. It’s going to be a stable car wherever it’s driven.”