New battery electric SUV to sit on the eCMP platform; expected to sit below the Renegade in global markets. 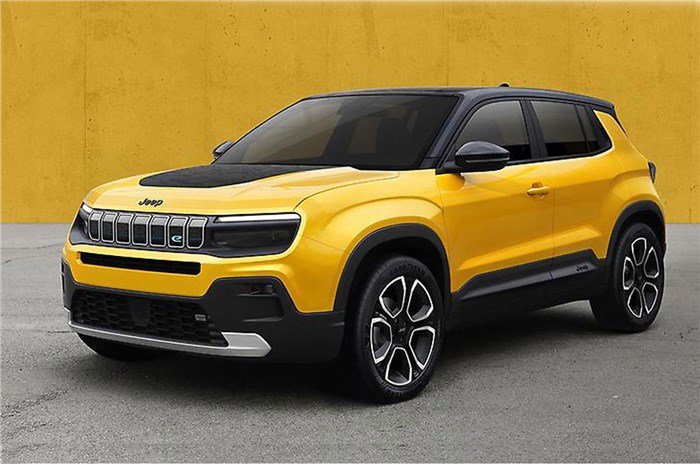 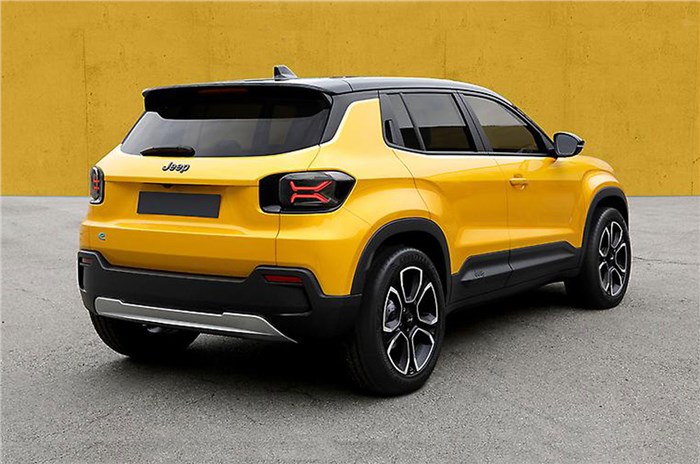 Jeep revealed teasers of its first all-electric model at parent company Stellantis' online event. Previewed in images, the yet  to be named SUV is expected to make its public debut by early 2023 and will sit on sister company Citroen's eCMP platform.

New Jeep electric SUV: what do the images reveal

The first images only reveal the upcoming SUV's exterior design, which doesn't stray far from Jeep’s current boxy and upright design language. The trademark Jeep grille is now closed off and houses an 'e' logo to showcase the model's electric credentials. The headlamps look to feature a split design with the LED daytime running lamps positioned above the main rectangular headlamps. Down the sides, the pronounced wheel arches, strong shoulder line and notable amounts of body cladding add some character to the SUV.

The rear is characterised by sunken, squared tail-lamps with LED graphics that's similar to the recently revealed Renegade facelift. The bumper features plenty of black cladding along with a faux skid plate to add to its SUV character.

Jeep has only confirmed that its new EV will sit on the eCMP platform, which is also used by sister company Citroen and Peugeot. While Jeep will reveal more details closer to the model's global debut – being a Jeep – one can expect the all-new SUV to get a four-wheel drive variant in keeping with Jeep's off-road heritage.

Shifting focus to India, there is currently no news if this global EV could come here. For 2022, Jeep recently launched the facelifted Compass Trailhawk with two additional launches planned before the end of the year. The next launch is set to be the Compass-based three-row Meridian SUV with the new Grand Cherokee set to hit the market before the end of the year. Jeep has confirmed that the new Grand Cherokee will be a locally assembled model and will be powered by a 2.0-litre turbo-petrol engine as standard.