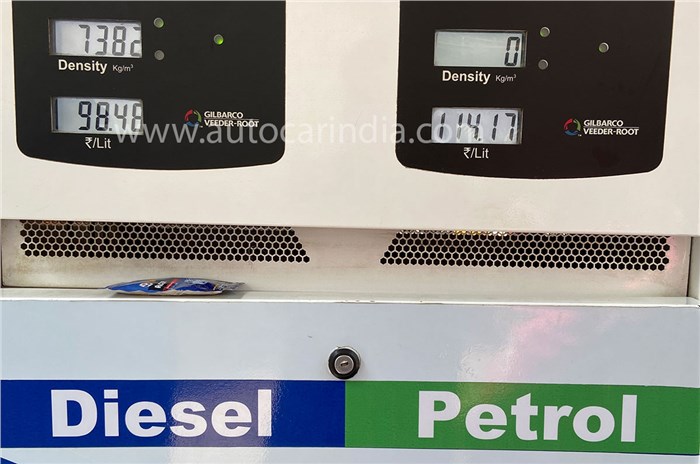 There had been a pause in the revision of fuel rates since November 2021, however, with Russia's invasion of Ukraine, the prices have started shooting up again. As India imports nearly 85 percent of its energy needs, a slight fluctuation in the prices internationally would have an impact here too.

On Sunday, petrol and diesel prices were increased by Rs 50 paise per litre and Rs 55 paise, respectively. After Monday's hike, petrol prices in Delhi now cost Rs 99.41 per litre, while diesel has gone up to Rs 90.77 a litre.

According to a report by Moody’s, fuel retailers IOC, BPCL and HPCL have together lost around $2.25 billion (around Rs 19,000 crore) in revenue in March by keeping petrol and diesel prices unchanged despite a sharp rise in crude oil prices internationally.

CNG on the rise too

CNG prices were raised by Rs 50 per cylinder last week, and the Delhi government also hiked prices of Piped Natural Gas (PNG) by Rs 1 per unit, which has resulted in it costing Rs 36.61 per unit. The price of CNG in Mumbai is Rs 66 per kg, while it costs Rs 60.01 per kg in Delhi.

LPG prices currently stand at Rs 900 per cylinder in both Delhi and Mumbai.