Anand Mahindra speaks to us about that various challenges of electric cars from the E2O to the PF0 hypercar what role Mahindra's Formula E efforts have played in the development. 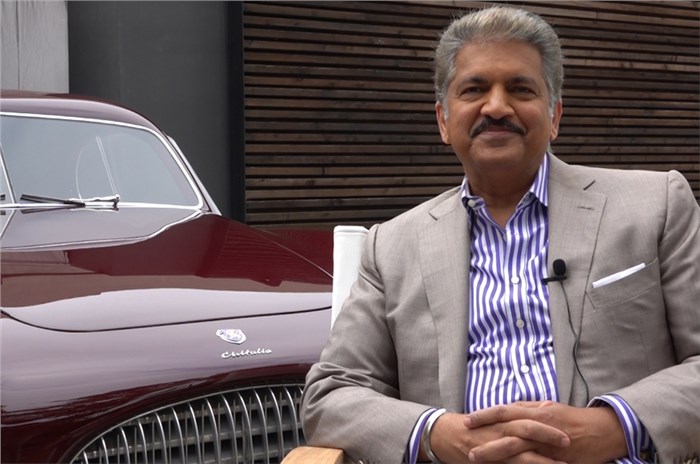 Anand Mahindra, executive chairman of Mahindra & Mahindra speaks to us on the impact of the PF0 halo model on the Mahindra Group, the risk associated with the project and overcoming the steep learning curve.

With the e2o on one end and PF0 on the other, you are straddling two extremes. How does this work in terms of Mahindra’s strategy? Can we see a middle ground?
The landscape of future mobility is going to be a varied one. It is going to straddle the very low end, which will involve transport as a commodity where people get into small pods or EVs or autonomous cars to get from point A to point B. In the middle, will be cars that reflect the owner’s personality, their desire for recreation and for getting out on an open road. Then there will also be the very ultra-high end, where people buy cars because they are passionate about them, because they love speed and they love performance and they just love things of beauty. My goal is to see that Mahindra is represented in all of these three ends. We have electric cars such as the e2o, which is going to serve as commodity transport. We are already well represented in the lifestyle segment through our SUVs. But, we also wanted to be in the high end, where it is very difficult to create a heritage brand, which is why we invested in Pininfarina. With Pininfarina, we are bringing an incomplete story to life – the story of Batista Pininfarina who always wanted a Pininfarina-badged car. Moreover, this is not the only car that Automobili Pininfarina will make. It will never be a mass-market brand, but it will certainly come down to a point where there will be higher volume cars than the PF0.

What effect will a halo model have on Mahindra & Mahindra?
If we succeed with the Pininfarina brand, it will put a wonderful halo onto every kind of mobility that Mahindra does and this halo will trickle down as well. Pininfarina stands for innovation, purity and elegance. Those are qualities that I think can be transferred on to not just all the vehicles that Mahindra builds, but frankly to the entire Mahindra portfolio and to the brand. Pinifarina designs architecture, it designs boats, and we believe that if you want a business to be anti-fragile, things of beauty are what’ll bring you that resilience. No matter what happens in the world, no matter what technology enters into the building of products, things of beauty are always going to be of great appeal to consumers. We believe Pinifarina and its design DNA are going to help the entire portfolio of Mahindra companies and indeed the brand.

Isn’t developing the PF0, which takes you to unknown territory, a big risk?
Our group is now of a very substantial size, so this is not a risk that is an overly large one financially. But it is, of course, a risk to our reputation. If you don’t take such risks occasionally, you are never going to achieve anything of consequence. It’s the old philosophy of ‘No pain, no gain’. I think the largest risk I ever took was betting on the Scorpio many years ago. We spent Rs 600-700 crore, and I don’t think I have ever made a bet as big as that. So this risk is certainly not one I am very scared of. The interesting thing is that, ever since we got into EVs, I have constantly been asked on social media: “When are you going to make something to rival Tesla?” And after seeing the prototype, I think we have finally developed a cutting-edge product.

What role will your Formula E racing team play?
In Formula 1 racing, most of the technology never makes it into any of the cars that are driven. But there is going to be a race-to-road movement as far as Formula E is concerned. The beauty about the all-electric hypercar is that it is not isolated from the technology that comes from racing. So Mahindra Racing is going to be the bridge between Mahindra Group and Automobili Pininfarina. They will also pass on the technology to Mahindra Electric. The enormous development in batteries, motors and dynamics is going to be transferred seamlessly, not just to high-performance cars like the PF0, but also to much humbler electric vehicles such as our e2o.

Automakers are facing a challenge of spreading resources between IC engines, autonomous and electric mobility. Is collaboration the way forward?
Collaboration is certainly a way forward and as you know, Mahindra has been doing it for many years. We have collaborated with Ford, with Renault and are collaborating with Ford again. But in the last 20-30 years, with the advent of the internet, of start-ups and with the porosity of knowledge, it is far easier to be able to share knowledge than it was earlier. In the earlier days, individual companies developed their own proprietary knowledge and then kept it within their headquarters like a fortress; that’s not the case today. You know you can look up on the net and discover how to build a nuclear weapon. Building a car is much more simpler. So, we are open to absorbing technology from wherever we can get it.

Sometimes, companies have to go through a learning curve as it’s hard to change some deep-rooted aspects of cars. How important is to get the right people in place to do that?
We opened a research centre in Detroit for exactly that reason (to get the right people in place) because we knew that there was enormous amount of knowledge in the engineers who were laid-off during the recession in the US. We were able to find them an opportunity to work and the world has now seen the first outcome of that investment in the newly launched Marazzo, which was engineered completely in Detroit. So you’ll see the culture of Mahindra is now one that is very open, very absorbent and very eclectic.