New image of Pininfarina concept sheds light on the PF0's split-tail design; hypercar will have a total output of 1,900hp. 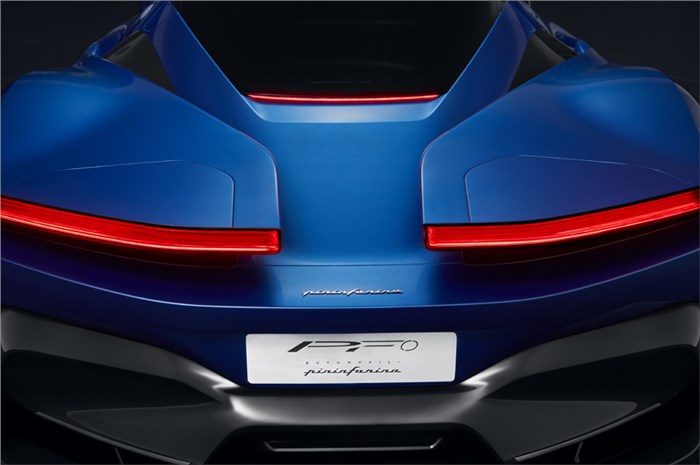 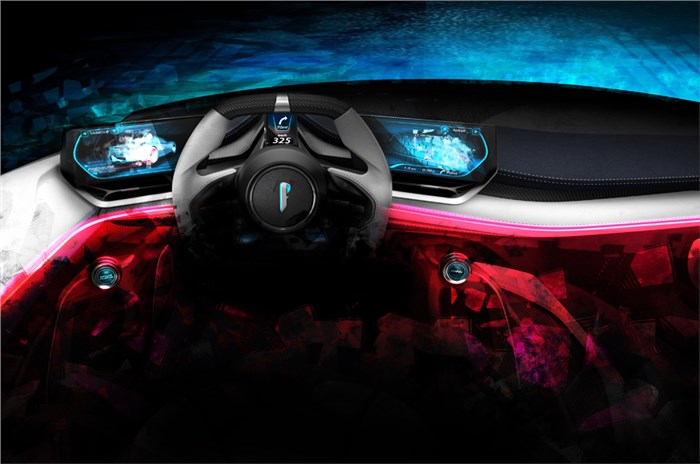 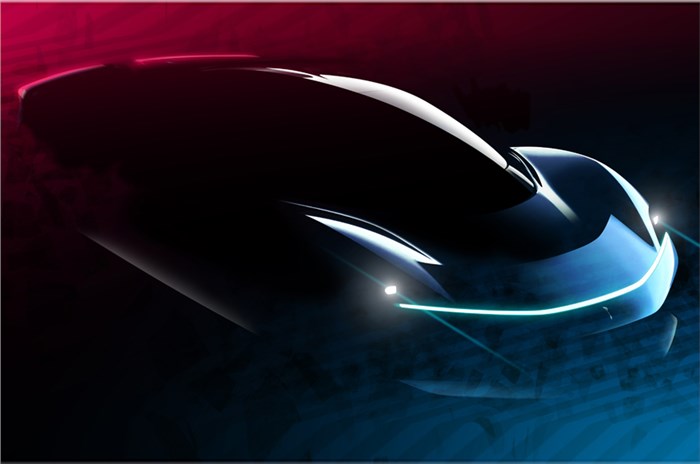 Production of the PF0 hypercar will be limited to 150 units.

Perschke says initial response for PF0 has been encouraging.

Mahindra-owned Automobili Pininfarina has shown a prototype of its first product, the PF0 electric hypercar, to a select lot of potential buyers on the sidelines of the Pebble Beach Concours d’Elegance at Monterey, California.

Autocar India too was given an exclusive preview, along with a small group of invitees. No photographs were allowed, however. The company has released just one image that reveals the car’s rear styling. The public will have to wait until the 2019 Geneva motor show to get their first look of the PF0.

However, after seeing the full car painted in the same bright blue, up close, we can tell you the overall appearance is that of a modern Ferrari 308 with some elements of the McLaren 720S. There’s not a straight line in sight and it’s a shape with lots of swoops and curves penned with a few simple strokes. The front end is smooth and uncluttered, and the highlight is an LED strip that runs across the width of the car. “A full-width LED strip will be the design signature of future Pininfarina cars,” says Luca Borgogno, head of design at Automobili Pininfarina.

There’s a distinct separation between the glasshouse, which has a contrast black roof, and the bulging rear flanks that rise into the tail section. The talking point, however, is the split rear tail, seen in this officially released image. “The design of the PF0 is very special, with lots of unique design touches like the split tail that gives the car a special identity,” says Borgogno. The cutouts you can see on the top of each of tail section is a pop-up spoiler that could also act as an air brake (you’ll need all the stopping power you can get for a car capable of 400kph). The tail-lights are thin LED strips, which again set the tone for future models. The charging point flap, which is located conspicuously high on the C-pillar is likely to be shifted to a place on the car that’s less visible; the flat panel between the two tail elements is a likely spot.

The interiors were not shown but sketches indicate that the cabin too will look stunning with a high-quality ambience. Borgogno said that the focus is on making every element look special. “Even the stereo system will look like a jewel,” he said.

The mechanicals and power unit will be largely based on the Rimac C2 and hence the same 2,745mm wheelbase will be carried over. Like the C2, the PF0 will also be four-wheel drive with four individual motors producing 475hp each, or a total of a mind-boggling 1,900hp. Mate Rimac, whose company Rimac Automobili will be supplying the electric powertrain and other components to Automobili Pininfarina, was also present at the launch. Automobili Pininfarina will also use the know-how of Mahindra’s Formula E racing team to develop the powertrain.

Also present at the exclusive preview was Anand Mahindra, chairman of Mahindra & Mahindra (which owns Pininfarina), who said, “We do believe the PF0 is, in every sense of the word, a halo car. What we want now is both the qualities of purity and design – which Pininfarina represents – to give a halo to everything Mahindra does. Design, of course, not only in the conventional combustion-engined cars, but also in renewable energy.”

The initial response has been very encouraging according to Perschke who indicated that he had already bagged several firm orders (with a USD 200,00 deposit), although he refused to divulge the number.

The PF0, expected to cost $2 million, will be revealed at the Geneva motor show in March 2019, and deliveries are expected to commence by the end of 2019. Unfortunately, the PF0 will not make it to India as it will be manufactured in left-hand-drive form only.