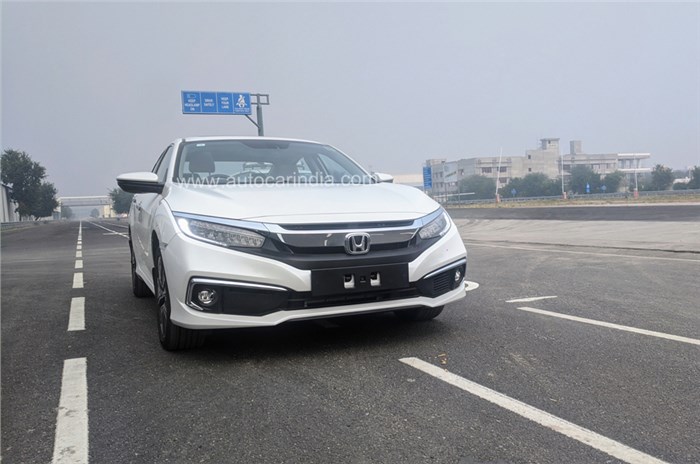 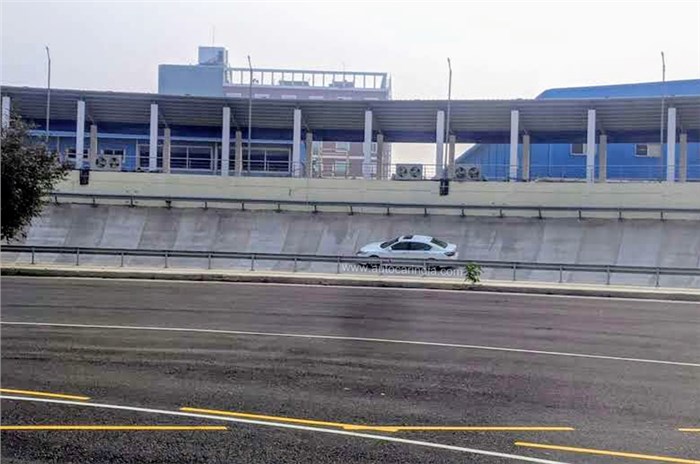 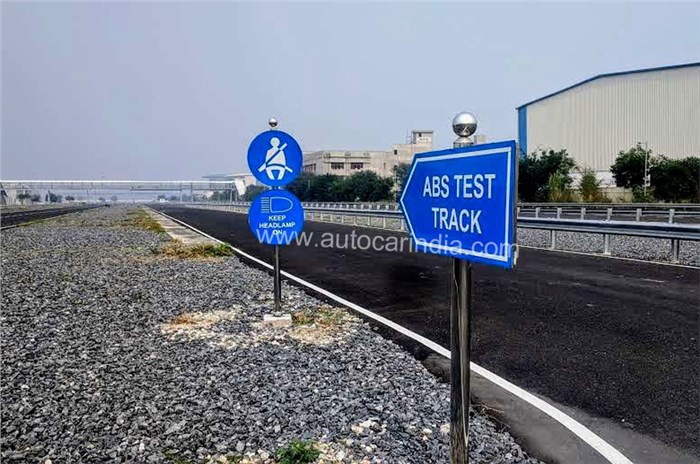 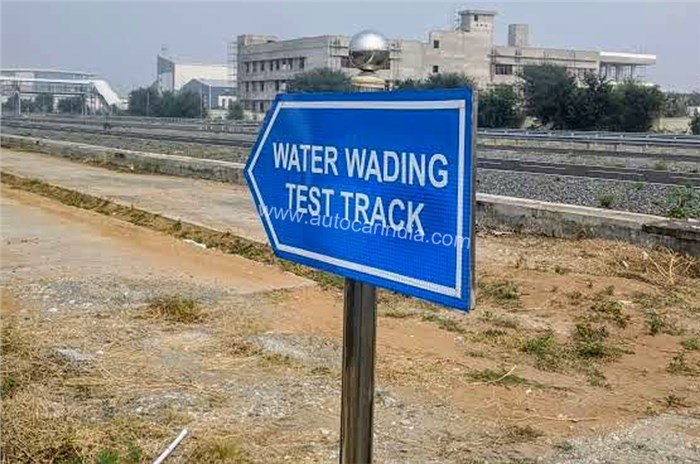 The International Centre for Automotive Technology (ICAT) has inaugurated a new test track facility at its second site in the IMT industrial area of Manesar. Part of the 46.6 acre land that also houses the new NVH, passive safety (crash lab), tyre and EMC testing facilities established earlier this year in May, the adjacent track will allow the testing and validation agency to expand its scope of services it offers to auto manufacturers and component suppliers in India.

The oval track is 1.85km in peripheral length, comprises two 700m straights and two 250m banked portions each to allow for uninterrupted vehicle motion at high speeds without the need for braking while cornering. The banking varies between 35 degrees to 55 degrees at its highest point and a vehicle can maintain a maximum of 90kph while taking a corner, to then enter the straight patch to attain a top-speed of up to 160kph.

The inner periphery houses multiple tracks for different test purposes. This includes an ABS testing track with a wet surface, steering pad track to measure and test the steering torque, an external noise track built of ISO-standard bitumen to check for tyre and road noise at speeds of up to 50kph, an elevation track to test starting gradeability and descent as well as hand-brake testing, and lastly, a water wading track to test underbody seepage and battery security in an EV.

The setup took almost a year to complete and comes at a cost of Rs 50 crore to NATRIP (ICAT falls under the aegis of NATRIP). This cost only includes the construction of the facility, while the land, equipment and a test track management system (TTMS), which is in the process of being installed, will be over and above the construction cost.

Inaugurating the facility, Arvind Sawant, Union Minister of Heavy Industries and Public Enterprises, said, "ICAT is very rapidly going in the direction of ensuring vehicle safety in India. The vehicles coming on the roads should be safe, and as a certification agency, ICAT can now test and validate these models with more capability at hand."

According to Dinesh Tyagi, director, ICAT, "The new track is good for most homologation needs, while we can also perform some endurance runs on it. With the test track now in place, Site II allocated to ICAT at Manesar gets completed and we can now also offer full developmental support to two-wheeler and three-wheeler manufacturers, while partial developmental work of passenger vehicles can also be done at the facility. We have spent a total of Rs 450 crore on Site II in Manesar."