Top car restorers in Mumbai are witnessing a rise in demand for vintage and classic Mercs as more enthusiasts and owners look forward to participating in the Mercedes-Benz Classic Car Rally. 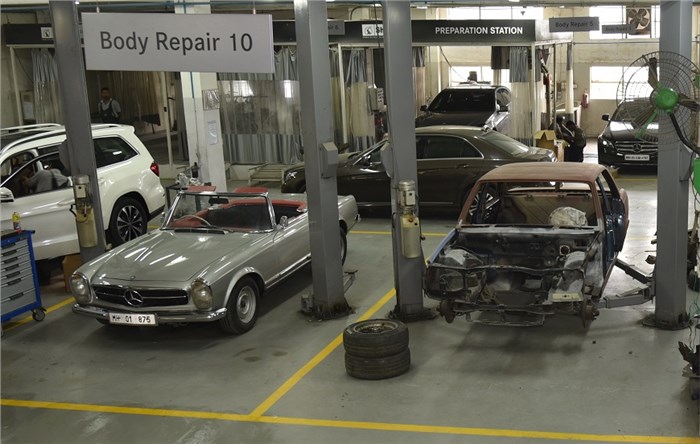 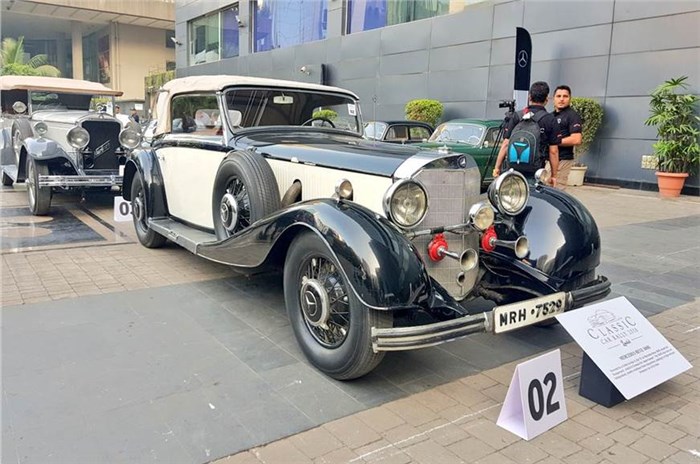 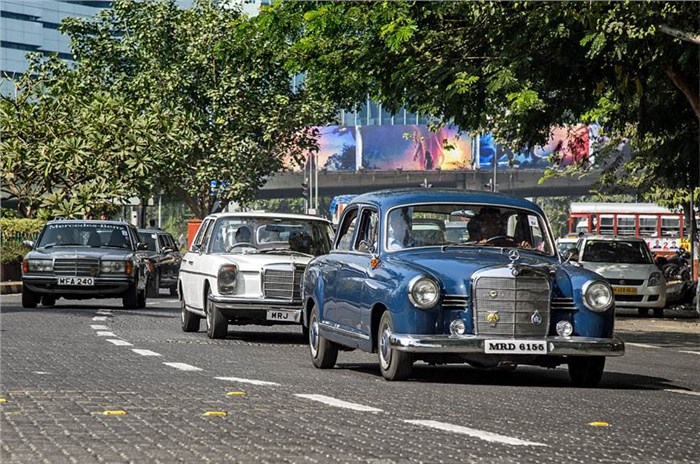 If you are a classic and vintage car buff, chances are the Mercedes-Benz Classic Car Rally (MBCCR) is a must-see event on your calendar. Conducted by Mercedes-Benz in partnership with Autocar India, MBCCR is the place to see some of the finest old Mercs in India in all their grandeur. While the rally itself is a resplendent parade of some automotive gems, the event has also triggered a movement of sorts among collectors and enthusiasts to restore and present their prized three-pointed-star cars. In fact, MBCCR has seen participation swell up over the years, and this despite there being only a limited number of vintage and classic Mercedes-Benz cars imported to India.

And there’s been more variety, too – the first edition of MBCCR only witnessed two 170V models. In 2018, there was nearly every body style (including a rare roadster) of the 170V in attendance with a 230L Pullman for company, which is rare at any classic and vintage car show across the world. Also part of the 2018 edition of the rally were stars such as a 1958 300 SL Roadster, a 1929 W08 Nurburg and a 1914 Benz Runabout, which is the oldest surviving Benz in India.

Each of the five editions of the MBCCR held so far has upped the interest in old Mercs, with the classic car market in India witnessing a sustained increase in demand for vintage and classic Mercedes-Benz cars. As a direct consequence, India’s top car restorers have also got more Mercs on their plate. 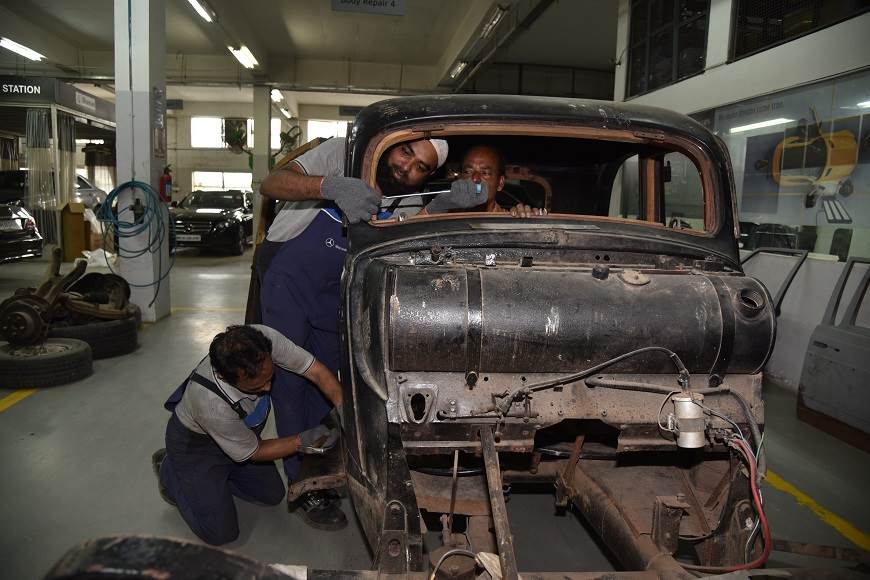 This 170V will go through painstaking restoration before it's road ready.

Mumbai-based Jatin Patel, owner of Wagenwerkz, has been in the car restoration business for roughly six years now and has restored vintage and classic Mercs dating all the way back to the 1950s. He’s participated in MBCCR since its inception. As he works on prepping a Pagoda SL, he says “MBCCR pushes us to make the cars better and better every year to show the world what’s happening in India and in Mumbai in terms of the classic car scene. For the first MBCCR, we had only one car prepared. Over the years, we did 2 cars, 3, 4, and last year we prepared 6 cars for the event. People are getting more into classic cars, and classic Mercs – which weren’t as prominent before – are now getting their due.”

And it’s not just Mumbai – the desire to restore and own a classic or vintage Mercedes-Benz is growing across India, as independent restorer Allan Almeida tells us. “I’m presently working on readying 16 Mercedes-Benzes – a number of which come from different parts of India – for MBCCR. A lot of people from different states have approached me saying “Please restore my classic Mercedes-Benz too.” Thanks to MBCCR, a lot of people today want to acquire a vintage/classic Mercedes-Benz. For me, as a restorer, it means good business. And in all these years, the highlights for me have been restoring Viveck Goenka’s 1929 W08 Nurburg, as well as the 220SE, which was essentially a rust bucket that I restored and it recently participated (and won) in the 2019 Cartier Concours d’Elegance.” 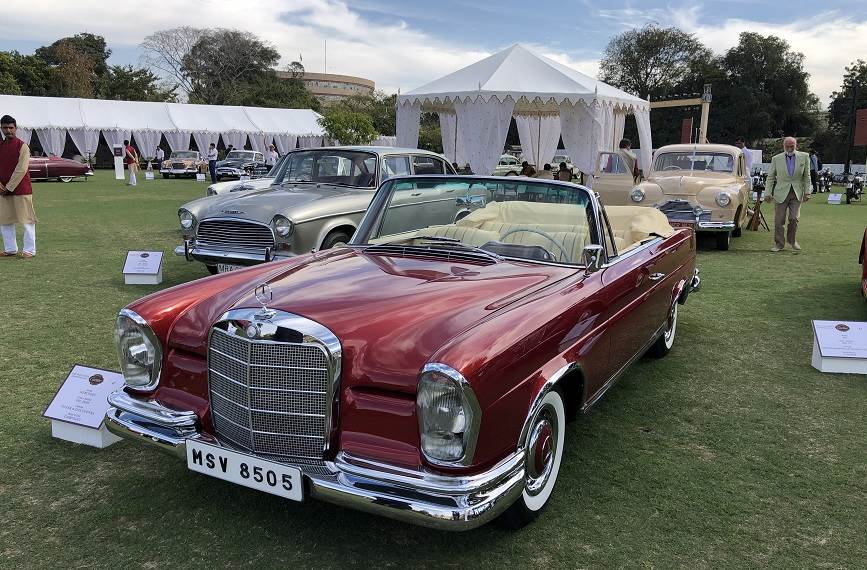 Amar Sheth, Managing Director at Shaman Wheels, an authorized Mercedes-Benz dealer in Mumbai, has also seen demand for vintage and classic Mercedes-Benz restorations grow, and says more people look forward to MBCCR every year. “For the owners of classic and vintage Mercedes-Benz cars, it’s a statement to be present at MBCCR, and they want to come out all guns blazing, so they make sure their cars are ready and in top shape for MBCCR. At any point, in our workshop, we have about 7-8 classic Mercedes cars being restored. This figure has grown over the years. MBCCR has generated awareness among owners and enthusiasts alike and ensured their cars are in good shape”, he says.

Kaizad Engineer, a prominent Mumbai-based car restorer, has prepped Mercs for prominent households such as the Kirloskars and Jeejebhoys. While he is working on a W115 and will enter his own W114 too in MBCCR 2019, Engineer shares that the MBCCR has created a market for old Mercs and states he has “a few projects in the pipeline”.

Perseus Bandrawalla, the curator of MBCCR, adds “There has been a significant increase in participation at MBCCR over the years, and the line-ups have had everything – from every gen of the highly sought-after SLs, including the legendary 300SL, to the trusty W123 (in all body styles from sedans to estates and even a coupe), which has only gained value in recent years. The level of restoration on some of the cars matches that of cars present at concours events abroad.”

The sixth edition of the Mercedes-Benz Classic Car Rally – which also celebrates 25 years of Mercedes-Benz in India – will be held in Mumbai on November 10, 2019.