GM is set to discontinue the Holden brand in Australia and New Zealand by 2021. Additionally it is also selling off its factory in Thailand to Great Wall Motor. 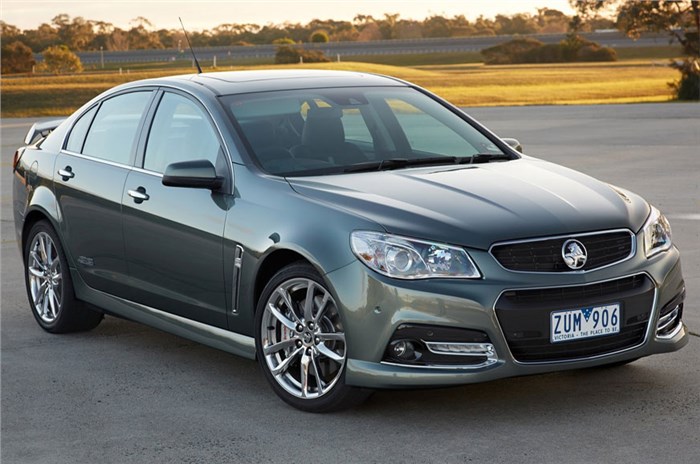 The Holden brand will be axed by parent company General Motors (GM) by the end of 2021, ending the storied Australian brand’s 164-year history.

The company, founded in Melbourne in 1856, has been owned by GM since 1931. It dominated the Australian and New Zealand car markets for decades, but its market share slipped dramatically in recent years and it began to post heavy losses. In 2017, GM shut down Holden's manufacturing operations in Australia, leaving the firm selling a mix of imported and rebadged Opel and GM machines.

Julian Blissett, senior vice president, GM International Operations said that Holden would be “retired” because GM felt the investment required to make it competitive in the Australian and New Zealand markets outweighed the likely return. The American car-making giant said the decision was part of its efforts to "transform its international operations".

Blissett said GM’s would focus its future growth strategy in Australia and New Zealand on speciality vehicles, working with a number of partners.

GM boss Mary Barra added: “I’ve often said that we will do the right thing, even when it’s hard, and this is one of those times. We are restructuring our international operations, focusing on markets where we have the right strategies to drive robust returns, and prioritising global investments that will drive growth in the future of mobility, especially in the areas of EVs and AVs."

In response, Australian Prime Minister Scott Morrison said that he was "disappointed but not surprised. But I am angry, like I think many Australians would be." He added: "Australian taxpayers put millions into this multinational company. They let the brand just wither away on their watch. Now they are leaving it behind."

GM is aiming to refocus its international business around its "core markets" of South America, the Middle East and South Korea, with Blissett adding: “In markets where we don’t have significant scale, such as Japan, Russia and Europe, we are pursuing a niche presence by selling profitable, high-end imported vehicles – supported by a lean GM structure."

GM has also announced that it will sell its manufacturing plant in Thailand to Chinese carmaker Great Wall Motor (GWM), and also withdraw the Chevrolet brand from that country. On the back of confirming its India entry, GWM also showcased a large selection of its vehicles at the recent Auto Expo and has already entered an agreement to purchase GM India’s manufacturing facility in Talegaon, Maharashtra.

A brief history of Holden

James Alexander Holden, who immigrated to Australia from Walsall, England in 1852, founded his eponymous company as a saddlery in 1856. His grandson, Edward Holden, joined the firm in 1905 and, due to his interest in cars, expanded into automobile repair work in 1908. That progressed to more extensive coachbuild work, and, after the war, Holden moved into producing car bodies for the Australian market for both Ford and GM.

In 1931, GM bought Holden and merged the firm with its Australian arm. That quickly led to Holden opening a second factory in Port Melbourne. After the Second World War, the Australian government pushed an initiative to develop an Australian-designed and built car, with the resulting vehicle – simply called the Holden – launching in 1948.

Holden soon dominated the Australian market – accounting for around half of all sales in the country in the late 1950s – helped by a range that included the V8-powered Monaro, a range of Utes, and the Commodore, its most popular model that launched in 1978.

But Holden's market lead in Australia slipped as Japanese and Korean rivals began to enter the market. In 2013, GM announced Holden would cease production in Australia in 2017, due to the high costs of manufacturing in the country.