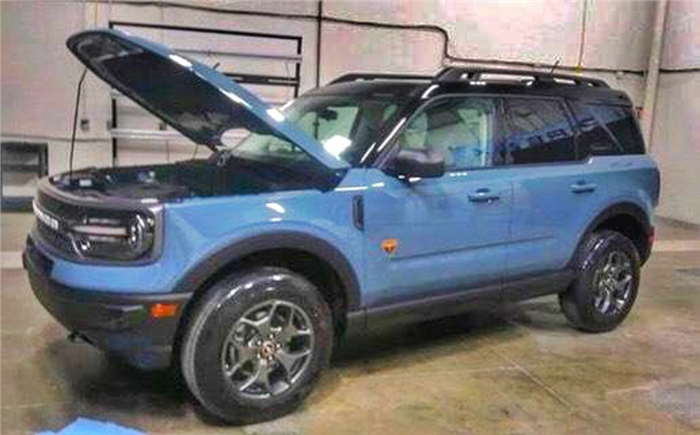 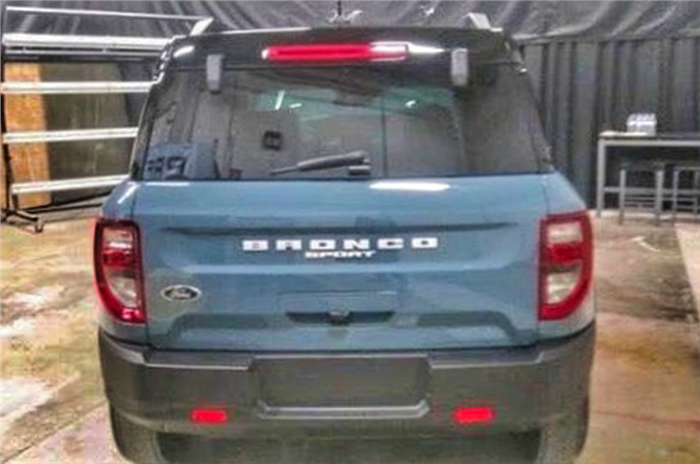 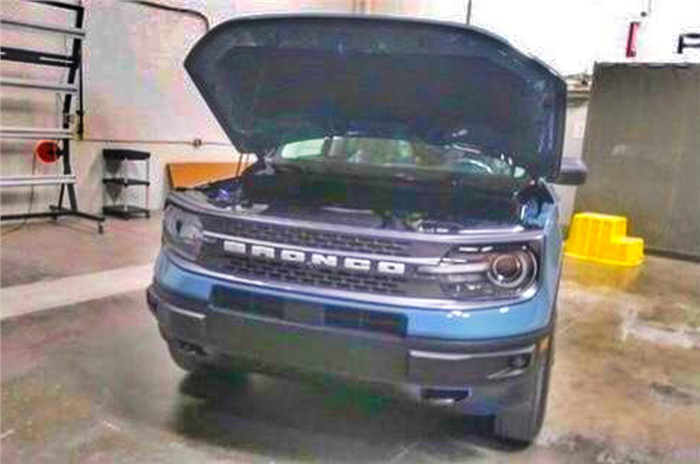 First images of one of the two new rugged retro-styled SUVs from Ford have surfaced on the internet ahead of their April 2020 unveil.  These images show the production version of the Ford Bronco Sport SUV.  The Bronco Sport is actually the smaller one of the two rugged retro-styled
SUVs that Ford will be introducing under the Bronco moniker.
For those who don't know, the Ford Bronco SUV has been an iconic off-roader that was on sale from 1966 to 1996. The company has revived the Bronco name with this new SUV, 22 years since the last car rolled off the production line. While the earlier Bronco range sat on a much larger platform that also spawned popular models like the Ford F-150, the upcoming Bronco line-up has two SUVs with the smaller Bronco Sport (seen here) using the Ford Escape underpinnings while the yet to be seen Ford Bronco will be sharing platform with the Ford Ranger and the Everest SUVs (Endeavour for India).
The Ford Bronco Sport gets a freshly styled bodyshell with multiple cuts and creases and blacked-out bits. It has a large black grille with huge Bronco badging with wide headlamps on each side. The headlamps feature round LED daytime running lamps and horizontally placed LED turn signals that merge with the grille. It has small air intake and a chunky front bumper with two hooks.  The body sports a dual tone look with the bottom consisting of black cladding and the top half again seen with contrast black paint.  The model seen in pictures features chunky alloy wheels in gunmetal finish and faux brushed aluminum finish on the roof rails. The SUV's window line features a major kink just aft of the C-pillar with the rear quarter glass positioned slightly higher. This styling element is also expected to be seen on the larger Ford Bronco SUV in its five-door guise.  At the back, the tailgate features multiple creases and large Bronco Sport branding. It gets vertical taillamps and a wide glass window.
There are no interior pictures out yet, however as mentioned above, the Bronco Sport will be based on the Ford Escape SUV that also rivals the Jeep Compass and the Toyota RAV 4 globally.  This means, the SUV will most likely share engines from the Escape that include a 150hp 1.5-litre Ford EcoBoost or a 2.0-litre 250hp version of the same engine family, depending on variant.
Expect more details and information on the Ford Bronco retro-SUV twins to surface in the coming days. While there is no news of the Ford Bronco SUV range making its way to India, Ford has recently introduced the BS6 compliant range including the Endeavour SUV. The company is also working on an all-new SUV that will share underpinnings with the next-gen Mahindra XUV500.