First-gen BMW i3 to go out of production in July

The i3 was the first BMW to offer a pure-electric driveline. It went on sale overseas back in 2013.

BMW never sold the first-gen i3 in India. 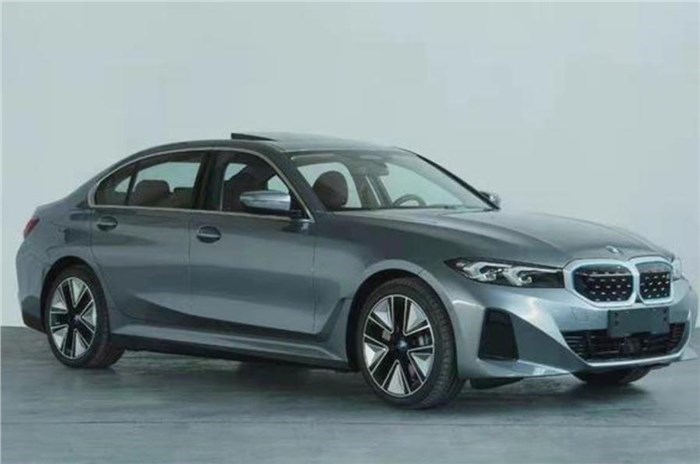 New i3 is based on the 3-series sedan. China only for now.

BMW will stop production of the first-gen i3 hatchback that is on sale in some international markets since 2013.

In an interview with our sister publication Autocar UK, a BMW spokesperson confirmed the final example of the compact electric five-door is due to roll off BMW’s production line in Leipzig, Germany in July ahead of a reorganisation of the manufacturing facility in preparation for a start of production for the upcoming third-generation Mini Countryman during the second half of 2022.  Previewed in concept car form in 2011, the i3 was the first BMW model to offer a pure-electric driveline, preceding the larger, Chinese-produced BMW iX3 SUV introduced in 2021.

The quirky hatchback, with its rear-hinged rear doors and expensive carbonfibre construction, will be indirectly replaced in the BMW line-up by the iX1, an electric version of the third-generation X1. The five-seat crossover, set to be unveiled this year, was originally planned to be produced at a new manufacturing facility in Debrecen, Hungary. However, delays in construction to the greenfield site mean the i3 successor will now be produced at BMW’s Regensburg factory until 2024, according to Autocar UK sources. As with the next X1 and new Mini Countryman, the new entry-level i model is based on BMW’s FAAR platform – a move that also signals the end of production for the aluminium-intensive DriveLife platform that underpins the i3.

The spearhead of BMW’s electric car initiative, the rear-wheel-drive i3 was initially sold with the choice of a single-motor electric drivetrain or a range extender (REx) drivetrain, combining a 647cc two-cylinder petrol motorcycle engine and an electric motor. In both cases, it used a 22.2kWh lithium ion battery and developed maximum power of 168hp. A subsequent facelift in 2017 raised the battery capacity to 33.3kWh. In the same year, the i3 S, a performance model boasting wider tracks and 181hp, was added to the line-up. BMW confirmed production of the i3 surpassed the 2,00,000 mark in October 2021. By the end of production in July 2022, officials expect it to have surpassed 2,50,000 units.

As far as India goes, BMW did showcase the i3 at multiple events here to gauage customer reaction, however, the model never went on sale to the general public.

Second-gen i3 already out in China

BMW recently unveiled an all-electric sedan with the name i3 that will go on sale in China for now. It is based on an upcoming facelifted version of the Chinese-market long-wheelbase 3-Series sedan. Read more on that here.