As per data released by FADA, the automobile segment witnessed a 13.43 percent decline in vehicle registrations year on year. 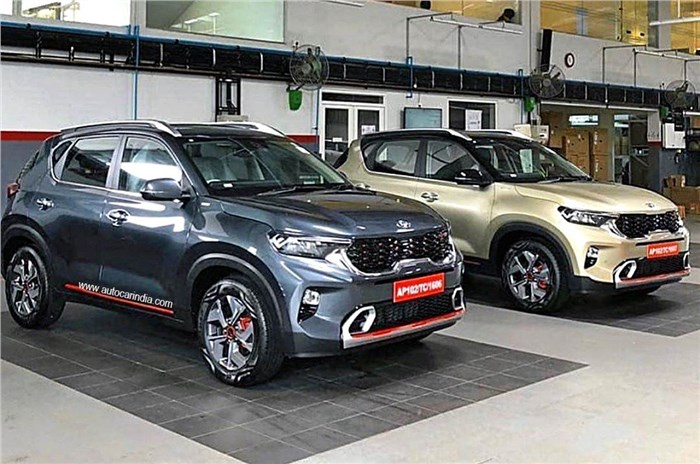 The Federation of Automobile Dealers Associations (FADA) has released the monthly vehicle registration data for February 2021, which saw overall sales of 14,99,036 units (Feb 2020: 17,31,628 units) a decline of 13.43 percent year-on-year (YoY). Interestingly, the tractor segment continues to report robust growth, while the passenger vehicle (PV) sales were in the green albeit a low-year ago base. 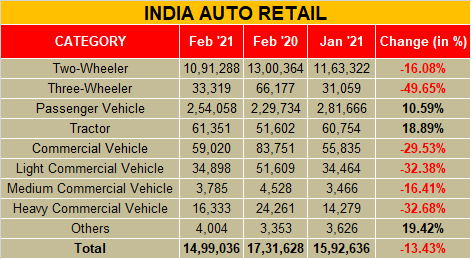 Commenting on the auto retail sales number, Vinkesh Gulati, president, FADA said, “Auto registrations continued to fall in double digits by -13.43 percent YoY in the month of February. While tractors maintained their outperformance compared to the broader market, passenger vehicles witnessed double digit growth on a low base of last year as India started transitioning from BS4 to BS6 emission norms. This coupled with the global semiconductor outrage has kept the waiting period of PVs as high as 8 months. FADA Survey showed that 50 percent PV dealers have lost more than 20 percent sales due to non-availability of vehicles. Two-wheelers continued to see a sluggish demand as the new wave of Covid in certain states kept customers away.” 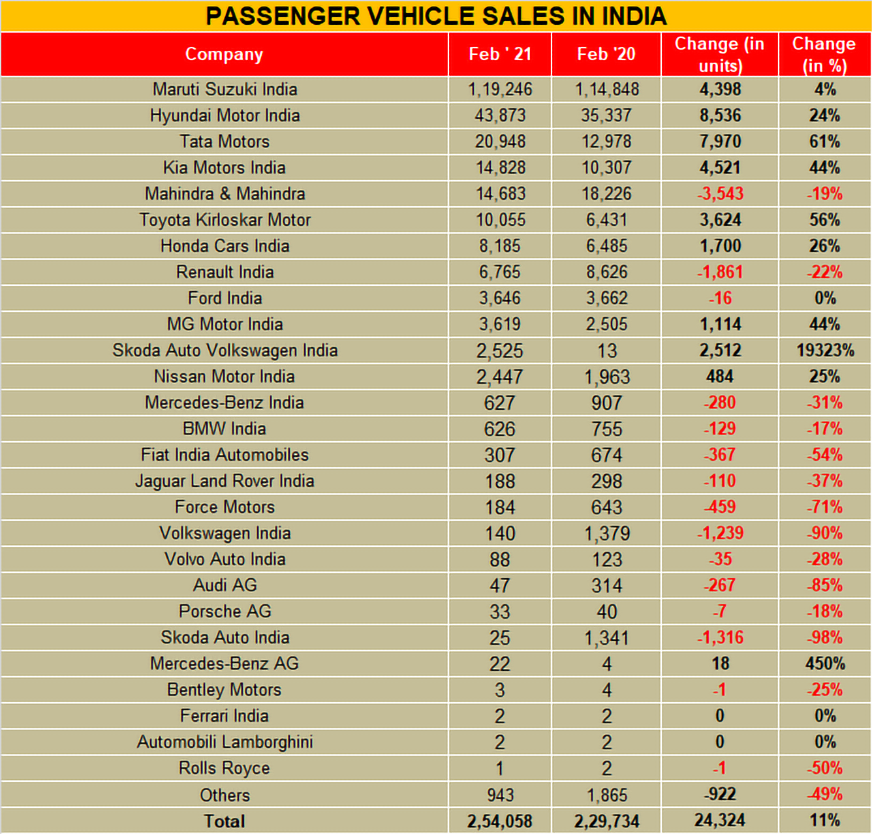 He mentioned that enquiry levels have also narrowed as many educational institutions were still reluctant to open. The recent turmoil and the rising fuel prices have also put a dampener in consumer sentiments, which in-turn has pressed a “brake on the sale of entry level price sensitive category.” 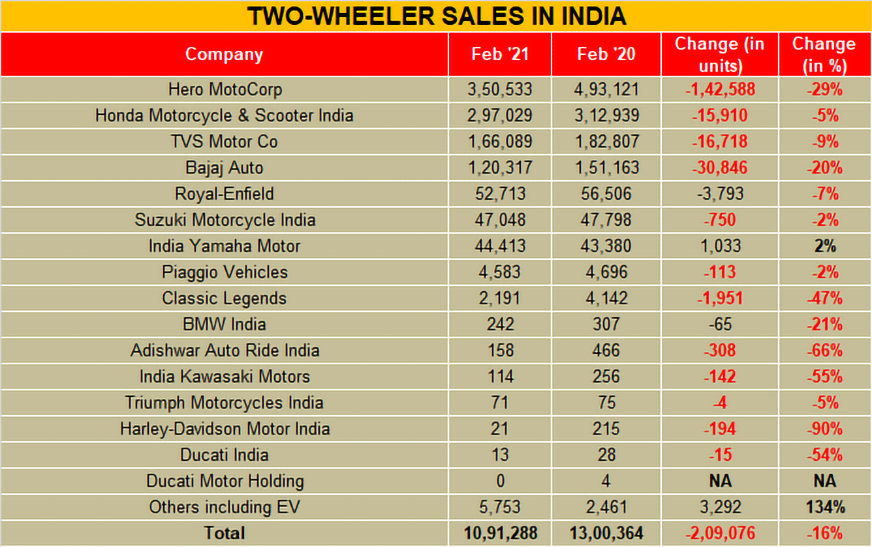 Gulati further mentioned that the overall CV segment continued to falter despite seeing a good pent-up demand during the months after unlocking. He added that negligible sales of passenger buses due to closure of educational institutes and supply side constraints have kept the registrations in deep red though tippers and heavy commercial vehicles are witnessing initial signs of revival due to the government’s infrastructure push creating demand.

India’s economy resurfaced to growth territory in the third quarter of FY2021, reporting a 0.4 percent rise in the GDP. The farm sector continued to remain resilient, clocking a 3.9 percent growth in Gross Value Added (GVA) to the economy, after recording 3.3 percent and 3 percent rise in the first two quarters. This has enabled a strong growth in sales of tractors which is expected to continue to outperform overall registrations in the near term.

FADA said fuel consumption which had almost recovered from the lows of the pandemic is once again witnessing headwinds due to historic price hikes. This will have a negative impact on two wheeler and commercial vehicle sales. Consumer spending, which is the driving force behind India’s economy and accounting for 60 percent of the GDP, fell 2.4 percent showing signs of sluggishness despite the quarter being in the festive season, which reflects that consumers are still uncertain and worried about their income and cautious about spending. India’s growth engine will only see full recovery depending on the pace of the world’s largest vaccination programme. A rapid increase in new covid cases will thus reduce the pace of recovery and hence impact overall auto demand.

The organisation also said that while it was thankful to the finance minister for announcing the Voluntary Scrappage Policy, it continues to await the fine prints of the same. It has also urged the government to hold diplomatic discussions with countries manufacturing semi-conductors so that the momentum which was built thus far in auto sales is not lost and the industry continues to fuel the recovery process. Overall, FADA continues to remain guarded in its optimism for vehicle registrations in March.