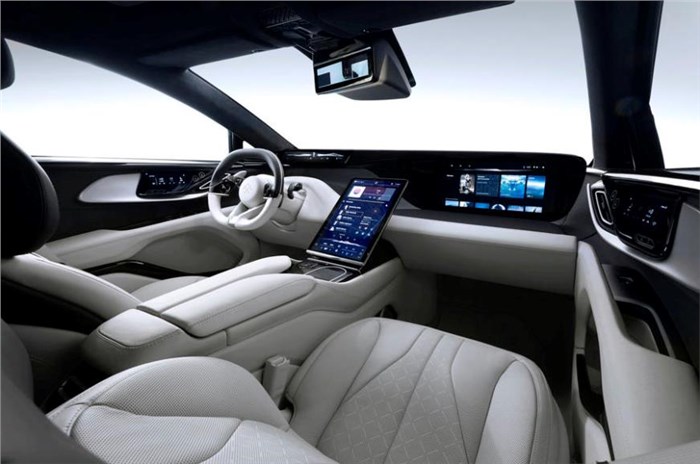 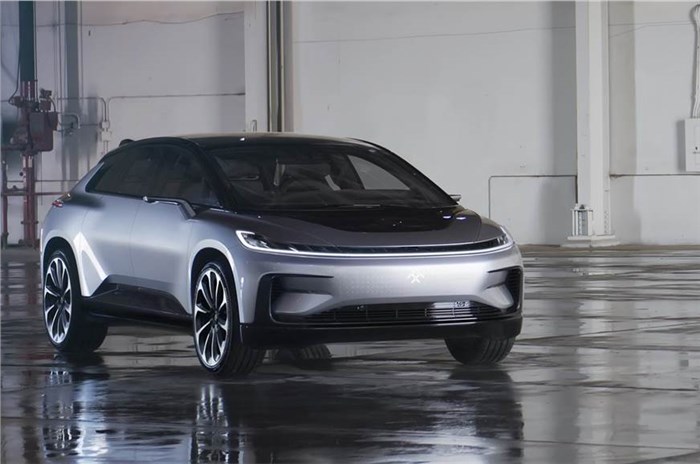 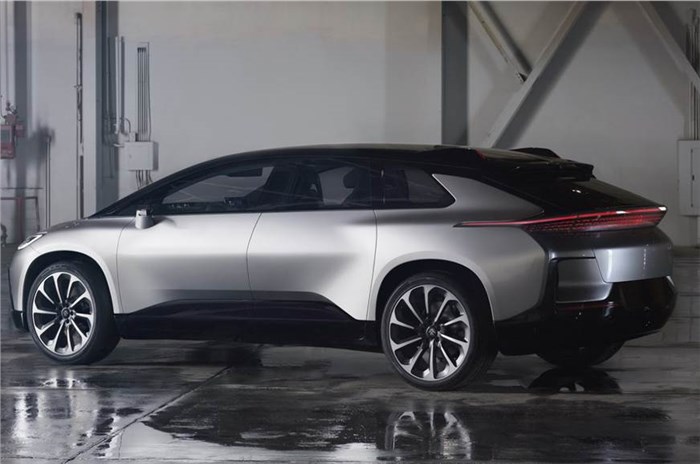 Faraday Future has revealed details about the interior of its upcoming FF 91, which it claims will “change the concept of digital life” in a car. The Sino-American start-up company described the interior of the electric SUV, whose interior was previewed at the ongoing Los Angeles motor show, as a "third internet living space" that's intended to integrate artificial intelligence, the internet, luxury and comfort. It further commented, "The smart TV was introduced first in 2013 and changed the way we access digital contents at home. Faraday Future's mission is to change the concept of digital life when we're in our vehicles."

The interior of the car is heavily digitalised, with 11 screens, including a 15.4-inch infotainment screen, 11.6-inch digital instrument display, 10.1-inch digital rear-view mirror and a 27-inch HD TV built into its roof. These are complemented by several interior cameras that recognise users, their expression and their mood and adjust settings such as music and temperature to suit.

Internet is provided through three 4G LTE modems, which can also be used for live-streaming, alongside monitors to take conference calls. The infotainment system comes with integrated Amazon Alexa digital assistant and Sharedrop, a file sharing app.

The seats are 14-way adjustable, with massaging and heating options, and can recline up to 60 degrees, the greatest recline angle in any current production vehicle, according to Faraday Future.

No key is needed for the FF 91. The vehicle recognises users as they approach, opens the door and adjusts the interior to customised settings. The ‘Seamless Entry System’ uses low-energy Bluetooth frequencies from the user’s smartphone to “awaken” the car before it's entered, tailoring settings to the user’s preferences, including seats, mirrors, temperature, music and screens. Faraday Future says its goal is that users are “able to transition from your home to your phone and then to your car without interruption”.

For the uninitiated, the FF 91 EV was first revealed at the 2017 Consumer Electronics Show in Las Vegas. Though production was initially slated to start in 2018, the company had to put the plans on hold owing to financial difficulties. Faraday now aims to commence series production in 2020.

The FF 91 is touted to generate 1,065hp from an electric powertrain that's claimed to propel it from 0-96kph in less than 3.0sec. Electric motors are mated to a 130kWh battery and deliver 608km of range based on the US-standard EPA test. The Tesla Model X rival is described by Faraday Future as “a bold new species of electric mobility that combines supercar performance, precise handling, the comfort of an ultra-luxury passenger vehicle and a unique collection of intelligent internet features”.

There has been no official announcement about Faraday Future bringing its flagship EV to our shores. However, the EV landscape in India is maturing well and the future looks promising, with models from mainstream automakers like the Audi e-tron, Jaguar I-Pace and Porsche Taycan set to make their debut in our market next year.