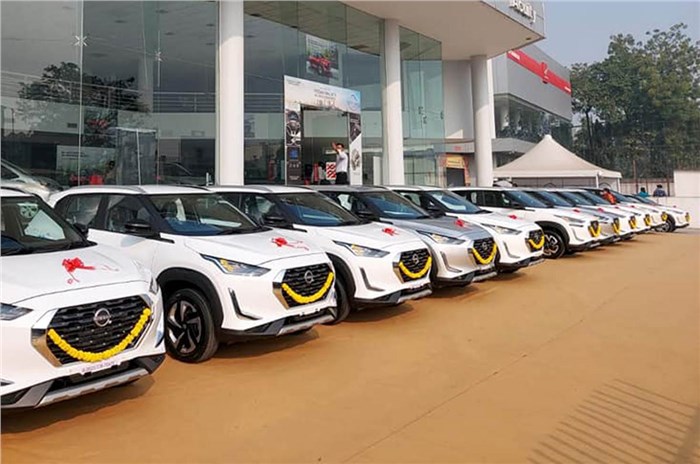 The Federation of Automobile Dealers Associations (FADA) released Vehicle Retail Data for June 2021, which saw overall sales of 12,17,151 vehicles in the country (+22.62 percent YoY, albeit a low base) compared to 9,92,610 units compared to the same period last year.

All the segments came out in positive, including the two-wheelers (+16.9 percent) and passenger vehicles (+43.45 percent) segments, though only the tractor segment was in the positive when compared to data from June 2019. In terms of inventory, FADA says till end-June, the average inventory for passenger vehicles was 30-35 days, while for two-wheelers it was 20-25 days. 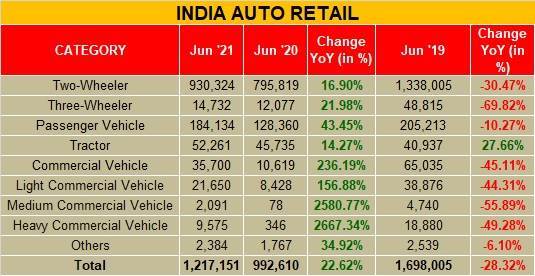 According to FADA, the improvement in monthly sales was attributed to ‘reopening of most states, except the ones in south, and high pent-up demand which was stuck in the system because of state-wide lockdowns.’

Vinkesh Gulati, president, FADA said: “While all the categories were in green, passenger vehicles maintain to see good demand as customers continued to show keenness in vehicles for observing social distancing and safety of their families. Two-wheeler category, though in green, has witnessed a softer recovery, as rural market is taking time to get back from post-COVID-19 stress. Commercial vehicle segment has seen a staggering growth over last year, though on a very low base, as there were product shortages due to BS6 transition."

"Overall, the Industry is still not out of the woods. When compared to June 2019, we are still in red by -28 percent, with 3W and CVs taking the max hit as they are down by -70 percent and -45 percent, respectively. Only tractors continue to grow as it was up 27 percent compared to June 2019.”

The FADA chief thanked the government of India and previous MSME Minister, Nitin Gadkari, for bringing the entire auto retail under the ambit of MSME. FADA says this will definitely help auto dealers in multiple ways, may it be lower cost of financing or lower utility rates to name a few.

The apex dealer body says it expects the positive momentum from June to carry forwards to July. With southern India opening up, it expects further pickup in demand. On the long-term view, “auto industry is yet to see retail numbers comparable to FY 2019.”

In addition, the continued global semi-conductor shortage is creating a demand-supply mismatch and is thus restricting the growth of passenger vehicles. On one hand, while the new virus mutants and a prediction of third wave in August is affecting sentiments, the revival of monsoons in July after a pause of two weeks and a better vaccination drive rate continues to build some hope.

“We will therefore have to wait and watch how the overall economy shapes up over the next couple of months. We hence see demand to be a mixed bag and hope that recovery is back on track by the time Navratri and Diwali knocks our door,” concludes Gulati.