This new tyre monitor will help users keep track of tyre condition and the causes for any damage done to the tyre. 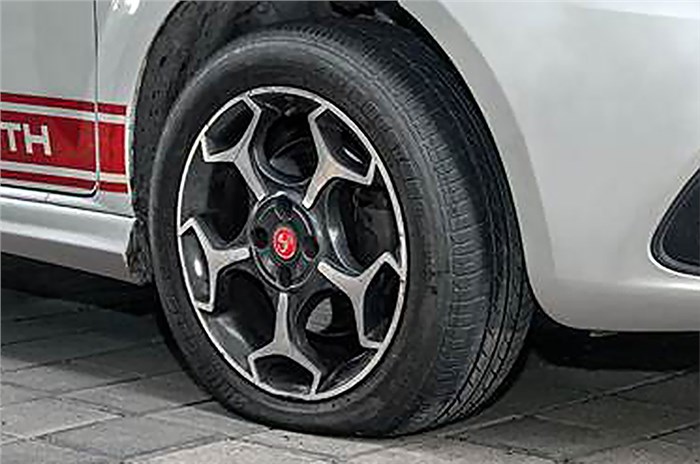 Tyre manufacturer Bridgestone has teamed up with software giant Microsoft to develop a tyre damage detection device that could significantly reduce the risk of road accidents. The new Tyre Damage Monitoring System (TDMS) can detect when a tyre has been damaged by an impact with a pothole, kerb or debris and immediately notifies the driver.

The system uses data from Microsoft’s Connected Vehicle Platform (MCVP) cloud framework as well as from sensors already fitted to a vehicle and uses algorithms to detect irregularities in the tyre surface.

Because the system understands when and where damage has occurred, it could be used to notify road maintenance agencies about potholes or other hazards that pose a risk to drivers - a function that, Bridgestone says, will be especially useful for future autonomous vehicles.

The manufacturer claims that there is “no other equivalent monitoring system available in the market” and that the closest alternatives require additional hardware to be fitted to the vehicle.

Up until now tyre pressure monitoring systems could only detect pressure variations so would generally be slower to give warnings compared to Bridgestone’s new device.

Bridgestone estimates that tyre damage is a factor in 30 percent of all car accidents related to tyre failure and is particularly difficult to guard against without regular, close inspection. Damage to tyres can also have a knock-on effect on the wheels, as well as suspension and steering components, increasing the risk to safety.

The TDMS is now available to fleets and manufacturers that use MCVP to provide autonomous functions. Volkswagen, for example, uses MCVP as the basis for its own ‘Automotive Cloud’ digital infrastructure.

Over 600 road crashes recorded in India during lockdown